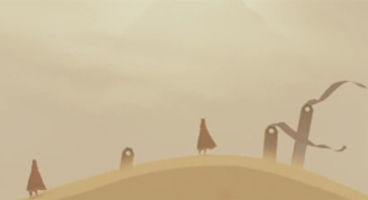 <Update> It's called 'Journey: Collector's Edition' and bundles the three. The studio "can't say anything more."

Original story: A listing for something dubbed 'Journey Compilation' appeared but has now been removed from GameFly. Developer thatgamecompany created Journey for PS3 via PSN.

This physical bundle is rumoured to include the studio's other two PSN releases; flOw and Flower. Digital releases going physical aren't all the uncommon. Will it arrive this August?

The product listing on GameFly has been taken down but was spotted by Superannuation. Journey featured players being able to aid one another, but not communicate.