EA "confident that Origin will be stable" for international SimCity launch 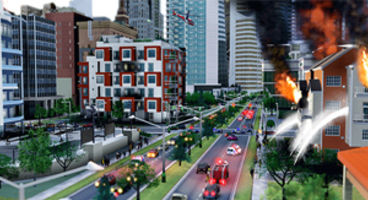 North American Mayors are having a hard time of it as SimCity officially launched yesterday State-side but sheer demand crippled EA's Origin service preventing people from playing the game at all.

EA has learned from this disaster, they say, and are "making changes to prevent further issues," and they're also confident that "Origin will be stable" when SimCity launches internationally.

Some users complained that their SimCity wasn't unlocking for download via Origin, or that extremely long queue times were keeping them from playing at all.

"Due to the high demand for SimCity, Origin has experienced delays impacting a small percentage of users. We’re working non-stop to resolve," tweeted the official Origin Twitter. This is a disaster for a game that requires a constant connection to EA's servers. Even if you choose to play in a private region without other players you still need to login.

"We’re making changes to prevent further issues, and are confident that Origin will be stable for international launches later this week," they later tweeted. EA has already given refunds to those demanding their money back. The furore of course stems from the fact that SimCity has traditionally been single player, but can now support multiplayer, however the always-on requirement means the difference between the two is irrelevant come game launch.