Rumor: Next-gen Microsoft console will be "smaller and denser", with "flattened controllers" 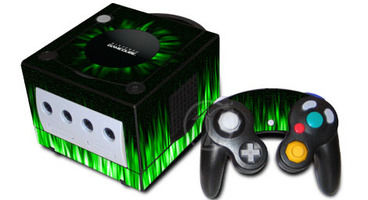 Will it look like a green GameCube? Unlikely.
The Verge claims that "inside sources" has revealed some of the details of the upcoming next-gen Microsoft console, including the idea that it will be "smaller and denser", and will have a "flattened controller".

The site also claims that the sources have told them that Microsoft will release an Xbox 360 dashboard update in the next few weeks to prep for the "Xbox Infinity", the current flavor of the month for the system's unannounced name. Some of the update will be to introduce a Windows 8.1 style user interface. Gamers will be able to chat with friends on the next-gen console from their old Xbox 360, as well as view their achievements and so on.

Finally, after years of speculation, the update may include the killing of the Microsoft Points scrip system, to be replaced with both gift card and real money payments.

A lot of this speculation will end in a few days during Microsoft's 21st May presentation of the next-gen system.