Report: Bethesda planning 'Legendary Edition' with all DLC for Skyrim 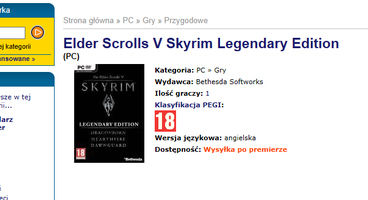 The official adventures of Nord life in The Elder Scrolls V: Skyrim have been called to a close as Bethesda announces no more expansions or add-ons will be released. That means it's 'Legendary Edition' time.

Apparently this special edition has been spotted at Polish retailer Ultima, with a June 7th date. It will include all DLC produced for Skyrim for Xbox 360, PS3 and PC.

The console versions are priced around £35/$54 while the PC version is at £29/$44. If true, this Legendary Edition would include Dawnguard, Hearthfire and Dragonborn.