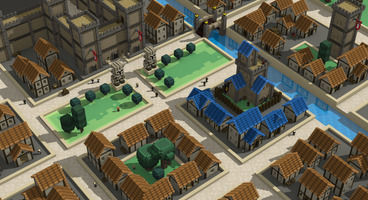 Indie developers Radiant Entertainment's Kickstarter drive is finished, and the The Settlers-meets-Minecraft game demolished its $120K goal and finished with just over $750K, just making its stretch goal for that tier.

The drive managed to get its three playable kingdoms stretch goal at $600K, and the $750K goal adds Dwarves as one of the playable races. (However, the Dwarves will be added post-launch.) The most intriguing stretch goal at $1M was a persistent world with players connected online; this may be something added after release as well.

The developer posted in the update, "As I'm typing this we're closing in on just 6 hours left on our Kickstarter. Yesterday was actually our strongest day of the entire campaign, and that coupled with another great day today has catapulted us across the $750,000 line (when factoring in our $44,000 of PayPal pledges) and the Dwarven playable race stretch goal!

You guys are amazing."

Stonehearth is expected to be released around September 2014, with beta testing starting December 2013. 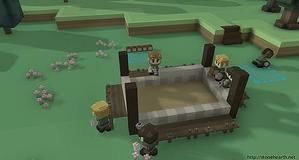