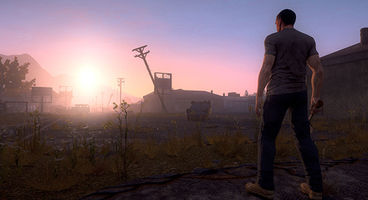 How will Sony Online Entertainment be extracting monies from us with their new zombie apocalypse MMO H1Z1? They'll be leveraging the power of 'wearables', because gamers just can't say no to novelty hats.

Their current "pretty awesome idea" is to have wearables lootable by others, where they then get to wear them "for a few deaths." The original owner doesn't lose items.

This introduces durability in the world of H1Z1, where those who actually buy an item won't suffer this degradation, only when you loot someone's unfortunate corpse.

John Smedley, boss of Sony Online, was adamant they won't be micro-transacting ammunition, guns, food or water. "That's kind of the whole game and it would suck in our opinion if we did that," he said in a H1Z1 sub-Reddit. He added that means no boosts that affect those particular items either. No Thirst Quencher Deluxe smoothies.

The SOE team feel wearables are a "good, fair revenue generator" for H1Z1, but they'll have plenty to find and craft in the game. "We've also come up with a pretty awesome idea to let players who kill other players loot stuff," he continued.

"So if a player has a black ski mask and gets killed by another player, that player can wear the ski mask for a few deaths." This doesn't mean items are at risk: "Please note the original player always keeps their SC purchased wearables," he clarified. "This gives the great feeling of whacking some unsuspecting fool who decided to bring a knife to a gun fight."

Emotes will also be peddled. "We felt like this is another good and fair revenue generator," he said, with additional character slots another "reasonable" source of money. They'd have supply crates dotted throughout the H1Z1 game world that'll be filled with "random cool stuff from the store", which would require a key to open.

Check out the H1Z1 sub-Reddit for more on SOE's early monetization plans.