30 July 2014 | By Nick Horth
Activison has announced the three special editions of Call of Duty: Advanced Warfare that will be available when the game drops this November.

The Digital Pro Edition, Atlas Limited Edition, and Atlas Pro Edition all come with their own extras, of course, including new weapons and customisation options.

In addition you'll get a new map, 'Gorge', and both Pro editions (Atlas and Digital) come with the full Advanced Warfare Season Pass, which packs up all future content for the game. Jesus, there's more. All Atlas Editions will include a steelbook case, the official soundtrack, and an Atlas: Advanced Soldier manual.

A mess of different versions packing in a bunch of ridiculous load of nonsense you don't really need, but there you go. That's just the way all big-name releases go these days. Call of Duty: Advanced Warfare hits PC and consoles this November 4. 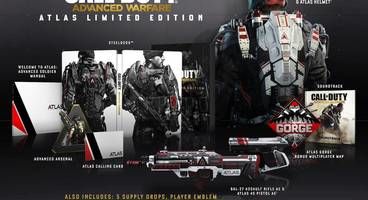 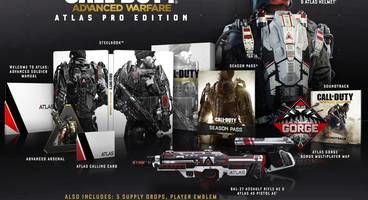