Nexon: Free-to-play MMO Ghost in the Shell Online launches in Western markets in 2015

07 April 2015 | By SimonPriest
Korean publisher Nexon will be bringing their free-to-play Ghost in the Shell Online MMO to the UK, Europe, the US, Latin America and Australia some time later this year. It won't be confined to just South Korea and Japan.

The MMO is based off the anime Ghost in the Shell: Stand Alone Complex. Characters share abilities from their customisable cyborgs with others nearby, with PvE and PvP content included.

Nexon America is their dedicated Western arm of the publisher, and they've signed up the likes of Splash Damage's Dirty Bomb, as well as whatever Cliff Bleszinski and his new studio Boss Key Productions is working on. Check out the foreign language trailer below.

The net is vast & infinite & the rumors are true: Ghost in the Shell Online to debut in US, EU, LATAM & AUS in 2015! pic.twitter.com/4qEKSDkyJy 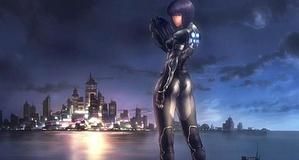