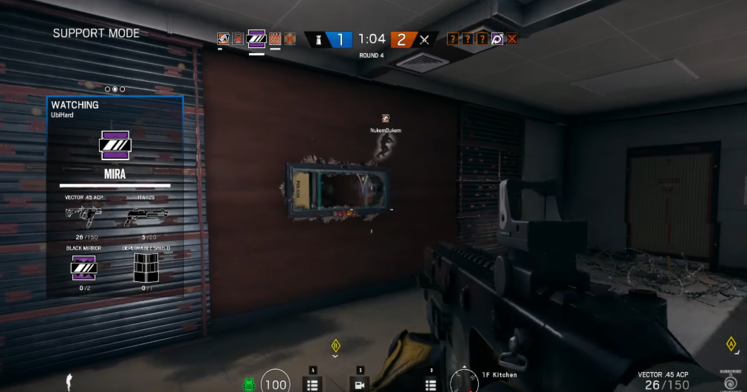 With a free weekend just about wrapping up and the discounts going the way of the dodo yet again, it's about time for Season 2 of Rainbow Six: Siege to kick off in full force.

We still think anyone talking about the UbiBlog site sounds like they're saying Ubiblob, but it's a good place to get some quick knowledge in either way when it comes to new updates and just how people will be killing you with their new abilities.

Tomorrow marks the start of Year 2 for Rainbow Six: Siege - a multiplayer squad-based tactical FPS that was originally planned to wrap up at the end of its first year. The Red Velvet update follows in the footsteps of past releases bringing two new Operators - Mira & Jackal - into the fray alongside a new map - of which will be free to all players.

The Spanish Are The First To Enter Rainbow Six: Siege's Year 2 Efforts

The Operators, on the other hand, will become available for Year 2 pass holders tomorrow for a week of exclusive use. After which, regular players will be able to make use of Mira's exclusive 'Black Mirror' or Jackal's 'Eye-Nocs' abilities. Both of which present a new way to mix up the meta in some pretty exciting ways. Roaming the battlefield isn't such a good idea anymore.

The video shows Mira's ability to create a rather large one-way peep hole in a reinforced wall while Jackal follows fresh tracks to give away enemy positions at the flick of a switch. If you're still in need of a copy, the sale prices are still on for a few hours yet.