1C Company are over at PAX East showing its latest line-up, including three new titles that were announced at the show - Fell Seal: Arbiter’s Mark, Gift of Parthax and Eternity: The Last Unicorn.

Fell Seal: Arbiter’s Mark is a story-driven, turn-based tactical RPG that will be released for the PC, Xbox One and PlayStation 4. The release date is currently set for Q2 2019. 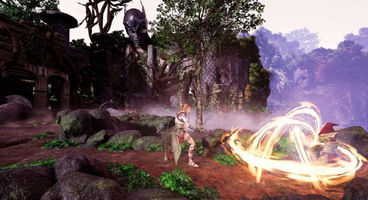 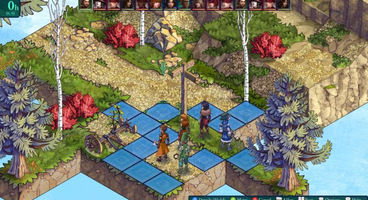 Gift of Parthax is a 2d top-down arena fighter that will be released for the PC and Xbox One in Q3 2018.

Eternity: The Last Unicorn is an RPG based on Norse mythology, which will be released for PC, Xbox One and PlayStation 4 in Q3 2018.

“We've hand-picked seven titles from our current lineup to bring to PAX East 2018, with three brand new games highlighting the great range of strategy and RPG experiences on offer from 1C in the coming months.,” said Nikolay Baryshnikov, VP of 1C Company. “RPG gamers will love the first look at Fell Seal: Arbiter’s Mark and Eternity: The Last Unicornand strategy gamers will enjoy updated builds for Ancestors Legacy and Re-Legion—come see us in booth 21085 to play some outstanding PC and console games!”

1C Company also released a PAX East 2018 Showreel, which features small gameplay snippets from all of the titles that it has on show at the event. Check it out below: