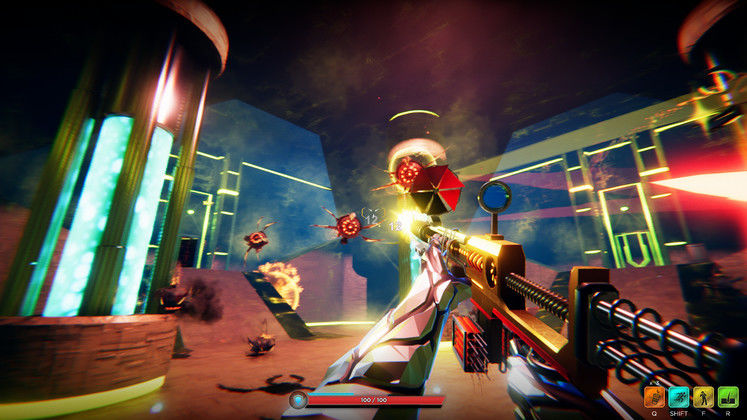 NVYVE Studios has announced that it's developing HYPERGUN, a fast-paced roguelite shooter that's coming to the PC, PlayStation 4 and Xbox One this summer.

Here's the Overview from the official Steam Store page:

Save the world as DevTech Labs' fearless intern, Dewey Owens in HYPERGUN! A fast-paced roguelite shooter centering around a procedural weapon of questionable effectiveness, it's up to Dewey to master the ultimate combat simulator. Fighting through waves of alien interlopers in a simulation designed to create the ultimate weapon, players will unlock exciting new classes all while gaining powerful abilities in their journey to create the HYPERGUN!

Will you be picking it up?