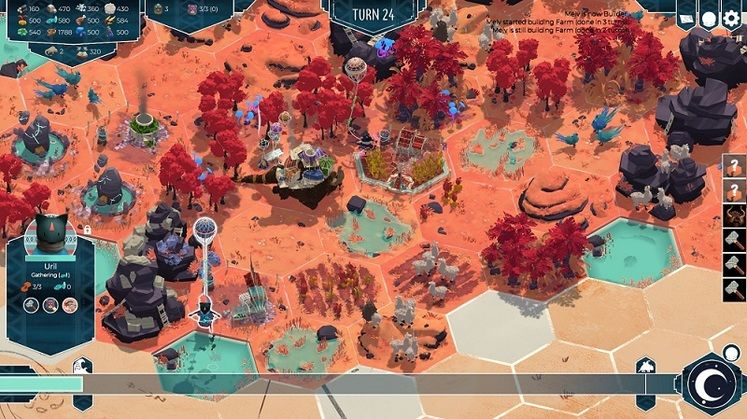 Publisher Goblinz Studio and developer Unexpected today announced that nomadic village builder As Far As The Eye has locked down its release date to Thursday, September 10.

That's when As Far As The Eye will arrive on PC, via Steam, Epic Games Store and Gog.com, tasking players with ensuring the survival of their mobile village as they outrun an impending flood.

A turn-based game with rogue-lite elements, As Far As The Eye sees players taking control of one tribe from a total of four, guiding it across a procedurally-generated hex-based map. 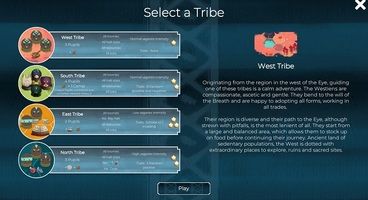 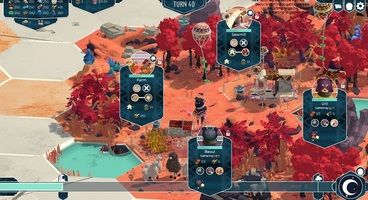 As Far As The Eye Release Date

While movement will be vital for outrunning the flood, your tribe will need to perform halts in order to gather resources that fuel their lengthy journey to the safety of the Eye.

You'll need to pick the right spot so that you can gather enough resources and build mobile or static buildings to aid in that purpose or improve the infrastructure of your village.

On your journey, you'll be able to teach your villagers "the ways of agriculture, crafting, scientific and mystical research abilities" from a large wheel of skills and assign them traits.

The only enemies you'll face in As Far As The Eye will be various natural disasters like rain and thunderstorms that can end up ruining your plans for any particular turn.

You'll also be able to find friends and recruit new Pupils to your tribe to increase your chance of safely reaching the Eye.

As Far As The Eye seeks to temper its complexity with a rather pleasant graphical style, which you can check out in its gameplay preview video below.

As Far As The Eye's release date is set for September 10, which is when you'll be able to play the game on PC, through Steam, the Epic Games Store and Gog.com.