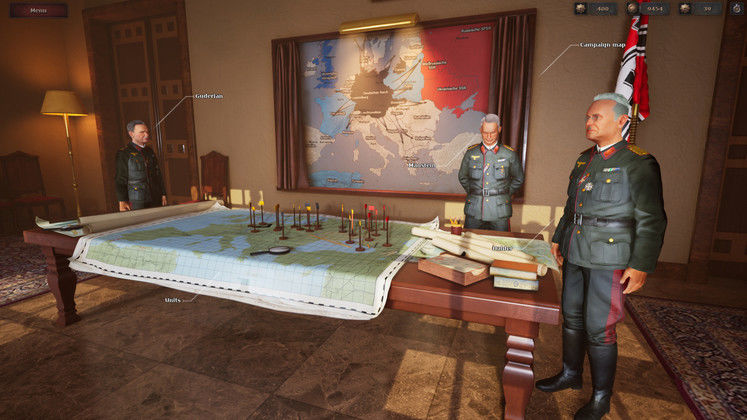 There are some days where you just need a good ol’ fashioned turn based strategy. After all, there’s nothing quite like mixing the intellectual with watching tanks blow stuff up. This is what you get with Strategic Mind: Blitzkrieg, the sequel to last year’s Strategic Mind: The Pacific. Made by a team that clearly loves wargames, it takes its arm on WW2 and the battles that took place in Europe.

If you want to know how Blitzkrieg stands up compared to the competition, here are 5 reasons to check out Strategic Mind: Blitzkrieg when it becomes available on Steam. 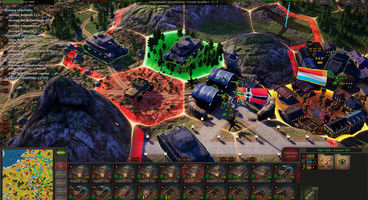 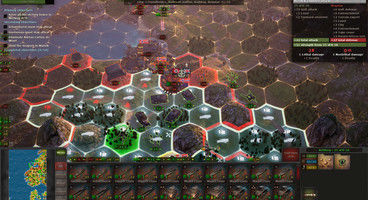 1. A What If Approach to History

Alternate Universes are incredibly popular, especially in the context of WW2. Yet, Strategic Mind isn’t interested in a straightforward “what if the Nazis won WW2?” story. Instead, there is a lot more detail, looking at ways an Axis victory might have happened. It would be very easy to take an Exploitation flick approach, but the team at Starni Games seem interested in taking a more nuanced approach to the topic. There’s a greater focus on what the Axis Powers had at their disposal rather than the conspiracy-esque thrillers that can be commonplace in these sorts of stories. It’s a fascinating way to explore an alternate universe, so it’ll be cool to see how they stick the landing.

While tank combat is Blitzkrieg’s focus, it doesn’t stop there. There will also be the ability to command over air and sea units as well, diversifying the ways a mission can go. Thanks to Carni Game’s previous experience with air/sea combat in Strategic Mind: The Pacific, they are able to expand upon what they learned making that game into Blitzkrieg. This variety is continued with the game’s secondary objectives, giving you a chance to prove your worth in additional scenarios. It’s the best part about a sequel: remembering what made the original special and adding upon that formula.

Strategic Mind: Blitzkrieg has a focus on player choice, and uses that to make your troops how you’d like. Depending on the type of player you are, you can tweak them with the skills they earn and equipment they can carry. Not only can you customize your own troops, but it’s also possible to take units from the enemy. It’s not the easiest thing to do, but it does add to possible risk and rewards. There are plenty of options in how you deal with a mission, and how you make it count depends on what you’re willing to try.

It’s not often you see full cinematics in a strategy game like these. They exist, sure, but not often do they make their narrative front and center like Blitzkrieg. Usually, you get mission recaps instead of a full blown story. Add that with a focus on key figures of the era, and there’s the factors to an interesting way to tell a story in this genre. It’s definitely a risk to try this type of narrative structure in a turn based strategy, but it’ll be cool to see how Strategic Mind retells this part of global history.

There has been an issue in recent games with premade DLC. You might have seen it in cosmetic items or extra missions as a preorder bonus. Starni Games promises that Strategic Mind: Blitzkrieg will not be that case. While DLC is a possibility in the future, the game will be a full package that doesn’t demand you to pay more than the admission fee. It’s always good to see developers be honest with their games, and their response against microtransactions is pretty positive in an industry obsessed with them.

The full game will be released on May 22nd, so you’ll be able to dive into a panzer pretty soon to prove your strategic prowess. Just remember that rewriting history will not be an easy feat.

The following article is a sponsored post for Strategic Mind: Blitzkrieg, developed and published by Starni Games.