The wild success of the original game quickly propelled Hollow Knight: Silksong among the most anticipated upcoming indie titles. Team Cherry's metroidvania series quickly gathered a dedicated fanbase that has been consistently asking about the sequel's release date since its reveal.

Hollow Knight: Silksong's release date slipped out of 2021, despite many collective prayers and sets of crossed fingers, and as 2022 begins to set in, we're all wondering if this might be the year when we finally get to play Hornet's adventure all the way to its end. 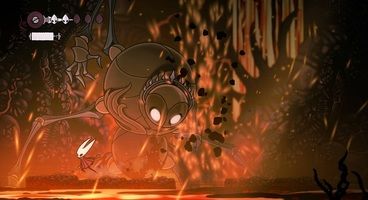 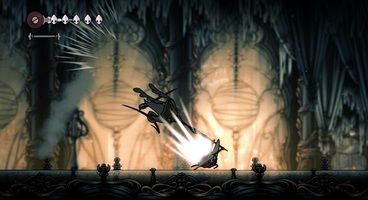 Hollow Knight: Silksong is a fully-fledged sequel that follows Hornet, a character that those who've played the original should be familiar with. The nimble fighter explores a new kingdom, making her way through "coral forests, mossy grottos, gilded cities and misted moors" while battling more than 150 new enemies.

At a glance, her skillset looks familiar, but she can employ more acrobatic tricks than the original's protagonist, while accessing an "ever-expanding" arsenal of weapons during her journey. But where does that leave Hollow Knight: Silksong's release date?

The truth is that it mostly remains a mystery up until this point. Developer Team Cherry has yet to share anything about a Hollow Knight: Silksong.

The small team behind the game has taken a comparatively silent approach, focusing on delivering a quality product while sharing rarer but significant announcements.

The game was unveiled back in 2019 which leaves many people hoping it will come out at some point in 2022. It was featured in last year's GeForce Now leak, having a late February release date attached to it, but the leak has proven unreliable as it likely contained placeholder dates.

We'll keep an eye out and update this article as soon as we learn more about Hollow Knight: Silksong's release date.