Omen of Sorrow is an upcoming horror/lore-themed beat-em-up in the vein of Mortal Kombat, and it seems like it's going to launch as a permanent Epic Games Store exclusive on PC. As soon as the developers announced this via Twitter, things went tense.

The game's PC port is, as it seems, at least partially funded by Epic, and the commenters have not taken kindly to the developer's announcement. 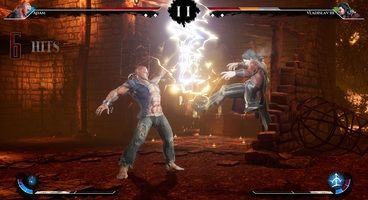 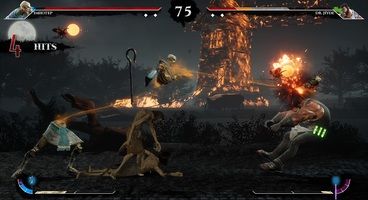 While there were a number of comments of the usual type - saying that they'll never touch Omen of Sorrow due to its EGS exclusivity, there was a particularly biting one as well:

Let's be honest. It doesn't really look like we are going to miss much here.
No point in getting angry over this.

And I'm glad for them Epic gave them money, because I'm struggling to imagine whoever else would.

To this, the developers responded with a fairly amusing comment as well:

Plenty of steam exclusives for you to play tho, no worries pic.twitter.com/KlCPP28ppd

It is worth noting, of course, that Valve didn't exactly pay for this game to be a Steam exclusive, but it is what it is. Posting this picture just ended up riling the people even more, and the developer seems to have made the mistake of attempting to respond to comments as they popped up.

"Admit it, you are just salty because it isn't on Steam XD," they said, to which they got the predictable:

really mature response from an official account. After this I just hope this pc version flops

In this end, this is interesting because it clearly pinpoints the reason why public relations people exist in the first place - to keep community outreach from turning sour.