Sea of Thieves' August Update 2.0.17.2 and its patch notes go live tomorrow, bringing a smaller number of changes alongside live events that mark the start of the Summer of Sea of Thieves.

Update 2.0.17.2 will be smaller than its peers, the live events part of the Summer of Sea of Thieves aiming to compensate for the new features that have been pushed to September.

"As we came off the back of our July release, we had an opportunity to assess our planned set of features for August – and it quickly became apparent that everything was coming in a little hot.", Executive Producer Joe Neate wrote in a post. 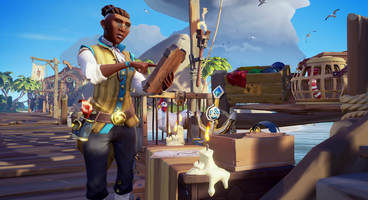 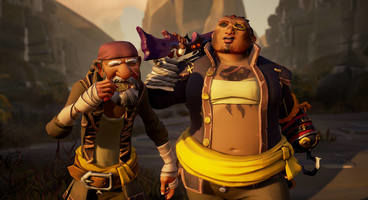 "Since we started working from home, we've definitely had to be a bit more flexible with our plans for each month, and as such we've decided to move our key planned features back to our September release.

Because of this, tomorrow's update focuses on a range of bug fixes and quality of life improvements while rolling out a series of live events to mark the Summer of Sea of Thieves. There will not be a Pirate Emporium refresh as part of this update."

Here are all the changes and additions ushered in by Sea of Thieves' Update 2.0.17.2, as detailed in its full patch notes:

Let Games Read to Me

A new update also means server downtime. You can keep track of when Sea of Thieves comes back online by visiting our server status article.

For more help with Sea of Thieves, drop by our article covering Twitch Drops, to make sure you don't miss grabbing any extra cosmetic goodies.