Guide: Everything we know about Jalopy

It’s 1990 and Communism is crashing down around you. You’re cruising through the former Eastern Bloc and life has a dirty-brown tint.

Your Laika 601 Deluxe is in pretty poor shape when you first lay eyes on her. She’s missing a door, resting on bricks and resembles only a tired ghost of her true potential. 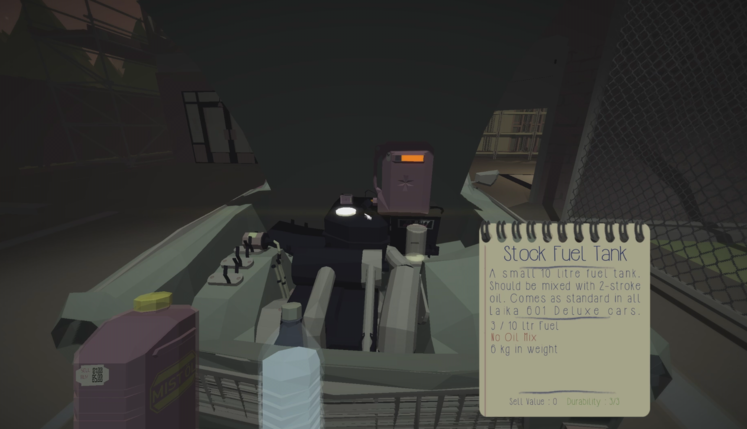 Greenlit on Steam back in February, Jalopy unravels en route as you try to keep a dilapidated old banger chugging along on your journey. From changing tyres to maintaining your engine, you will have to keep your car ploughing on at all costs. In a procedurally generated world, you’ll constantly have to react and adapt to whatever surprises it decides to spring on you. Times are changing with the fall of the Berlin Wall and even you can jump in on some Capitalist action. You may decide to make a name for yourself in market trade; or maybe scavenging for scraps is more your forte. If you’re more the rebellious type, maybe you’ll live on the edge and smuggle parts past the border patrol – it’s entirely up to you!

We took the pre-alpha press demo for a spin.

In the build that we played, we were introduced to the basics of the game. This included prepping our vehicle for the journey ahead. The Uncle, who will accompany you on your road trip, guided us as we fitted various parts to the car. If you know your way around a vehicle in real life, you’ll be surprised at how much of the car you can actually interact with. Everything on the interior of the car functions as you would expect. Pulling the lever under the steering wheel pops the bonnet and you will need to release the handbrake in order to drive. These details really add to the experience and make you feel like you are in complete control of everything in the car.

Your guide on the open road.

After a short while you will choose your preferred route and embark on your journey to Dresden. Most of this journey consists of you driving along a motorway whilst The Uncle explains that you will be crossing the border into the Czechoslovak Socialist Republic – or the newly renamed Czech and Slovak Federative Republic, as The Uncle corrects himself. Dialogue is currently only presented in written form so reading and driving is a little bit tricky however, there isn’t that much to read whilst driving anyway. Driving along the motorways feels oddly realistic, with green fields and trees lining the brown strip ahead of you.

Whilst playing, we encountered quite a few bugs that completely halted our progress and forced us to restart the game. Unfortunately, this problem occurred a number of times as a result of different bugs. For example, on one play-through we were unable to fit the last tyre to our vehicle and in another, we were unable to retrieve our wallet from the glove compartment. Nonetheless, it’s important to keep in mind that this game is still in its pre-alpha build and therefore, bugs are to be expected. In addition, loading your previous save places you back at home (also a Laika garage), prompting you to begin your journey to Dresden again. Unfortunately, this can prove to be problematic if you are in desperate need of petrol or a repair kit. 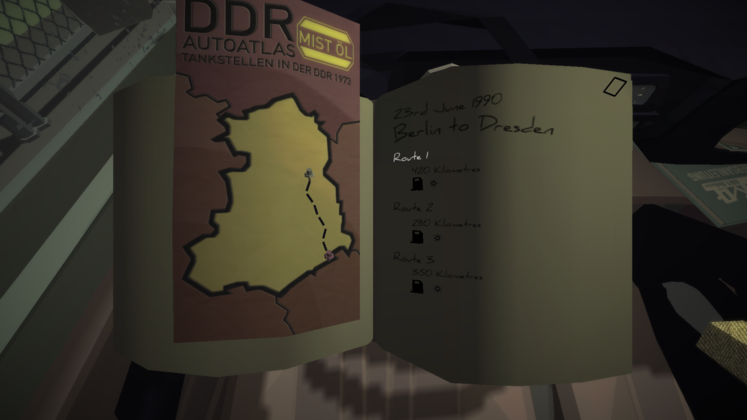 Moreover, we tried to explore as much of Jalopy as we could. On one play-through, we visited a Laika garage (even though we received a glaring yellow penalty ticket for doing so). Here we were able to flick through their catalogue and order upgraded parts for our vehicle. On another occasion, we had to stop at a petrol station on the way to the border as we were quickly running out of fuel. Unfortunately, due to a recurring bug, we were unable to make it to the border but we were still able to get a good idea of what Jalopy is capable of. Each of our journeys to Dresden were slightly different. On one of the journeys we made it all the way to the Motel (where you stop off for the night to rest before heading to the border the next day). On another journey, we suddenly ran out of fuel on the motorway, causing a four car pile-up. A similar outcome also occurred when we drove through a muddy puddle and our windscreen wipers refused to work. Although some of the things that stopped us were clearly bugs, other things seemed more like a test that we had to adapt to, well, from what we could make out anyway. With these surprises appearing in the pre-alpha build, we are curious to see what else Jalopy will throw at us in the future. 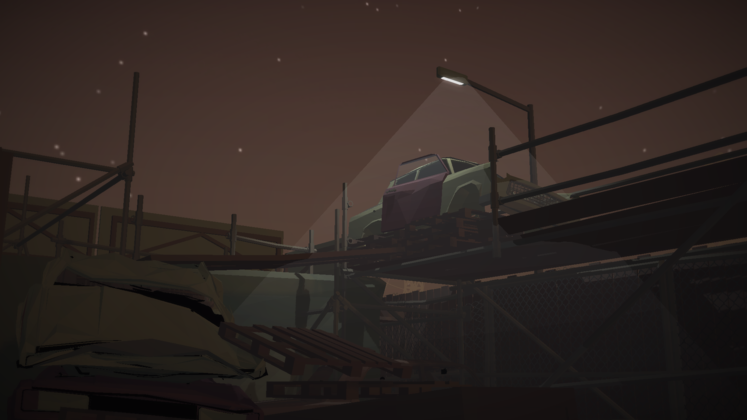 Please note that these requirements may change through the early access period.

The release date for Jalopy (Early Access) is 14th April 2016. There’s no word yet on a time frame for the full release, but we’ll keep you posted. 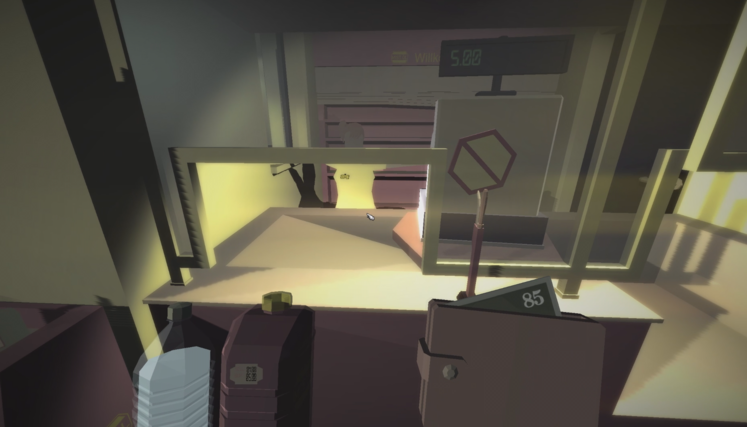 Overall, our experience with Jalopy so far has been positive. It was a bit irritating to have to keep restarting the game when certain bugs stalled our progress, but from what we have seen, the game looks incredibly unique and interesting. Despite those pesky bugs, something about the game kept drawing us back to restart and try again. Jalopy is only in its early stages of development but it’s story is grounded in such an interesting time and location that we are intrigued to learn more.

Driving feels surprisingly natural and quite relaxing along the long stretches of road and with the interior of the car feeling so familiar, it makes the experience all the more enjoyable. With its brown hues, Jalopy captures the feeling that you are in the past exceptionally well. With a colour palette so heavily invested in shades of tan, russet and beige, we really got the sense that we were in an area that felt drained and plain. It will be very interesting to see whether this changes as the game progresses and as Capitalism spreads. 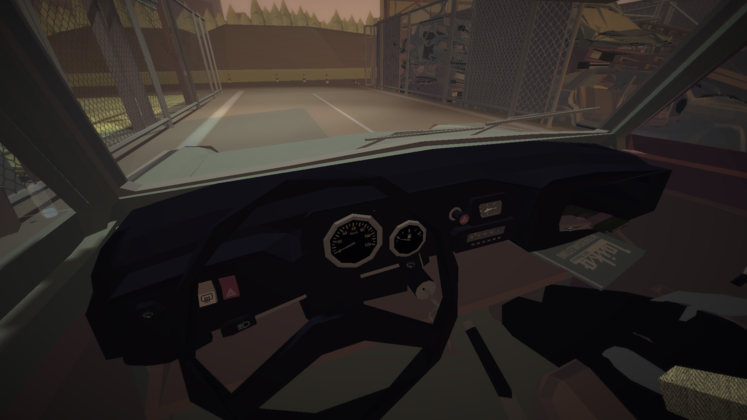 Furthermore, it was also a strange, if not, a slightly terrifying experience driving on the other side of the road! If you’re from the UK, be prepared to brave the European style of driving. Roundabouts and intersections will feel very odd at first but you will soon get used to it.

We’re excited to see what will be added to Jalopy in its subsequent builds and are looking forward to its early access release in April.

Most Anticipated Feature: Upgrading our Laika 601’s engine to a HSK or Carbolyte engine. 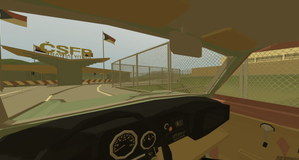 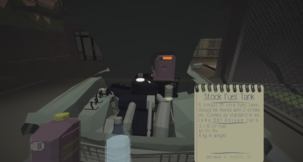