One for the coulrophobics out there. Or Tim Curry fans

A quick description of Dropsy for you, to see if you like the sound of it: play as a large, yellow-eyed partially-toothed clown as he attempts to escape an eternity in Hell by hugging everyone in his home town whether they want it or not… in a low-res dialogue-less point-n-click adventure. Still with us? Not gone running screaming back to MGSV or Mad Max? Excellent, then lets carry on.

You play the titular circus clown Dropsy. After a mysterious fire rips apart his life and claims the lives of several of his circus friends he awakes to find himself in Hell… and then, not. It was all a dream… apart from the fire. He now has a goal - explore the world with his animal friends and bring happiness to all, mostly through hugs. However, that’s more difficult than you’d expect given most people think he’s responsible for the fire. Plus he’s a freakishly large terrifying circus clown and most people don’t want him anywhere near them. 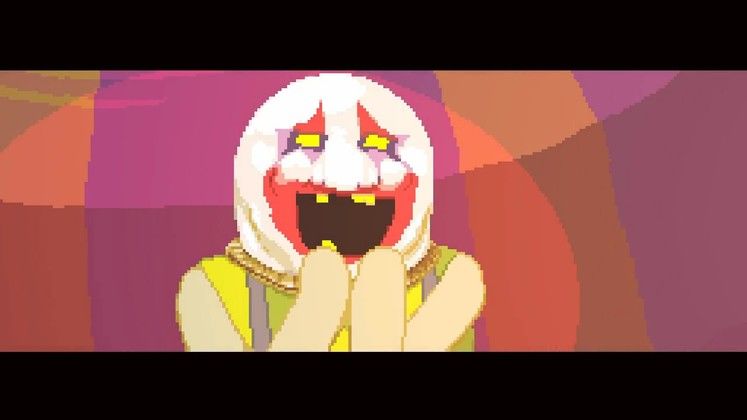 The most interesting part of Dropsy is that it’s totally dialogue-free. In fact apart from the title there’s no discernible words, spoken or written, in the entire game. Only a handful of adventure games have attempted this, some very successfully (Machinarium) and others not so successfully (Journey of a Roach, Fire). The reasons for this are numerous, first and foremost because it’s difficult to tell a story in a story-driven genre using only visuals. Here at least developer Tendershoot have succeeded. While the pictures that represent dialogue are sometimes a little hard to understand (see graphics, later) the general gist gets across well. The story’s fortunately kept simple, and the only real problem with it I’ll get to momentarily.

The second biggest shock to come out of Dropsy, other than being a wordless point-n-click adventure starring a scary clown, is that from the creepy beginning onwards it’s actually an open-world game. The town and the surrounding woodlands, badlands, deserts etc can all be explored almost in full straight away, and it’s frankly quite daunting. You keep on expecting to reach a dead end like a normal adventure and it rarely ever comes.

It’s quite impressive, and yet while made with good “player freedom” intentions it’s a bit of a misstep in our opinion. Simply put: an adventure game is not Skyrim. There are puzzles to consider, and Dropsy goes too far too soon when it needs to start off simple. I mean, look at Monkey Island 2 - three islands to explore and go between at will, but you don’t get to do that until you’ve completely explored Scabb Island and done the first chapter. When you should be concentrating on getting the chicken suit to help Dropsy’s dad and progressing the story you’re busy thinking “I wonder how I can get into the airport” from the other side of the map. Furthermore it’s really annoying that there’s no Fast Travel or even the ability to double click on scene transition arrows to skip Dropsy’s walk animation. 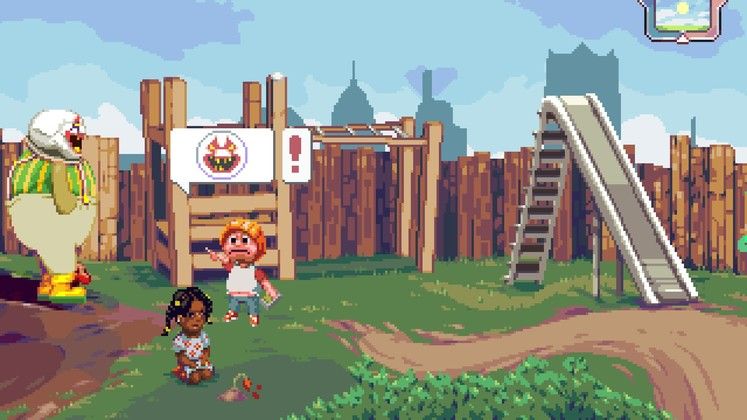 I get this a lot

There’s also another innovation which is great on paper or in The Witcher 3 but doesn’t quite work out well in Dropsy: day-night cycles. As Dropsy explores the world the time of day changes, and characters will be in different parts of the map depending on what time it is. One record store opens all night but the costume shop closes, that sort of thing. It sounds cool, but not only does it become a lot to wrap your mind around the time changes too fast. You’ll literally click on the next area arrow in a daytime scene and it’ll be dusk in the alley connected to it. Consequently you have to walk around a lot if you need to be somewhere at a certain time, or take pot luck with one of the beds. There was one little girl I helped at night and it took me an hour of play before I saw her again so she could thank me. It’s a really nice touch, but at the very least there needs to be a way to change the time of day more precisely. Legend of Zelda: Majora’s Mask has the Song of Time, The Witcher 3 and Skyrim have meditation or resting, and Dropsy should have something similar. At the moment it can just get too frustrating.

Which is a shame, because the puzzles themselves are actually pretty clever and not insane mind-twisters. Using Dropsy’s animal pals effectively is important, with one puzzle involving a mouse hiding from kill-bots while traversing a laboratory particularly standing out. Things stay fairly simple but having to take several playable characters of different sizes and skills, an open world and times of day into the mix complicates things a lot. Perhaps not too much though: I had a lot of fun solving things in Dropsy and I never felt overwhelmed, and while frustrating to not be able to try hugging a chicken until daytime things never got too complicated. Just try not to solve every puzzle at once and you’ll be fine. Shame there’s no hint system or proper objective list though. 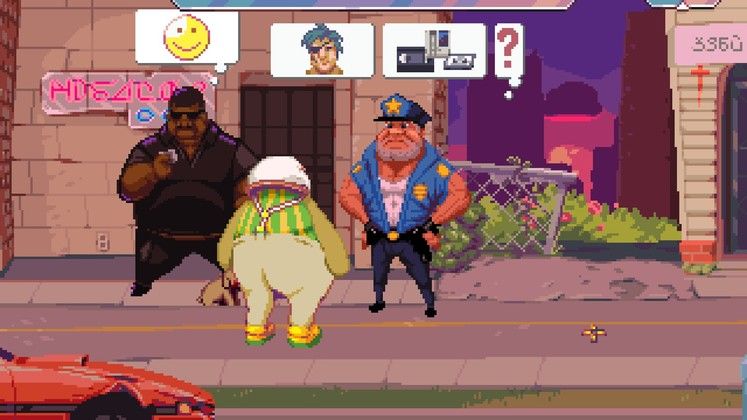 I know everything that's going on

Developer Tendershoot have gone for an early-90s pixel art look for Dropsy, which I do appreciate but it lacks the clean elegance of a LucasArts or more recent similar-looking WadjetEye adventure. Basically what we’re getting at is that it’s sometimes difficult to tell what’s going on, which isn’t a good thing for a wordless adventure game relying on pictures to tell its tale. Still, everything’s got a nice stylized Steve Purcell quality so it’s good to look at, albeit occasionally nightmarish. I’ve not got any complaints about the music though, as it’s catchy, whimsical, and changes often enough to not get too repetitive. It would’ve been easy to use the same music track for the entire island but Dropsy keeps bringing in new even more catchy tracks as you explore.

If you’re an adventure fan and not a terminal coulrophobe Dropsy is well worth picking up, just because it tries to do something different. No dialogue, occasionally terrifying but otherwise heart-tugging story, doable puzzles and a decent-sized open world with day-night cycles, starring a creepy clown and his animal friends. It stutters a bit with execution by throwing you in to the open world too fast with no easy way to get around or changing times easily, and the lack of adventure game staples like a scene skip or hint system do rankle. Nevertheless Dropsy is an ambitious game and that should be savoured, and most definitely tried. Just try not to have nightmares. 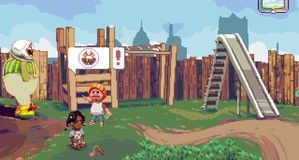