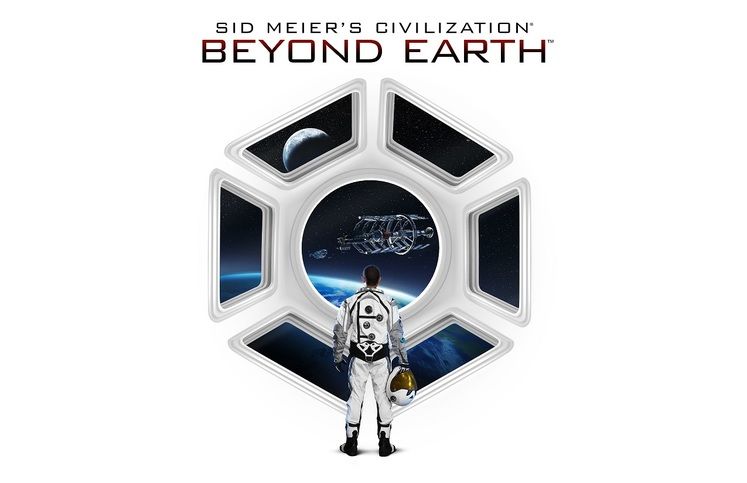 With first expansion pack Rising Tide now out in the wild, you might think that you’ve got enough Civilization: Beyond Earth gameplay to keep you going for a good, long while. Don’t limit yourself to just official add-ons, though - as anyone who’s played Civilization 5 will know, the Steam Workshop is packed with high-quality community creations that you should absolutely check out.

Because we’re generous souls, we’ve tracked down the best mods, additions and tweaks currently available for Firaxis’ sci-fi strategy game just for you. Here’s the pick of the bunch. 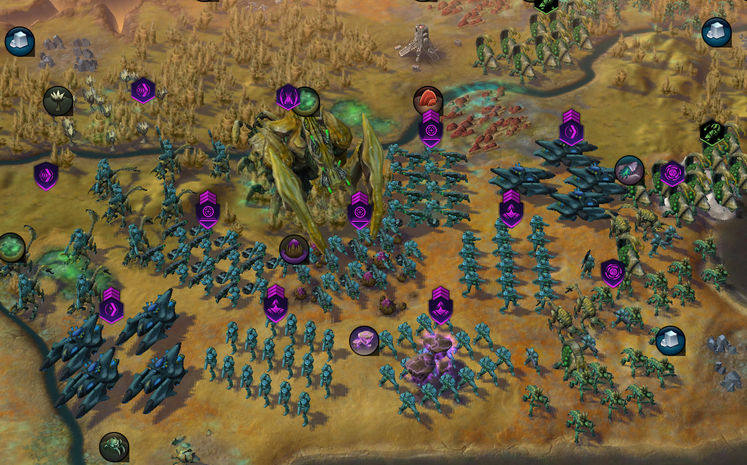 Ever notice that your soldiers all come in drastically different shapes and sizes in Beyond Earth? How about that as your soldiers upgrade, there’s less of them in a unit while they become bigger in size? This mod adds consistency to all humans and humanlike units in the game, making them a uniform size and making sure that there’s as many visual units on a tile as there ought to be for a squad at all times with the goal of giving a more realistic feel to the overall look of your armies.

Do you find that stations just do not produce a yield representative of the resources and effort that must be put into them? The creator of this mod agrees with you. Awesome Stations rebalances station yield and offers two extra tiers with which to make stations a more viable option for all strategies. This mod works with classic unexpanded Beyond Earth, but there is an option that works with the Rising Tide expansion as well.

Beyond Great People / Created by Stephen 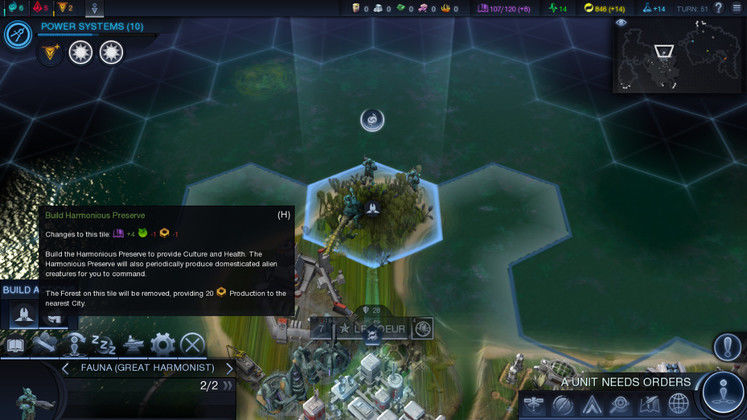 One of the cool features of past Civilization games was the periodic spawning of ‘Great People’, famous scientists, artists and other popular figures from throughout history whose skills could be used to enhance your empire. This mod adds the same feature to Beyond Earth, though obviously it won’t be William Shakespeare or Isambard Kingdom Brunel that you encounter. 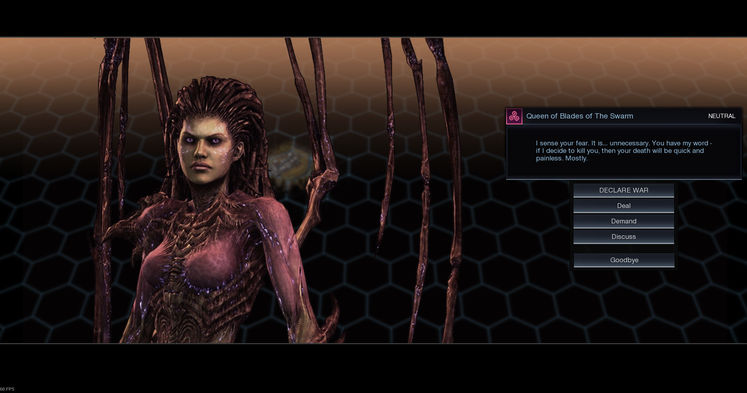 Because swarming your enemies with vicious alien critters is fun, this mod adds Starcraft’s Swarm faction to the available Sponsor list. The Swarm are an early-game focused faction with a military bent, though they can’t build the Ultrasonic Fence structure, which leaves their trade convoys vulnerable. Note that this mod doesn’t work with Rising Tide just yet. 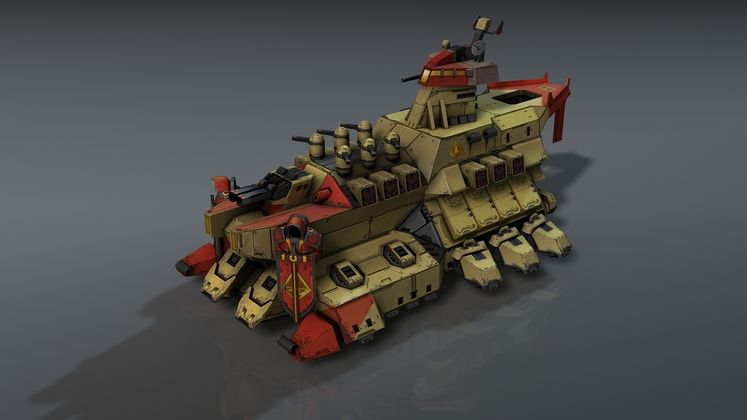 Beyond Earth tends to have a less aggressive early game compared to Civ 5, mainly because the lack of specialised siege artillery makes it tricky to take over enemy outposts. This mod adds a simple, slow and vulnerable siege unit, basically a replacement for Civ 5’s catapult.

XCOM Sponsor in beyond earth V2 / Created by Alterd-Rushnano 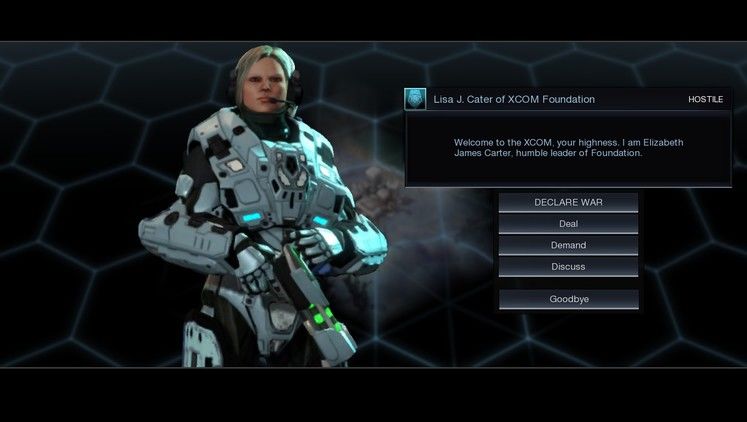 The XCOM defence force would certainly not put up with all those hostile alien critters that pop up in Beyond Earth, and this mod lets you bring their brand of high-tech, high-skill warfare to bear against opposing factions. XCOM can steal enemy tech by killing units, and their soldiers level up 50% faster.

BEYOND EARTH ENEMY: From Deep / Created by Alterd-Rushnano 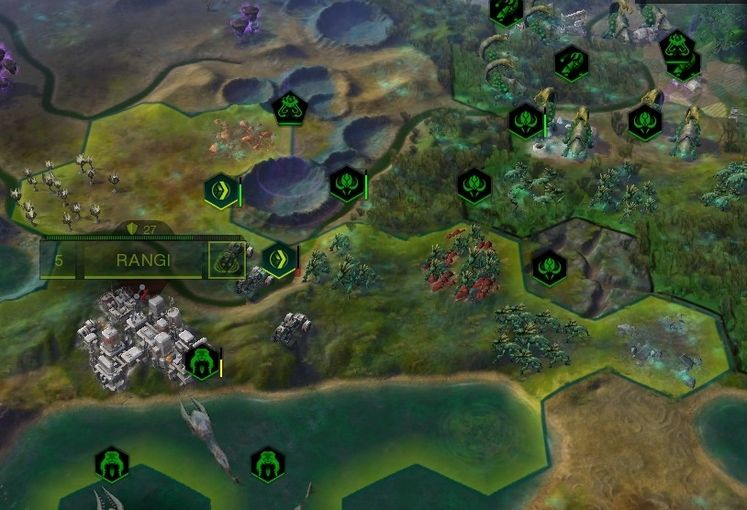 Yet another homage to the classic strategy series XCOM, this mod adds a deadly, aquatic, alien Sponsor faction that can only be played by the AI. Said faction makes heavy use of the random aliens that inhabit the world, and aggressively attacks all other Sponsors. Fits nicely with the XCOM Sponsor mod. 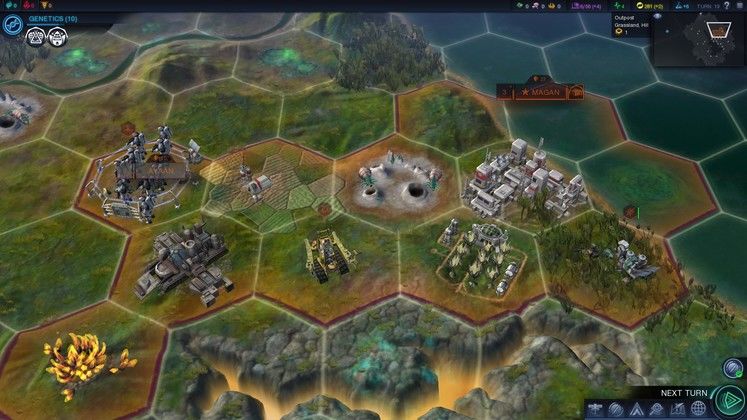 If you find yourself avoiding building too many cities in Beyond Earth due to stacking heath penalties and the distance restriction between each city, this mod might be for you. It removes the former penalty, and reduces the distance restriction to just two tiles. Feel free to build your empire as close together as you like with no risk of dead citizens. 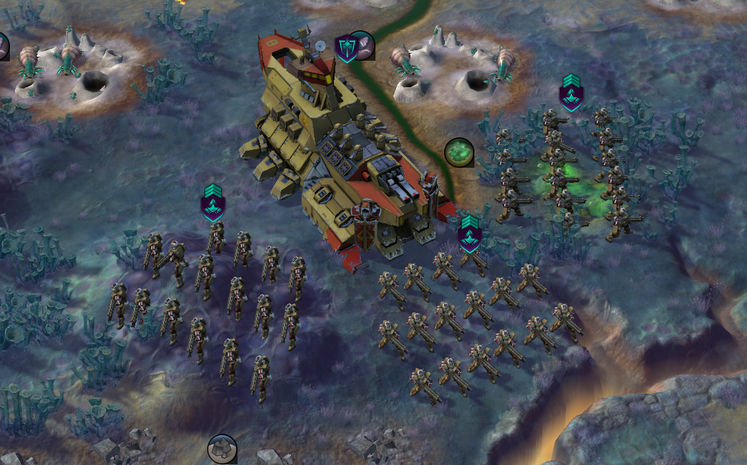 This mod rescales the various units in the game, reducing the size and increasing the number of infantry units, and making the bigger tanks, aliens and combat vehicles a lot bigger. Makes combat feel a bit more cinematic, and makes those high-end units look a lot cooler. 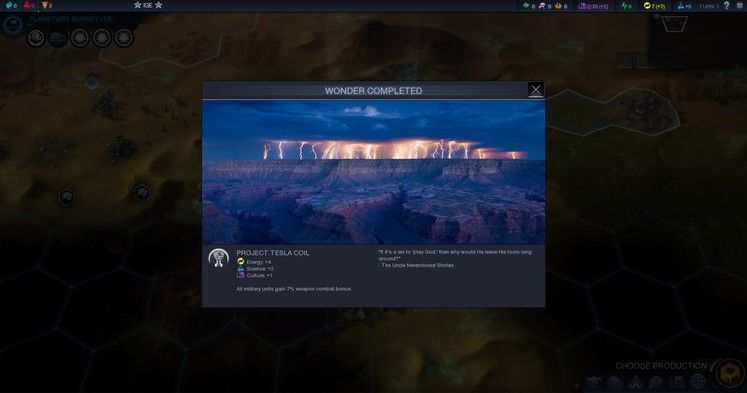 Does pretty much what you’d expect from the title. Adds five new wonders – the Galactic Trade Hub, Space Elevator, National Secrecy Agency, Project Tesla Coil and The Supersonic Wall – each with their own research requirements and bonus effects.

Beyond Legends / Created by LemonSeed

A hefty faction mod that adds four new Sponsors inspired by the lore of League of Legends, each with their own unique trait. It should be noted that the modder behind this one has been experiencing some difficulties with the new traits system introduced in Rising Tide, so this isn’t compatible with the expansion just yet. 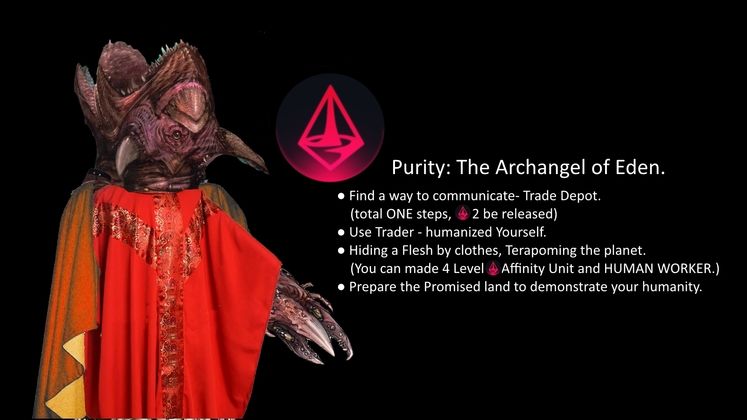 If you fancy a break from building farms and pharmacies, and would rather spend your time converting human settlers into biological matter to feed to your larvae, you should check out this mod, which lets you play as the local population of aliens. You’re restricted to Harmony units and only certain structures and upgrades, but you can earn new technologies from destroying enemy cities. 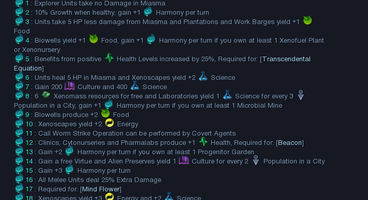 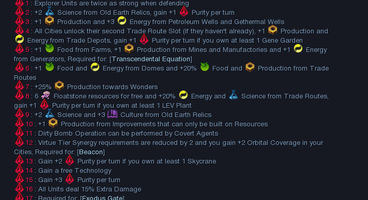 If you do not like the way affinity bonuses and progress are handled in the vanilla game, then consider this mod for a change of pace. It overhauls these aspects of affinity. Give it a download, you may like what you find. 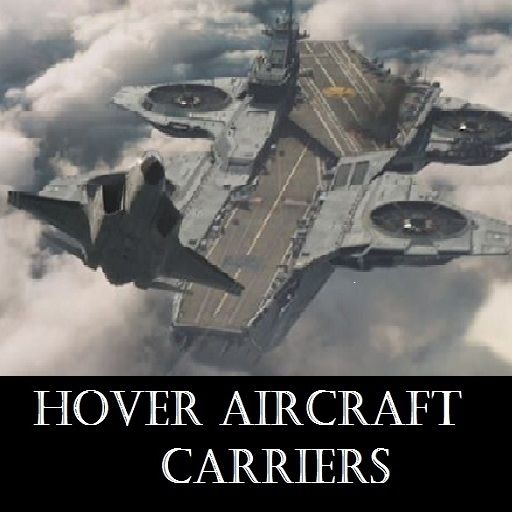 I think you’ll find this mod neat and fun to play. It makes the aircraft carrier hover, which means it can travel on land as well as the sea. In addition, for reasons of balancing, the following changes are made: Two tiles of movement (instead of the vanilla three), a cost of one titanium per unit, and the production cost has been increased by 50%. 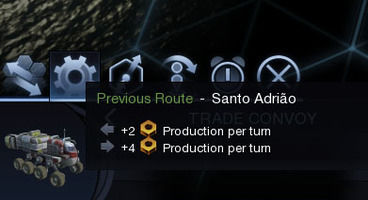 Often, players find that games not designed for the PC need work with their GUI. And the community usually answers the call for a better interface. Having said that, we have “User Interface Tweaks - Base Game”. This mod makes several small changes to the interface for a more satisfying, intuitive playing experience. 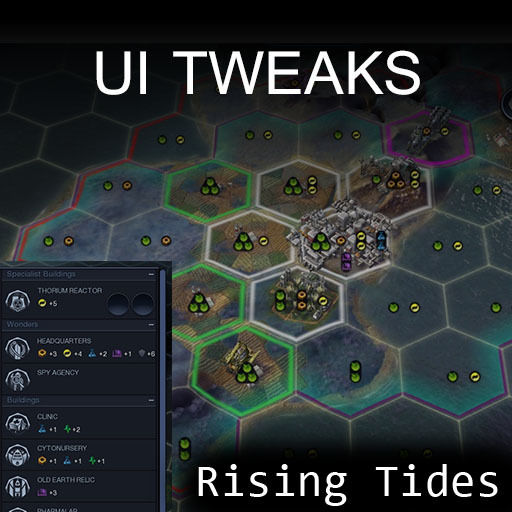 Here we have the sister mod to the “Base Game” version. This extends the interface tweaks to the Rising Tides DLC. Check it out if you are running the DLC and like the original mod.

Plenty of cool stuff there to keep you occupied. As usual we’ll continue to keep an eye out for the best community-created content, and update this post as we find them