Giveaway: Get your hands on one of 10 copies of Stronghold Legends: Steam Edition

It’s that time again, faithful readers! Time for a good old fashioned giveaway! GameWatcher has teamed up with FireFly Studios and wrangled up some Steam keys for the castle-siege, real-time strategy game Stronghold Legends: Steam Edition and we’re ready to pass them on to a lucky few.

Take on the role of iconic medieval legends such as the noble King Arthur, the demonic Count Vlad Dracula, or the heroic Siegfried of Xanten in campaigns that span 24 story missions. Wield unique units of each faction such as frost giants, dragons, werewolves, or even Merlin and the Knights of the Round Table themselves as you formulate unique strategies for each faction to overcome the defenses of your foes. Cast powerful spells and tide-turning abilities to shift the fight in your favor and wage war against AI-controlled foes or take the fight online with up to four-player matches spanning numerous multiplayer modes. 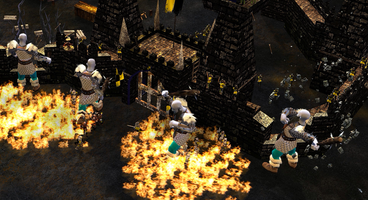 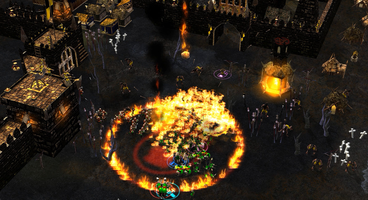 Stronghold Legends: Steam Edition contains unique features new to this version of the game. The visuals have been improved and the game should run smooth as silk. You can enjoy this as you play through bonus campaigns, Steam Edition exclusive maps, and an improved multiplayer system sure to delight you and your friends and/or rivals.

From now up until 22 September, 2016, you can enter into this giveaway by leaving the comment “I’m in” in the comment section below! On that day, we’ll pick 10 participants, who will receive one of ten Steam Keys to download Stronghold Legends: Steam Edition for free. So if you’re feeling lucky, get thee to the comment section! There’s a war to be won!

Until then, stoke the fires of your bloodlust on the trailer below. Good luck!