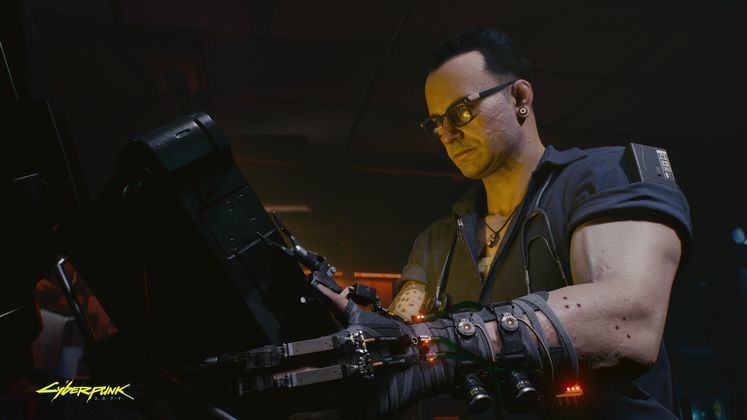 Cyberpunk 2077 had a polarised launch. Ignoring the bugs and the bad performance – which can, and according to The Witcher 3’s track record, will be fixed – the game’s biggest problem seems to stem from game design. Players had free reign in Night City for a week now, and the overall consensus is that CP2077 has a brilliant story and quest design, but a deeply underwhelming open world.

There seems to be an intrinsic discrepancy between players expectations and the final product. The fanbase expected a modern RPG with full freedom of character and a deeply reactive world, but the released game features the streamlined emotional tale of a largely predetermined protagonist set in a city where NPCs and even traffic are little more than window-dressing. 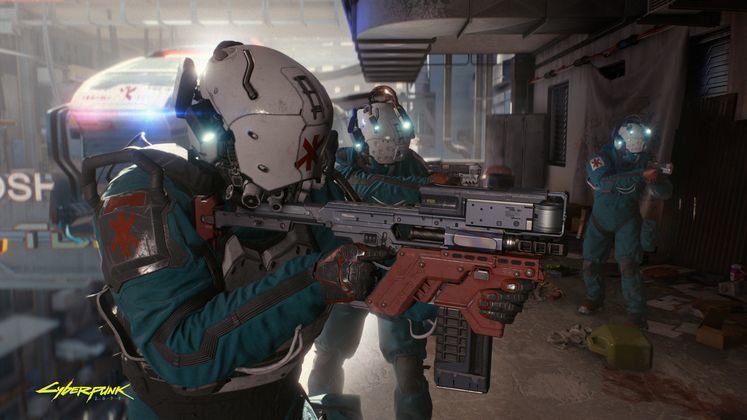 Adding to the overall sense of disappointment is the apparent chasm between critical reception and player experience. Reviewers got the game between a week and 3 days from the review embargo, meaning we had roughly a week to blast through over 50 hours of content. As a result, most publications beelined with laser focus towards the end of the main quest line, occasionally stopping to do side quests or explore the world before relentlessly pushing towards the end of the game again.

That’s the reason between the discrepancy of critic scores and user scores – Cyberpunk 2077’s handcrafted main and side missions are phenomenal, and if you play them one after the other nonstop, the game continuously goes from high point to high point until the credits roll in. But the moment you stop to smell the daisies – or burn them – the game’s illusion shatters, and the immersion goes along with it. 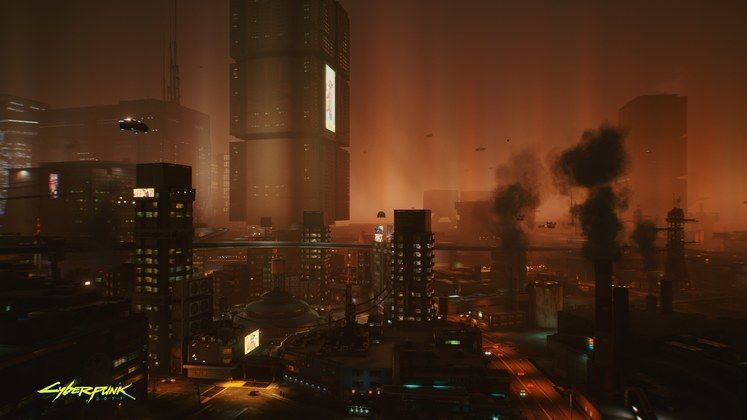 However, that wasn’t always the case. Many fans pointed to marketing campaigns and interviews to justify their loftier expectations, and indeed there seems to be remnants of several cut features in the game’s code or world. A proper AI for car driving and pursuit seems to be present in the game but not fully active, train stations and flying cars – long believed to be a more immersive and fast travel option than the game’s current “teleport” system – are fully modelled and very detailed, and even the ability to choose your genitals during character creation was apparently made redundant in-game after launch.

Luckily, CD Projekt RED seems to recognise the “the loss of gamers’ trust and the reputation that [they have] been building through a big part of [their] lives”, and is fully committed to regaining them. With a solid foundation, a beautiful open-world, and the eventual fixing of bugs and performance issues, what can CD Projekt RED realistically do to fix Cyberpunk 2077? 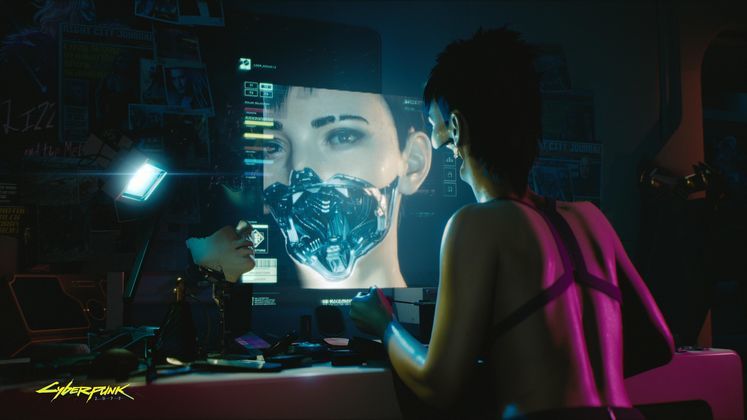 One of the biggest issues players have with Cyberpunk 2077 at the moment is how little agency they actually get in regards to their own characters. Once the character creation screen is over, you can’t even get a haircut – let alone modify your body visually like many of the NPC citizens walking around Night City.

Aside from a barbershop, the ability to cosmetically modify your body with cybernetic limbs or attachments is pretty high on the players’ wishlist. More importantly, so is the ability to separate cosmetics and clothes’ appearance from stats items – in order to survive in the RPG’s combat scenarios, players are currently forced to equip whatever clothing gives them the highest armor value, eschewing wardrobe choice and making the final character look like a hobo that walked through a clown’s closet. You can’t even equip and then remove helmets, a standard RPG option since the early days of Dragon Age and Mass Effect sequels. 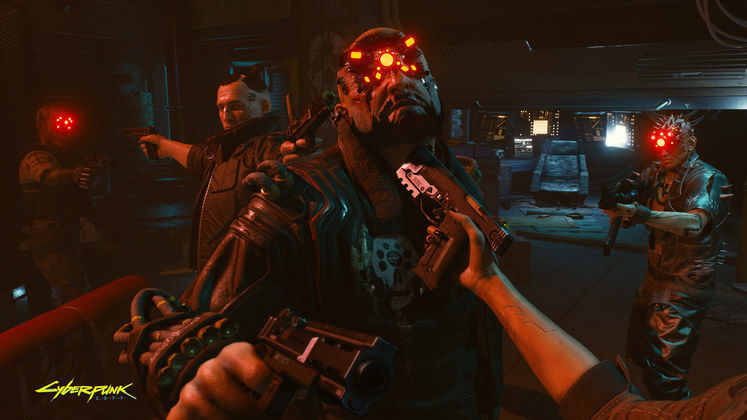 The worrisome part about this is that despite earlier accounts that nudity was “no longer sacred” in CP2077’s world and players would get to walk around butt-naked and elicit reactions from NPCs, a CD Projekt RED representative confirmed that the current nudity censorship is intentional – in a 180° turn that caused nothing but pushback, player characters will always walk around in underwear instead of naked due to a “game design decision”.

If CD Projekt RED wants to regain the trust of their playerbase, improving the player customisation and easing the arbitrary restrictions on player agency will be an integral part of the game’s comeback story. 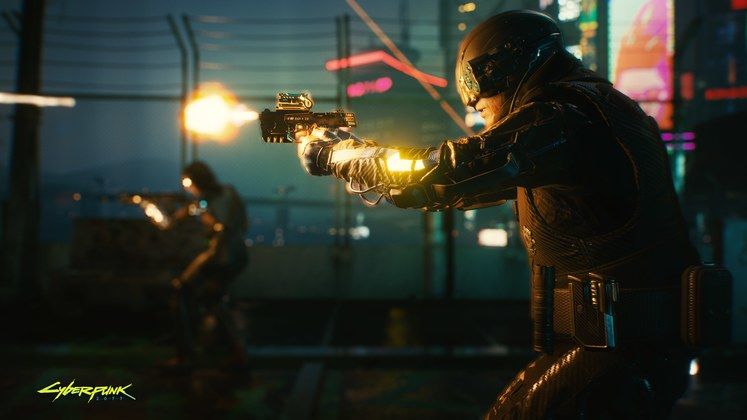 Realistic AI is famously complex to program, but after 5 years of development, many expected Cyberpunk’s NPCs to be a tiny bit more realistic – and a whole lot more reactive. In order to fulfill the expected dream of an enjoyable Night City, the game will need better AI, including making stealth less binary with enemies dialing in on your last known position instead of converging on you like omniscient demon predators. 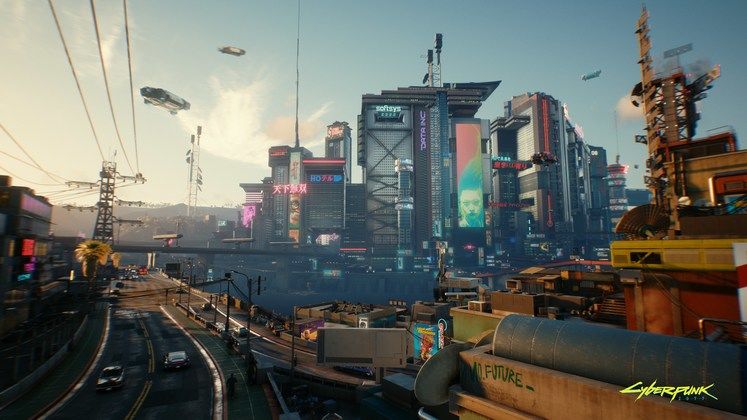 This is a rough one, and it ties directly into the character section up above. The Origin choices, at the moment, result in little more than 20-30 minute on-rail sections that all fit into the game’s opening, and as a result offer neither meaningful gameplay choices nor serve as an intro to the world of Cyberpunk.

Instead of spending a few hours exploring the city, connecting with the main characters, and overall discovering yourself and your place in the world, CP2077 shrinks 6 months of V’s life and growth in Night City into a 2-minute montage cutscene, and commits the gravest sin in storytelling by breaking the “show, don’t tell” rule. 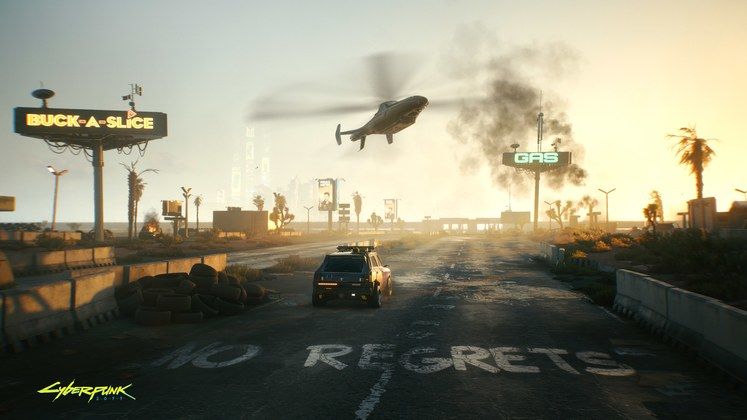 I was extremely jarred by the tone deafness of such a decision when reviewing the RPG, but the community took it much harder: many were unable to connect or care with the game’s characters and V itself due to the way the game skips every bonding experience in the early game, while many others are convinced the montage features scenes of playable quests that were cut from the game for one reason or another.

The general hope is that CDPR will somehow expand the Origin stories by restoring the cut content and adding a few more hours of prologue to the game, but realistically, that might be nigh impossible at this stage. Add to that the lack of consequence from romances after you have sex with a character, and the bond between player and world continues to stretch to a breaking point. 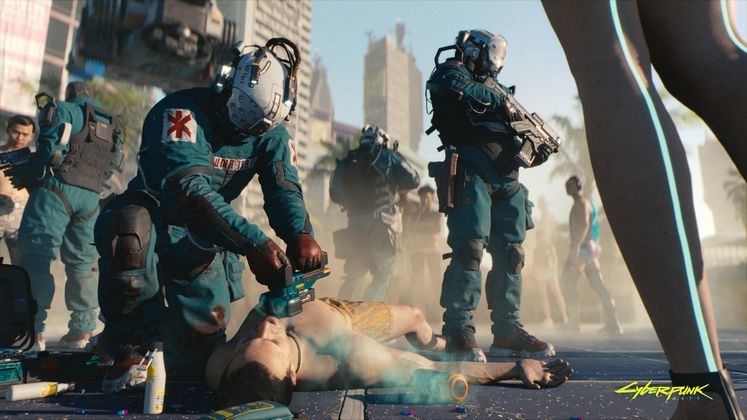 Given how detailed and immersive Cyberpunk 2077’s story and lore is, it is remarkable how little of that actually translates to interactive gameplay. Take the trauma team, for example: besides the first (and awesome) appearance early on in the story when they use their hover cars to rescue a person from a building like a team of paramedic SWAT and a couple of other random occurrences, their existence in the game is null. Having the trauma team rescue you when you’re dying or come to the rescue of people you shoot in the street the same way ambulances arrive in GTA would add an immeasurable amount of immersion to game, as well as provide extra gameplay opportunities to summons a high-level NPC squad to fight by causing chaos on the street (or avoid doing so, for the same reason).

On the same side of the same coin, we got Night City cops. The NCPD is prominent throughout the game, yet they share the thugs AI in the street and infamously spawn out of thin air whenever you commit a crime, even if there are no witnesses to see the crime being committed. The game already features three different types of police cars according to the database – each stronger than the next to handle escalating conflicts – as well as the extremely dangerous SWAT-like MAX-TAC that arrives in flying cars, so the natural expectation would be for CP2077 to roll that into the gameplay proper. A dynamic police wanted system, where only witnessed crimes would trigger an alert and lead to increasingly more dangerous reinforcements arriving the longer you put up a resistance, would make the world feel alive and fun. It would also not shatter your immersion like a hammer flying through a glass window, like the current teleporting cops do. 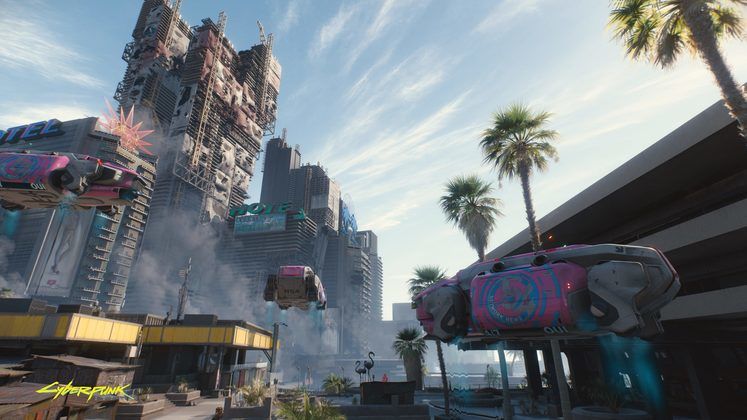 A huge part of why Night City feels dead is because everything is window-dressing. Flying cars, trains, and taxis are no-brainer options for fast travel, yet CP2077 features an unexplained terminal that magically teleports V across the map instantly.

Weirdly, it seems trains and subways were once planned to act as the game’s version of fast-travel, and a train station right outside V’s apartment features a working lift and a train terminal that simply opens the fast-travel menu when you walk in. However, players are increasingly finding unfinished train stations throughout Night City that seem to indicate the whole rail system was meant to be functional.

Add to that the inability to let your car self-drive to a destination (a feature described in multiple in-game database entries), the lack of option to use Delamain – a literal AI taxi service – as an AI taxi service, and the absence of flying cars as a fast-travel automated taxi method, and Night City feels a lot less immersive – and a lot more gamey. 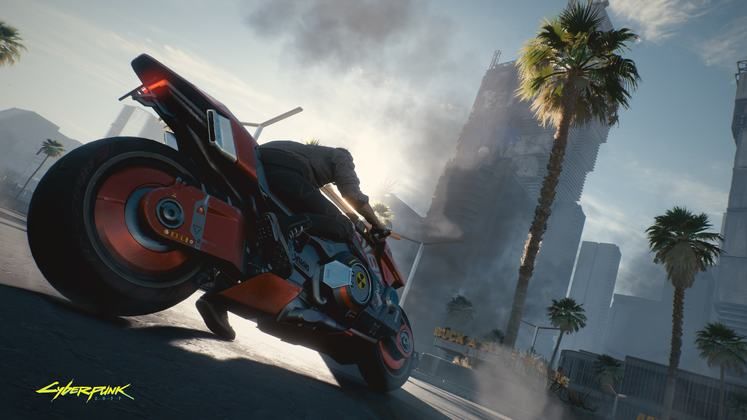 Finally, we get to the small yet crucial stuff. Items in the inventory need the option to be marked as junk or favourite to facilitate or prevent them from being sold, respectively; a flashlight or night-vision googles/eyes need to be implemented to deal with the game’s many pitch-black spaces; and that horrible minimap that makes driving impossible by not showing enough of the road ahead needs immediate fixing. There’s also the unexplainable absence of a visible, augmented reality-like GPS guidance that shows up on the roads and streets themselves – something that Cyberpunk’s world is uniquely prone to thanks to the multiple diegetic HUDs and the ability to project things in the user’s augmented eyes.

Also, let us order the drink with Jackie’s name. He deserves that.

The truth is Cyberpunk 2077 is an amazing game when it comes to quests and cinematic moments, but it is unavoidably bare in roleplaying and interactive open-world elements. CD Projekt RED deserves all the praise for creating such an amazing story, but the post-launch communication and lack of acknowledgment on the issues is further damaging theirs and the game’s reputation. If the company opens up their roadmap content plans and manages to fix the many fan issues outlined in this article, they might just pull a No Man’s Sky-like redemption and regain their playerbase’s loyalty again.

We have reached out to CD Projekt RED, but they have declined to comment at this time.