The Best PC Exclusive Games of 2018

Another year, another exciting batch of games. The PC platform continues to receive love from the industry after nearly a decade of being unfairly shunned, and 2018 features some awesome PC exclusives.

From shooters to strategy, we assembled a list of the best PC games scheduled to release in the upcoming year, both high and low profile. Check it out!

We Were Here Too 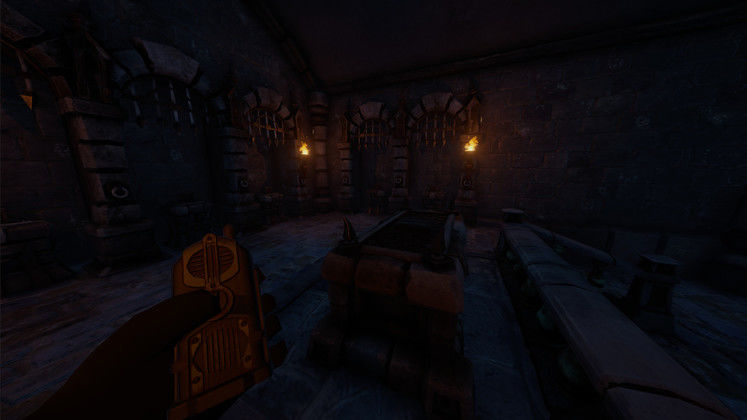 An online only first-person coop adventure set in a fictional medieval castle, the sequel to We Were Here is all about communication, discovery, and immersion. Requiring two players and microphones to be played, the game has an asymmetrical storyline for each player and aims to be mysterious and immersive. According to the official synopsis: “As your final hour approaches, a large structure looms up in the distance - towering above the relentless storm. With nowhere else to go, you decide to enter this mysterious place, only to find yourself trapped inside… Will you be able to find a way out?” 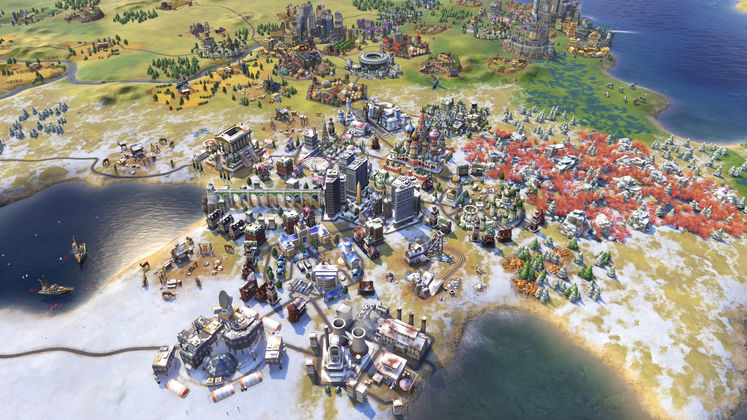 The first expansion to Civ VI follows on Firaxis' footsteps, promising to be an amazing addition to an already great game. Bringing new choices, strategies, and challenges for players in the form of loyalty, Golden Ages, and the new mechanic of Dark Ages, Civilization VI: Rise and Fall rounds up the package with eight new civilizations and a governor system, giving you more tools to build the nation of your dreams. 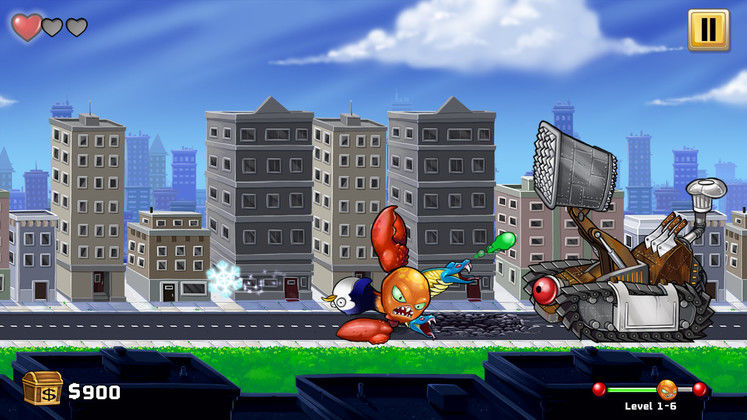 A simple 2-button game about a massive mutant octopus hellbent on destroying the world, this casual 2D action title has deep customisation, diferent enemies that require different tactics, and a very casual indie approach, offering a different take on the shoot-em-up genre. Oh, and it's made by the same guys that made the original Plants vs. Zombies, so that can definitely be a plus. 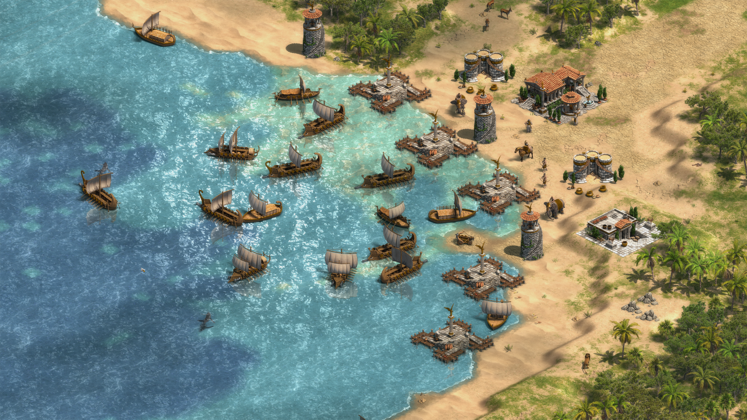 This one needs no introduction: it is only the father of RTS as we know it. The Definitive Edition will follow the mold of Age of Mythology's remaster, featuring overhauled graphics, 4K resolution, a remastered soundtrack, and other gameplay improvements. If you are a fan of Age, this is a must have. 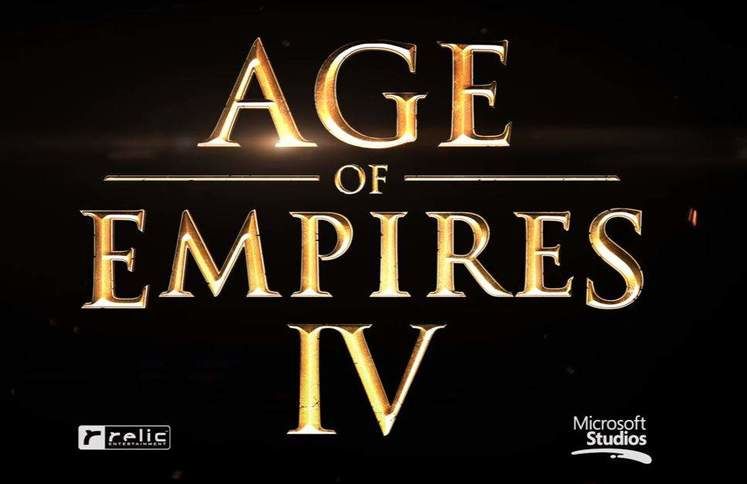 A surprise announcement at 2017's Gamescom, this title will be developed by Relic Entertainment, of Dawn of War and Company of Heroes fame. They said: "We can't wait to tap into our strengths as a studio to fuse historical context with deep strategic gameplay, and to bring this franchise back to the forefront of gaming and into the hands of its beloved community". I say: "don't make this an atrocious MOBA like you did with Dawn of War III". I'm watching you. 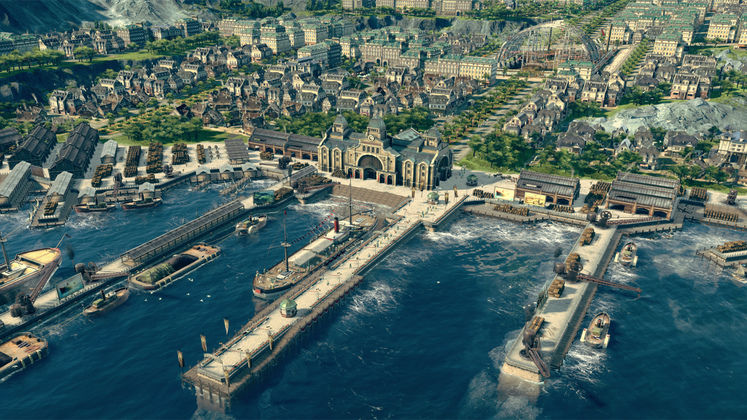 The newest entry in Ubisoft's long-running strategy franchise ditches space and sci-fi and goes back to the XIX century, to the heart of the industrial revolution. With the classic peaceful gameplay of Anno and beautiful new next-gen graphics, Anno 1800 looks like a very interesting game. 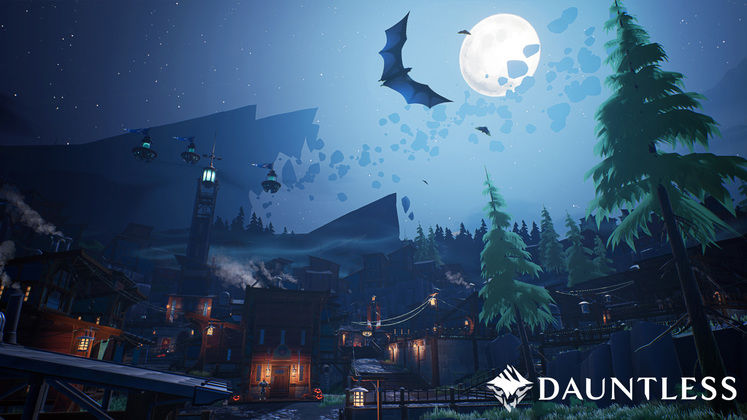 A free-to-play action RPG, this fantasy title takes place in a world torn apart by a cataclysmic event. Predator creatures called Behemoths were unleashed by that apocalypse, and players take the role of Slayers tasked to dispatching those creatures. A third-person action game with a combo system, Dauntless will be playable solo or in coop mode with up to four players. 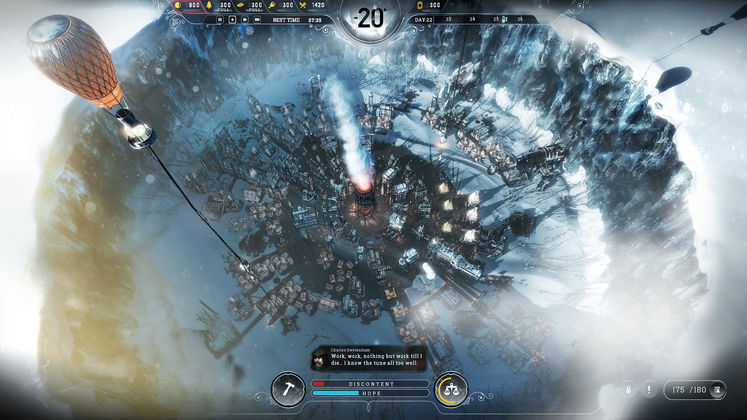 From the creators of This War of Mine, this city-survival title takes place in a frozen city "where heat means life and every decision comes with a cost". Tasked with setting laws and customs and enforcing them, the game will test your choices by question your morality. From child labour to dispatching the sick and wounded, you can expect Frostpunk to be just as hard-hitting as its predecessor. 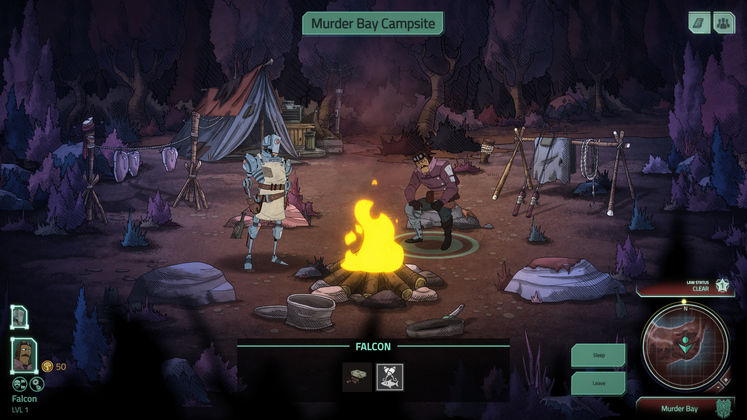 The people behind Mark of the Ninja, Invisible Inc, and Torchlight II are back again, this time with a science fiction role-playing game set in a world of mercenaries and pirates. A turn-based party combat game with a cast of playable characters and companions, dynamic world, and procedural generated NPC's, Griftlands might be worth taking a look. 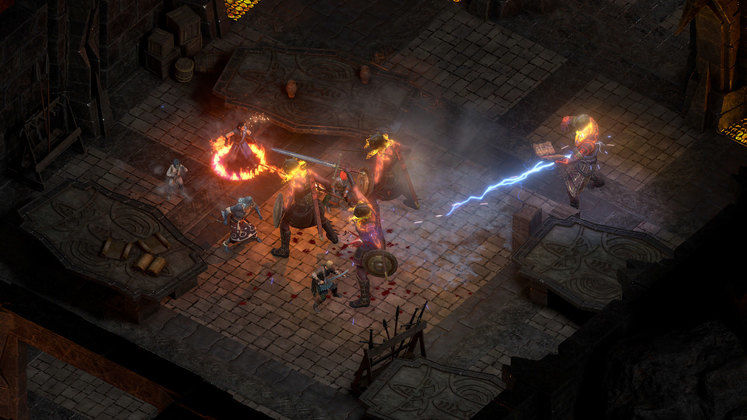 The sequel to 2015's RPG is once again developed by Obsidian, and features the same kind of isometric perspective of the original. You play once again as the Watcher, looking into people's souls and reading their memories (including from past lives), but it will have a dynamic weather and the now standard "NPC's with their own schedule" gimmicky. We're not actually sure if this will come to consoles or not, but until we are, it will stay on this list. 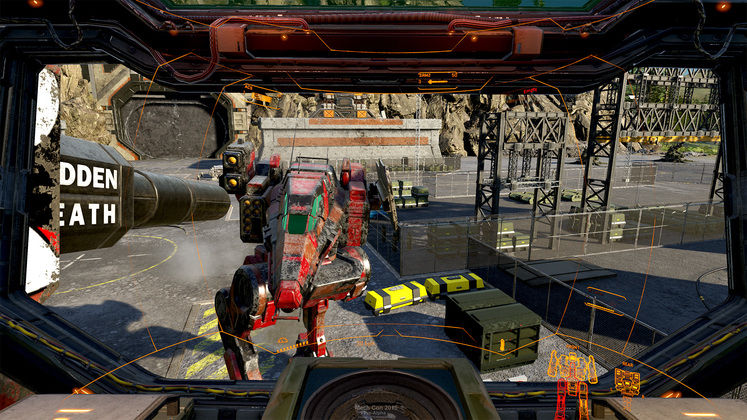 MechWarrior is a franchise that was once revered, but has fallen on hard times with the hugely divisive Online being the series' only modern representative - until now. Mercenaries is shaping up to be a glorious return to grace for the legendary first-person tactical mech shooter. Promising mech customization, a proper single player campaign as well as multiplayer battles, this will be the first proper MechWarrior game to be released in almost two decades. 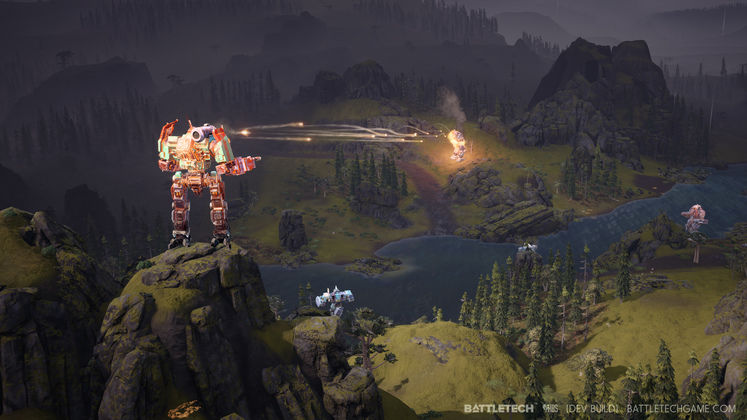 Would you look at that? The greater BattleTech IP, of which MechWarrior is part of, is making not one but two major returns this year. While MechWarrior is the shooter part of the equation, BattleTech is closer to the table-top roots of the franchise as a turn-based tactical strategy game, developed by Harebrained Schemes, creators of Shadowrun Returns. BattleTech promises a deep and uncompromising strategy experience that seeks to be as authentic to the source material as possible, while offering technical, and obviously, visual improvements over older installments. 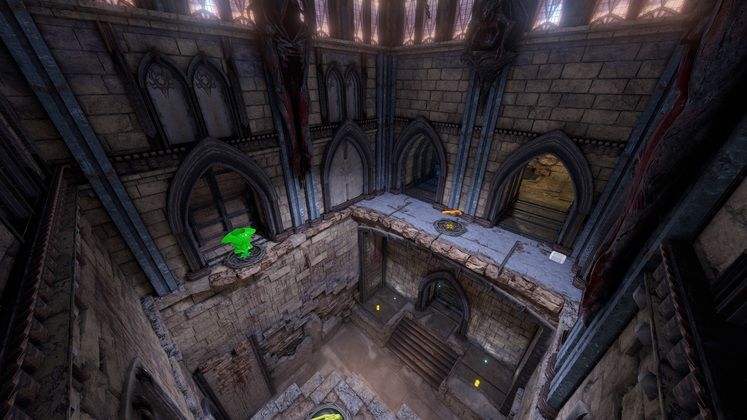 This FPS is made by the same people who brought us Doom a couple of years ago, and it will be the first main entry in the Quake franchise since Quake 4 in 2005. A multiplayer game with a free-to-play option, the title will even feature B.J. Blazkowicz of the Wolfenstein series and Doomguy (the marine/player character from Doom, elementarily), and it's a must have for any fans of the classic run'n'gun style of early noughts' FPS. 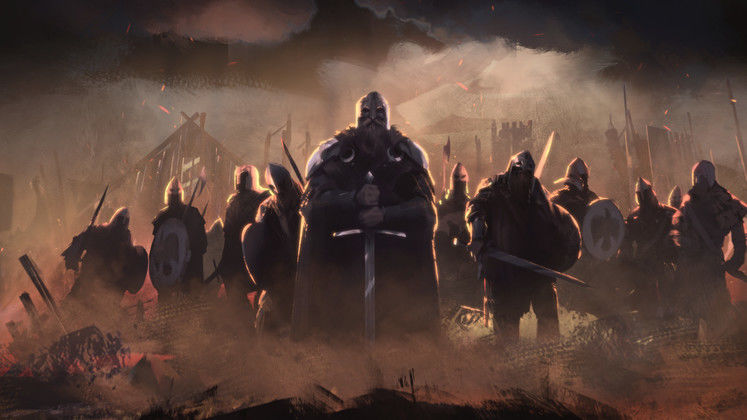 A spin-off of the main Total War historical entries, Thrones of Britannia will be a full game standalone release featuring a more focused time period and scope. Instead of huge century-spanning eras like Rome II or Shogun, this one focuses, elementary, in Britain. In 878 AD, amidst Viking invasions and a civil war, several kings laid claim to the throne, but only one got it. That's where you come in. Go get it, soldier. 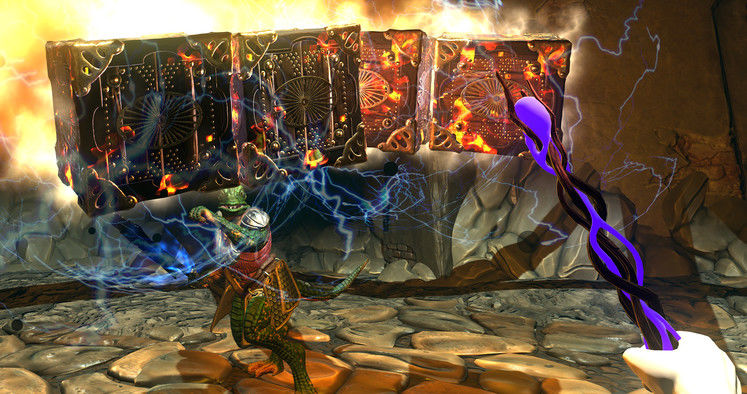 Another action RPG, this sequel to Ultima Underworld continues the series focus on simulated systems and non-linear progression to create emergent gameplay. You create your character (without class restrictions) and is set upon the world in a first person perspective, free to interact with Elves, Dwarves, and the mushroom/fungi-like Shamblers. Your choices affect the game, and the title's systems gameplay promises to make it amazing. 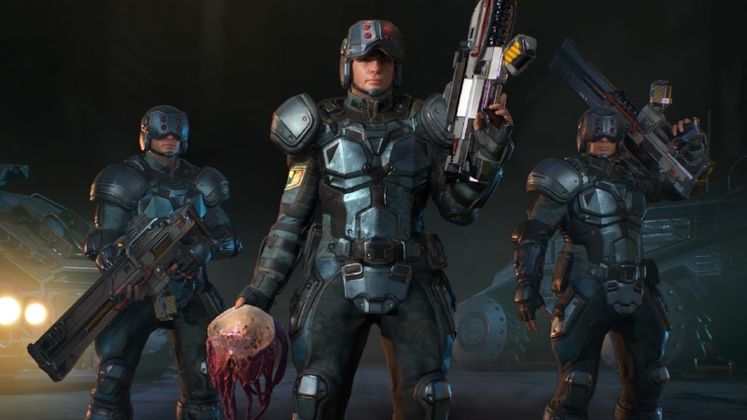 The new strategy game from the creator of the original X-COM series (now spelled XCOM), this turn-based tactic game features all the amazing XCOM staples, like squad management, world deployment logistics, and base building, but with several new additions. The new aliens facing Earth range from small, human-sized creatures to huge towering behemoths, which all mutate and adapt to your tactics in real time as you shoot their limbs off. The environments are also procedural and destructible, hopefully to a bigger degree than XCOM's already amazing extent. All in all, I'm definitely keeping my eye on this game. 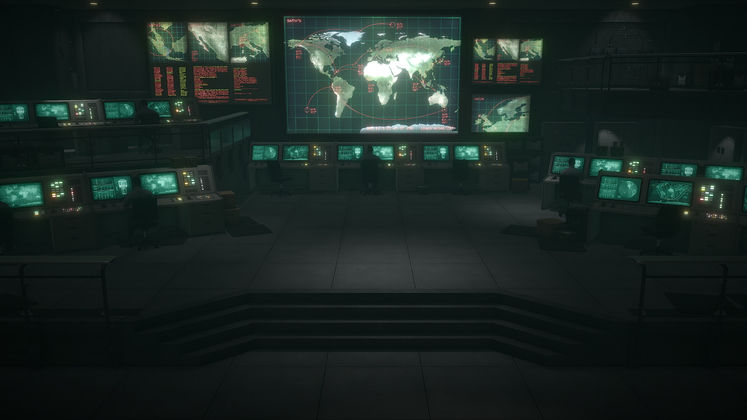 Another XCOM inspired game, the sequel to Xenonauts takes place in an alternate history timeline during the Cold War, rather than being a chronological sequel to the first (so basically the exact same twist XCOM 2 pulled). The devs stated they've done it to give them freedom to alter the story, setting, and enemies without the constraints of player progression and technology, and allowed them to make the aliens both visually and mechanically more interesting than the original. Did we miss any? What PC exclusives are you looking forward to? Let us know in the comments!