The Top 10 Most Underappreciated Action Games On PC

It’s been a long day. You’ve printed out 300 pages at work with your boss under the impression that your shot at the Great American novel was, in fact, an archive of the company’s reports for filing away later.

You plan to get away from it all, but for now you’re stuck. Under that dismal notion that your life isn’t changing for the better just yet, you go home with your tail between your legs just hoping for a warm meal and to feel the skull of a demon break between your fingers with a cold one between the rest.

Looking For Something A Little Scarier? We Rounded Up The 10 Best Multiplayer Horror Titles Over Here

To aid in selecting your next great escape before you hit the real money and spend the rest of your days in the Bahamas, we’ve spliced together a list of The Best Action Games On PC. Some are obvious, some you may consider are not underappreciated at all; but it’s a list of varied tastes, many considerations and all totally worth at least a glance. 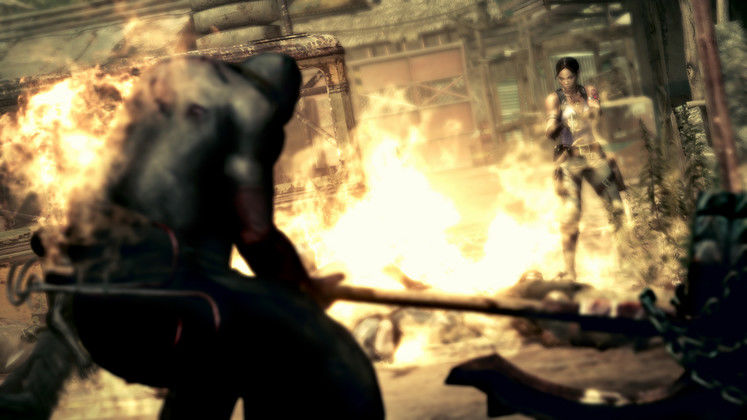 As much as it pains me, as a long-time Resident Evil fan, to include a staple franchise of the horror genre on a list of Best Action Games, that’s just the way Capcom went with this one.

Sure, the enemies you face are guys and gals infected with a absolutely horrifying idea of a internal parasite that raptures from their mouths to spread its seed, but what Capcom did in the heart of Africa played out more like a Hollywood blockbuster. There’s copious amounts of explosions, motorbikes with more explosions, rocket launchers causing more explosions and a guys with power tools and giant axes shredding up chains - and your head - and knocking down the walls of buildings. There’s even a couple of speedboat sections for those who’d like to relieve one of the worst chapters of Half-Life 2.

They didn’t manage to make a half-decent horror sequel with Resident Evil 5, but Capcom did manage to make an action title with enough guns, fists and fine-ass booty to rival the Fast & Furious franchise - with probably a similar amount of death, too. It’s co-op, too. Huh. 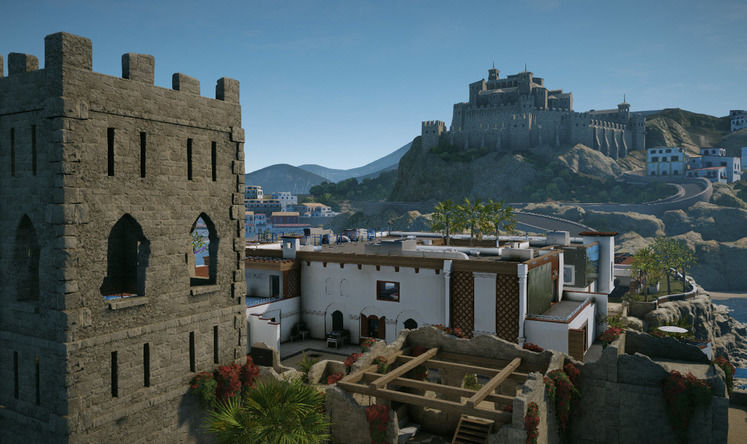 Sure, this one’s lacking any real sense of a single-player campaign, but it has everything an action-aficionado could possible want. So long as they’re not looking to drive vehicles. If you’re looking to enjoy your action on a slightly lower scale but with a bunch of other players looking to blow up walls, dive through windows and spray bullets through the plaster of a narrow corridor, this one’s for you.

Constantly going on sale in one way or another, there’s plenty of opportunities to pick out your favourite operator, knock down the walls of the Red Velvet club and get shot down in 3 seconds flat.

It might not have the long-range appeal of Ubisoft’s past Rainbow Six titles like Vegas or its sequel, but there’s enough firepower available in this one to have you shouting “Breach and clear!” despite how many times your allies tell you to shut the f*** up. 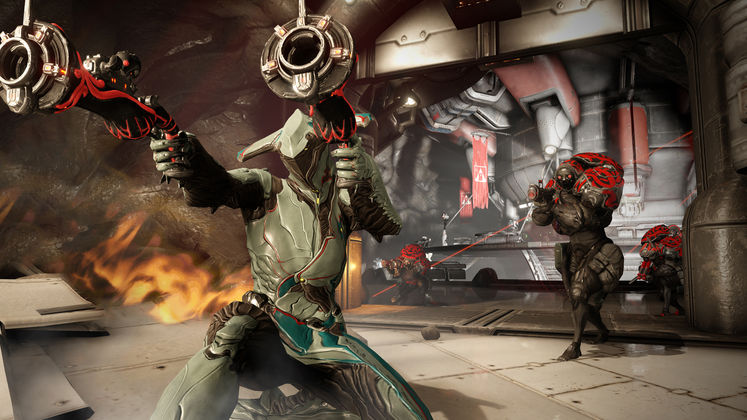 Racking up over 120,000 reviews to sit high up in Steam’s ranks, Warframe came out of nowhere back in 2013 to surprise fans with its fast-paced sci-fi action that essentially let players take the role of space ninja and slice through enemies at a time between Raiden’s first solo adventure and years before Blizzard came out with everyone’s favourite cyber ninja-samurai Genji.

Warframe plays out a little like Destiny. Despite technically being an MMO in some respects, players mostly team up in small groups and take on different instanced missions in a standard level-select method. Sword, guns, teamwork and a fairly under-utilized setting paint Warframe as Destiny before Activision decide to turn the concept into one of the largest investments in video game history.

Grab your friends, grab a sword - or gun - and get fighting. 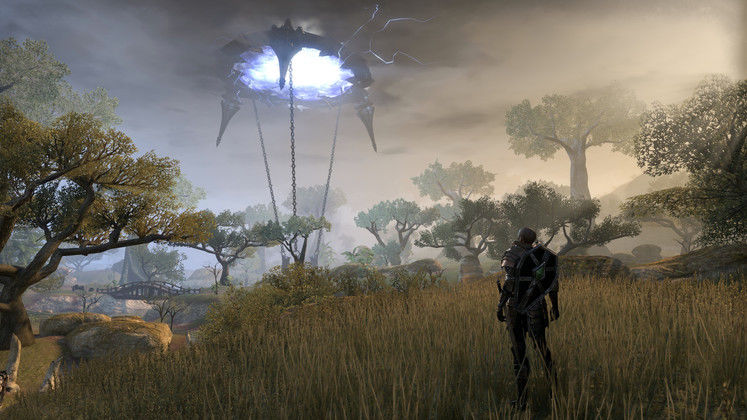 Fans have asked for it for years. MMOs have been around since the late 90s, and with 3 major Elder Scrolls titles releasing around that time, fans were growing more and more confident in their idea of Tamriel lending itself to a massively multiplayer universe.

And somewhere, deep within the confines of ZeniMax, a group was working on just that. The Elder Scrolls Online released among decades of hype and wishful thinking, but didn’t quite manage to hit the nail on the head straight away. With first-person combat coming through avid fan requests, it was clear there was a slight disconnect between the eager playerbase as the developers even before release.

Thankfully, however, a few years did this one a tonne of good. With the removal of traditional MMO walls like level and gear requirements, it’s entirely possible for newbies to take on the best if their understanding of the game allows them. You can explore a revitalised version of the entire world of Tamriel hundreds of years before the main-line series and either fight demons and beasts alone or with friends. Guns and tanks are swapped out for swords and magicks for those looking for a more Tolkien-esque action title. And this is the one. 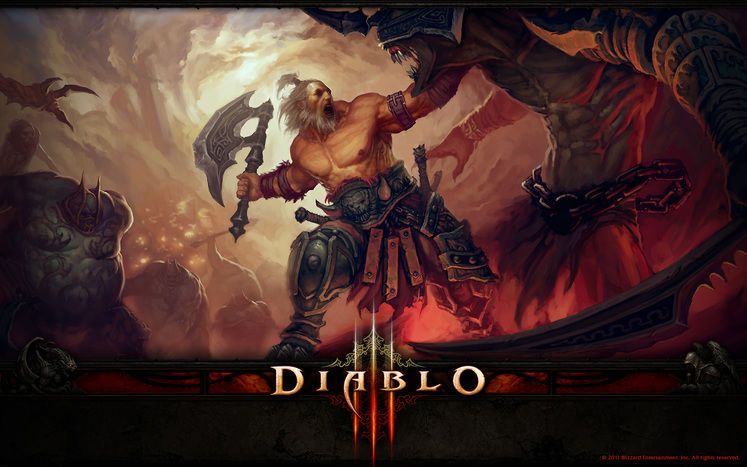 Mixing both Action and RPG genres together isn’t a rare feat these days, but it’s one that can be done in a seemingly unlimited amount of ways. Many have come to try their hand at the same in the years, but none have quite managed to inject that Blizzard charm into the hack n’ slash demon-slaying action-RPG genre - and they did it again with Diablo III.

Whether you’re going it alone or with a group of like-minded strangers, Diablo III paces itself perfectly with level-ups and loot drops. The campaign is balanced enough for repeated playthrough and the seemingly never-ending achievement system means there’s plenty of replay value between Hardcore seasons, too. Sometimes there’s barely any enemies, then a few strong ones, then dozens of them ready to explode at the press of a button before delivered a deadly mix of chain/prison/arcane beasts ready to melt you down in a second flat.

It’s exciting, exhilarating and everything’s up for executing you - but you’re some kind of magical man with an axe bigger than your own body or capable of rolling 5 whole meters while carrying 17 shirts and a bag of diamonds. What’s not to like? 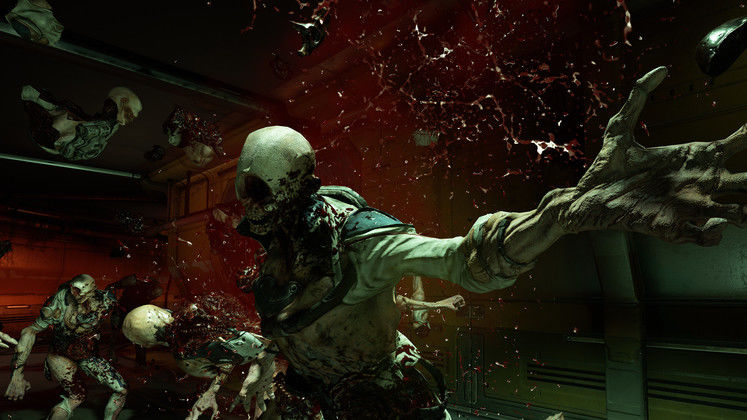 Where do we ever start with DOOM? It’s the all-caps reboot of the all-caps classic. Reboots typically don’t fare too well in either gaming or movies, but we’ve had two stand-out exceptions to this rule in recent years with the next being another fine example.

Released last year to critical acclaim, DOOM did everything right with level design that perfectly mimicked what made the original a worldwide phenomenon with run n’ gun gameplay that rewarded biting off more than you could chew with the ability to keep on killing with brutal, bare-knuckle boxing. 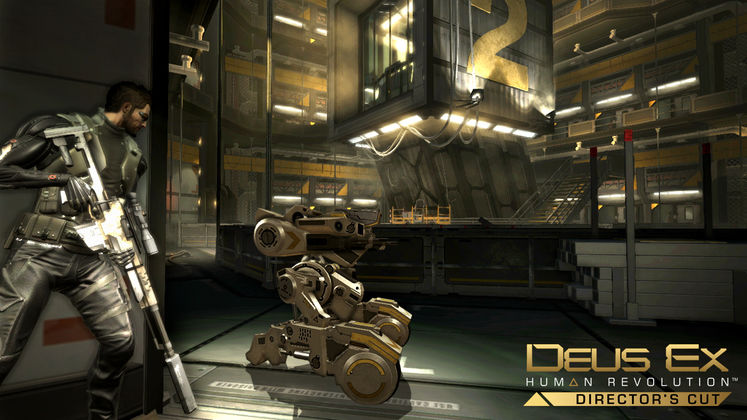 We’ll take the questionable boss battles over the micro-transactions twice over to defend this from its long-awaited sequel with shoddy business practices. Plus, the hype built up with a continuation generations after Jensen’s last outing just means a whole lot more than a sequel we can compare to Invisible War

The glory of Deux Ex: Human Revolution not only stems from its political narrative of racism and acceptance, but how it allows us to tackle its problems in a variety of ways. Whether you want to flank the enemy, break down a wall with your iron fist and lay down the law, swoop in with a tornado of bullets and question your poor life choices or just sneak around back and never kill a soul - it’s completely up to your own personal stance on the matter.

It’s gorgeous, runs well on a variety of hardware as was our first real taste of DX11’s tessellation in a world that couldn’t be smoother. It’s basically the video game adaption of Blade Runner without the Indiana Jones soundtrack forming in the back of your mind. 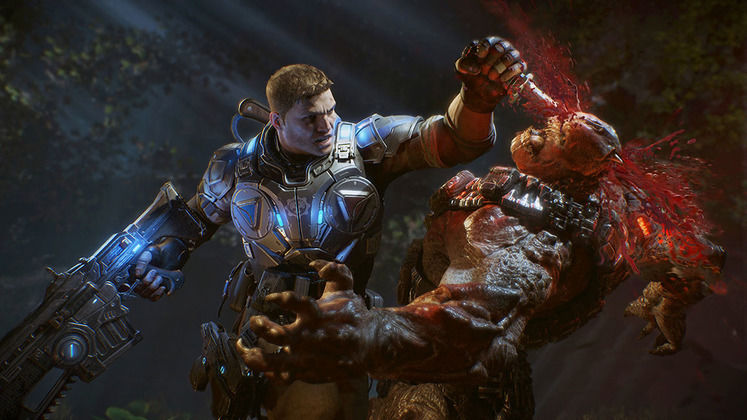 You have two choices with this one. While the first lends itself to a stronger story in its own right, the newest entry - Gears of War 4 - certainly offers up more firepower and a broader co-op vs AI experience with Horde Mode.

For that reason, we’re leaving it ambiguous. Both have their ups and downs with Gears of War 1 lacking the brutality of later instalments while Gears of War 4 adds in the trope of machines turning against their creators while the Locust are, in a sense, back to their old shenanigans.

If you’re looking for story; go with the first game’s heavy emphasis on a tight-knit group of soldiers. But if it’s big explosions, rapid-fire shotguns and more ways to see a body be ripped apart, Gears of War 4 is the better bet. 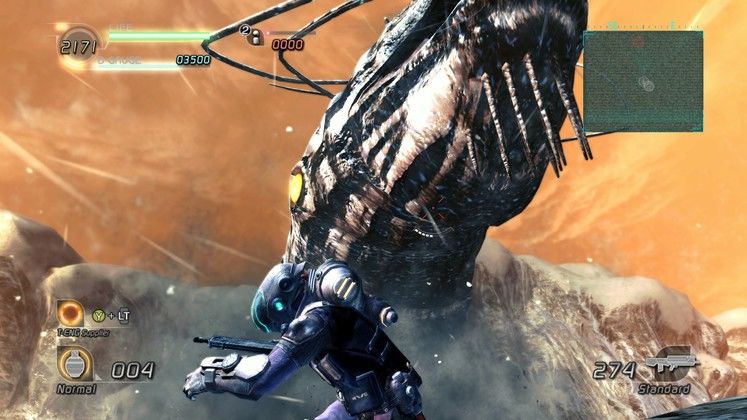 Lost Planet 2 might not have been the success Capcom wanted it to be, but they carried on the franchise with the lesser Lost Planet 3 with a more kid-friendly spin-off on the 3DS a little later. They tried, and while the franchise controls like an arcade game, it’s precisely what makes it stand out amidst copious other candidates.

Boarding mechs known as Vs that can come equip while piledrivers, powerful siege weapons and few other little surprises, when you’re not grappling onto enemies and stealing their fuel, you’re running them over and causing some serious mayhem alongside your friends.

Enabling 4-player co-op and Capcom’s array of silly costume choices, you can take on massive Akrid in a way not too dissimilar to if Capcom brought machine guns into Monster Hunter. It’s an absolute blast with a group and still fairly solid on your own. 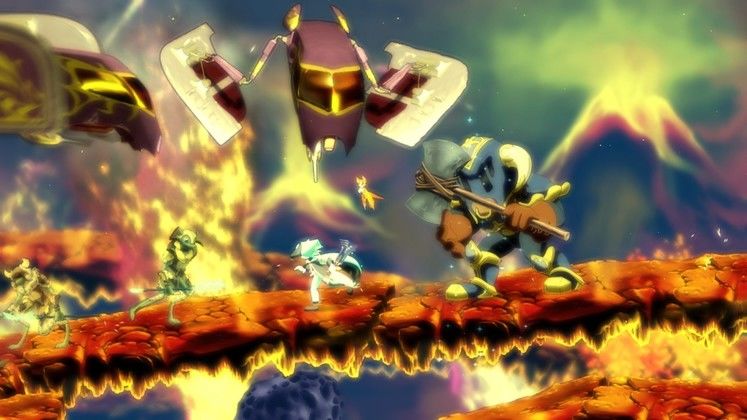 In a bid to have the list offer something for everyone, this is for the folks looking for a fast-paced, side-scrolling action game that praises creativity and twitch reflexes.

Pieced together as mostly a solo effort by Dean Dodrill, everything but the soundtrack and voice acting is entirely his own creation. Offering up a hack n’ slash gameplay with a variety of different attack patterns and combos, it tells a heartbreaking story with a soft pallet and some surprisingly refined combat reminiscent of games like Ninja Gaiden where anticipation, spacial awareness and dexterity play a key role.

Don’t let its cartoony visuals and anthropomorphic characters dissuade you from a solid piece of indie action. It’s really cheap, too. 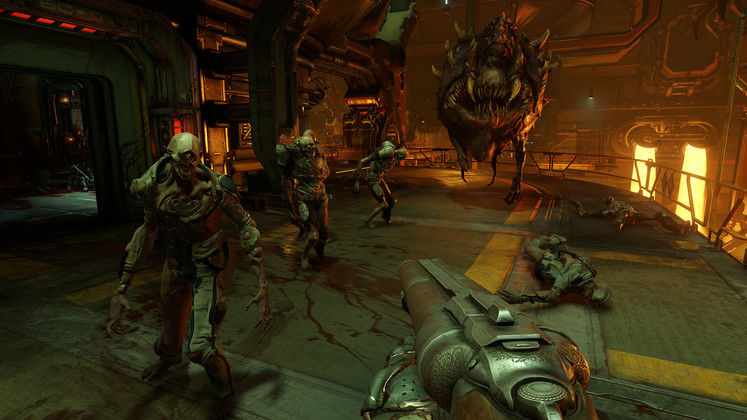 And there you have it. We’ll likely update this list from time to time should we decide another gem has emerged from the mountain that is the action genre. In an effort to offer something for everyone, you’ll likely wonder why your favorite Battlefield or Ghost Recon game didn’t make the cut. They’re everywhere. You’ve heard of them. We’re trying to shed the light on not just the lesser known titles, but those that are maybe a little under-appreciated.

Go forth and conquer, kill and otherwise beat up your virtually rendered enemies whether that’s with a blade, a gun, your bare fists or a vending machine that wouldn’t spit out a Toffee Crisp. Take a load off.