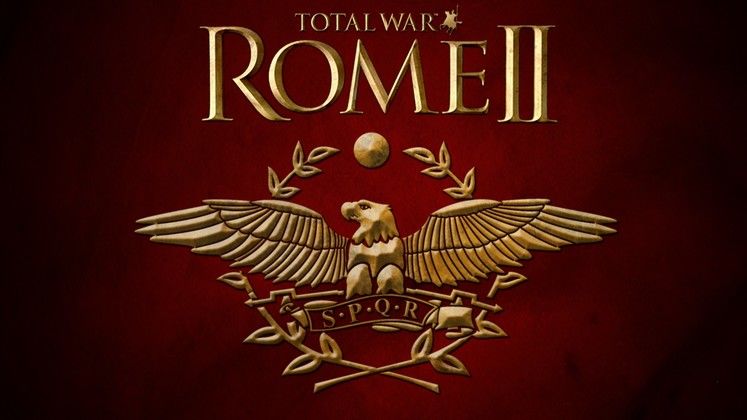 Ah, Rome II. The blood of the fallen stain the landscape and make the soil fertile for the planting of great kingdoms, nations, tyrants, and emperors. There’s a lot to do before you’ll ensure your people will withstand the test of time. Why not play around with some mods, tweak the rules, and make things more interesting?

Here we’ve got mods to tickle the interests of the most diplomatic lords and the bloodthirstiest tyrants. There’s interface tweaks to make things more appealing or simple. You can get mods that will play with the many diplomatic factors of the game to make the time between war more dynamic or rational. Just as well, for those who care simply for war, there are mods here to give more depth to your armies and make your battlefield far more interesting. Take a look and sample the wares as you prepare for victory on the glorious fields of warfare and politics. 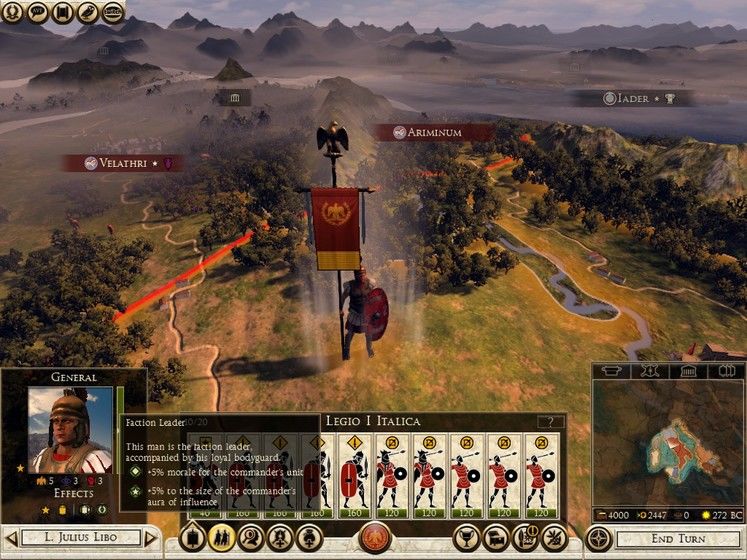 This mod will give an integral new function to your faction leaders. Placing them in a capital as either a general or a statesmen will have varied effects on the politics of the capital as per the faction leader’s traits. These traits can be positive or negative and add another facet to control of your cities.

ARC (Adjust of realism in combat) / Created by Indiferente Jack 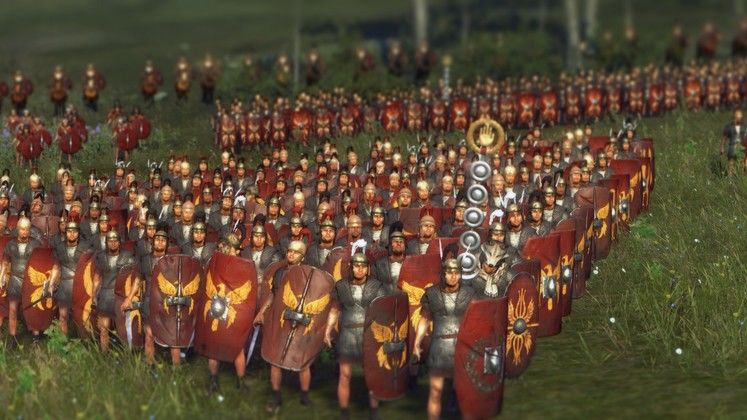 ARC is a mod geared towards making battles and combat a more realistic affair in Rome II. Formations will be varied based on armies. For instance, barbarians, who should have no organization will be more scattered and without true formation. Other sensible changes include wooden buildings burning more easily, shields actually shielding, and giving siege weapons a more sensible cost.

MORE CITIES AND TOWNS ON CAMPAIGN MAP / Created by THE KONIG 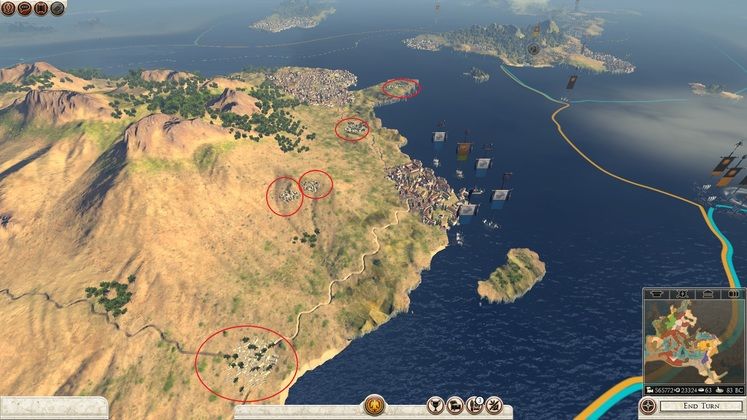 This mod is set to bring the world of Rome II a spark of life by adding more settlements to the landscape. Specifically, it adds minor cities and towns to the map in addition to the regional cities and capitals, bringing the settlement total from around 180 in vanilla Rome II to about 1200. 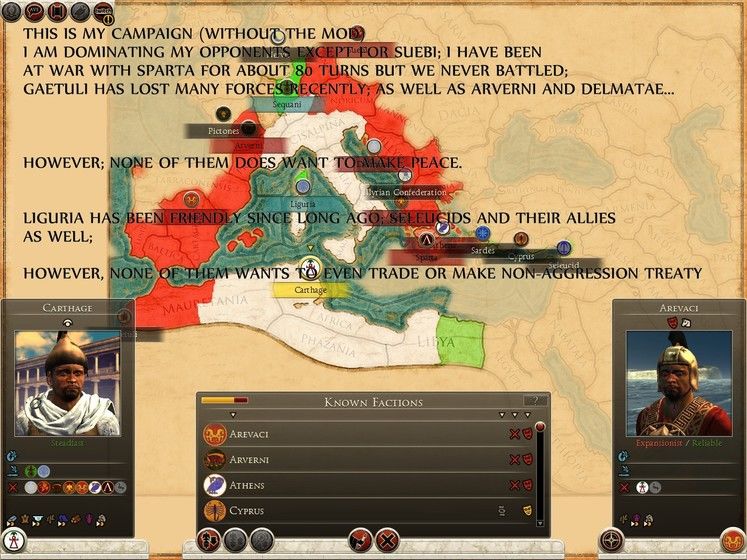 This mod adds more context and better decision making to the A.I. of Rome II in matters of diplomacy. Your enemies will react and try to outwit you. Strength will be met with caution. Threats and opportunities will be met with rational decisions. Your enemies and allies will remain less static and their decision making will evolve over the course of a game with changing conditions, bringing a more dynamic challenge to the game overall. 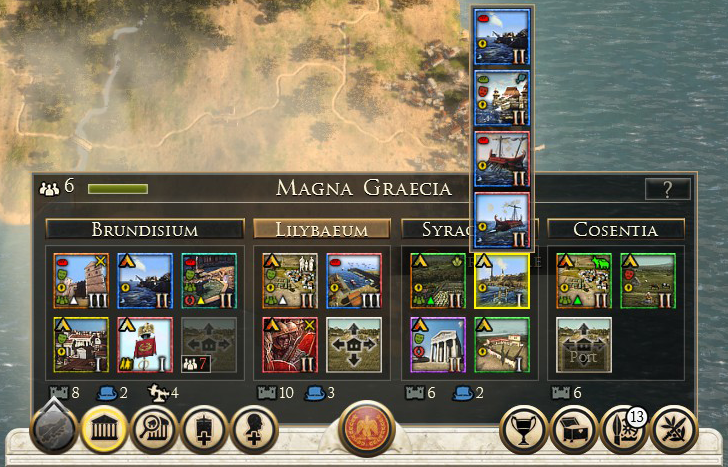 Did you enjoy the look and details of building icons in Total War: Attila? Well you can bring many of them over to Rome II now with this mod. It replaces a ton of the building icons with those of Attila’s with notations of on the sides of what the buildings will offer you. The Rome icons are completely done and the author is actively working on creating icons for all the other cultures as well. 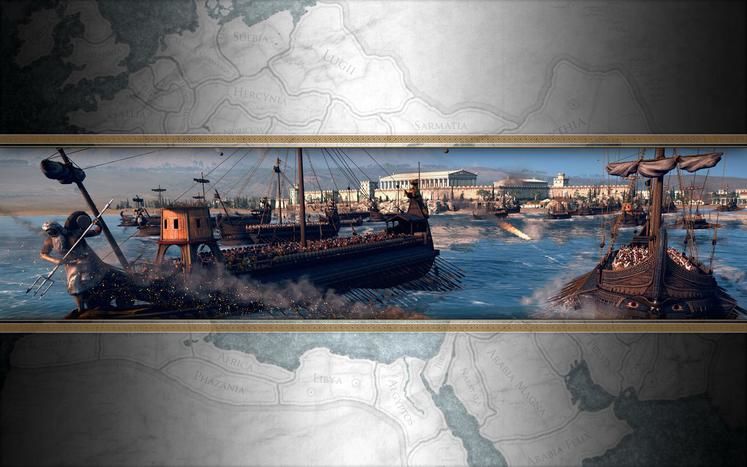 Vanilla Rome II has 12 concept art loading screens that cycle through pretty quickly and can get boring after a while. This mod fixes that by adding 68 extra images showcasing factions, units, and other creative things in the game. It certainly spices up what would otherwise easily becomes drab scenery between your games. 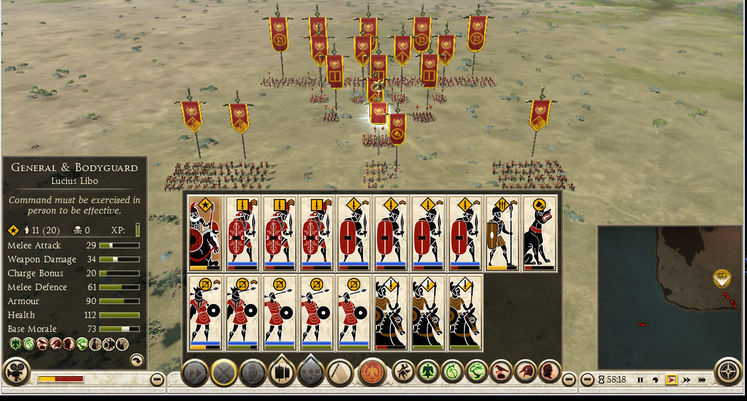 Do you ever get caught up in the heat of a battle and lose track of your general abilities? So did this modder, so they created a simple, yet effective mod that helps ease the stress of targeting and selection. Quite a small thing, but very helpful nonetheless on the field of battle when you’re trying to pay attention to so many things at once. 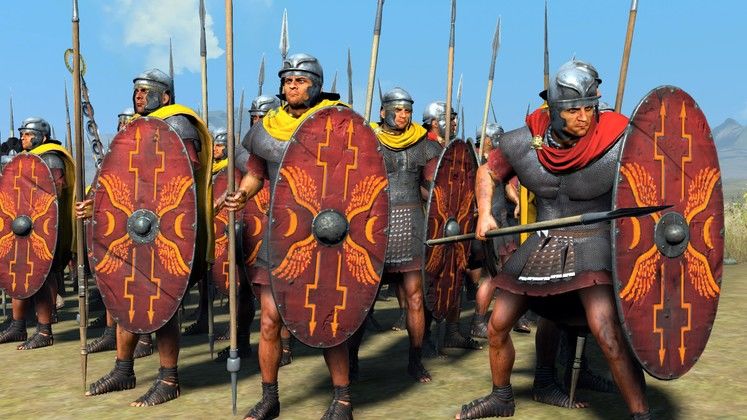 Played around long enough that you’re bored with all your toys in Rome II? Need more depth in your strategic warfare? Then this mod may be what you’re looking for. This mod adds 420 new unit types to the game, about 14 for each of the games factions. Each unit is based upon historical context and balanced to the strengths and weaknesses of the factions to which they belong. 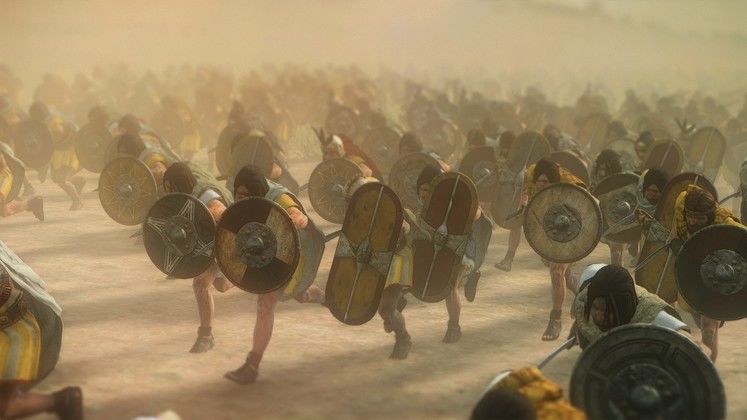 Here’s a fact: war kicks up a lot of dust. So why shouldn’t Rome II host some genuinely dusty particle effects in the midst of massive armies marching in formation and clashing with other forces? This mod adds new particle effects that give credence to the idea of “Fog of War.” Dust and clouds are thicker and hang around longer and wind effects sweep them across the plains, giving a more epic and dynamic look to battles. 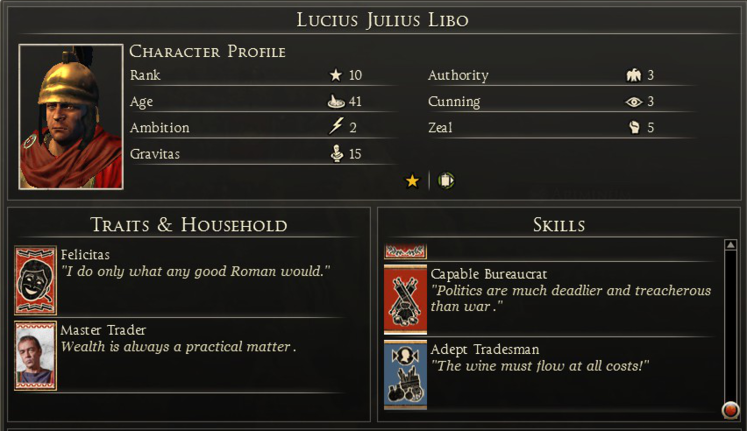 This is a mod that updates and overhauls many of the systems related to skill and tradition trees for armies and generals, as well as updating faction ranks and ancillaries to be more balanced and make more sense. It’s a wonderful mod if you’re looking for something that will give more context to the growth of your forces and their leaders. 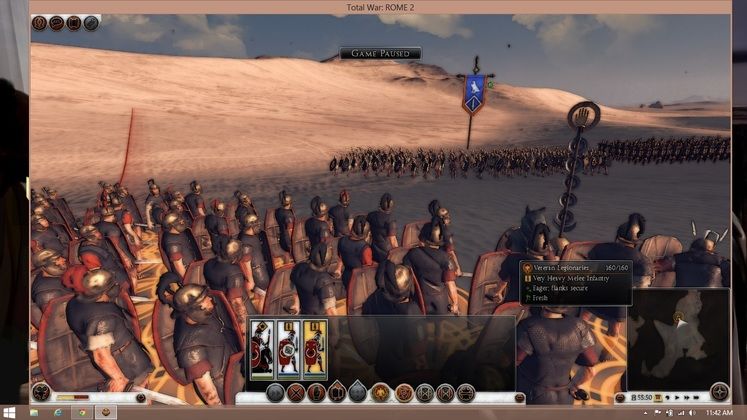 Do you want all of the options of occupation and politics when it comes to dealing with your enemies’ cities? With this mod, sacking, liberating, looting, razing, subjugating, confederating, forming satrapies and forming client states are all open options for you to play, regardless of your faction or culture. Be a barbarian that introduces monarchy to the land. Be a roman government that forms client states. With this mod, the context of your diplomacy (or tyranny) is in your hands. 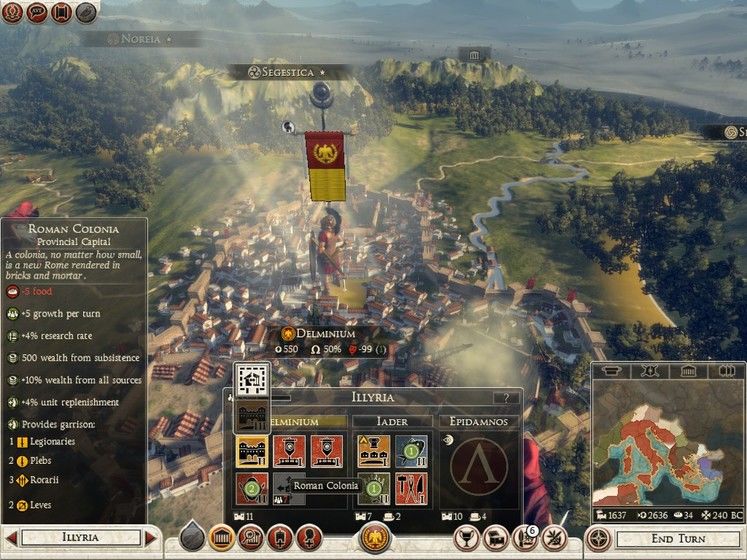 Do you find it weird that small civilizations can pretty much research just as fast as large ones? So did this modder. This mod gives rewards to research for the growth of your empire. The more your states grow, the greater their ability to accomplish research will be. Now get out there and learn a thing or two with your extensive nations. 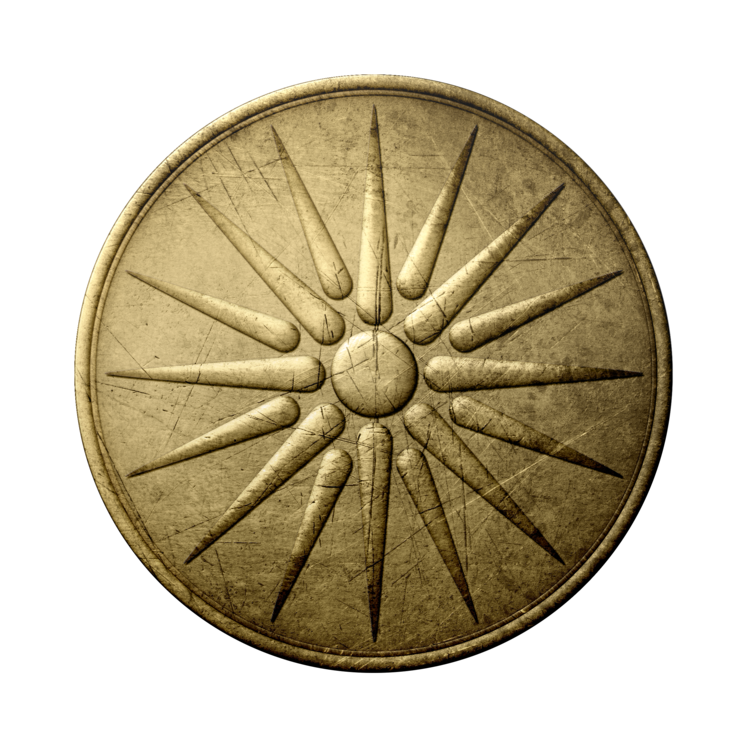 If you’re a veteran modder of Rome: Total War, you’ve probably heard of “Roma Surrectum II” – A model of historical accuracy in a mod. Well, this author attempts to carry on the legacy of that great work and realize it with the Rome II engine. The author focuses on authenticity, depth and immersion, with features such as a new camera, new graphics, a new soundtrack and a new user interface.

Conflictus Antiquarum Culturarum: loosely translated as “Clashes between ancient cultures”. This mod strives to improve gameplay and add diversity to the vanilla game. The mod takes into account historical accuracy and realism. If you find that you need something else to do in the ancient world, give this mod a try. 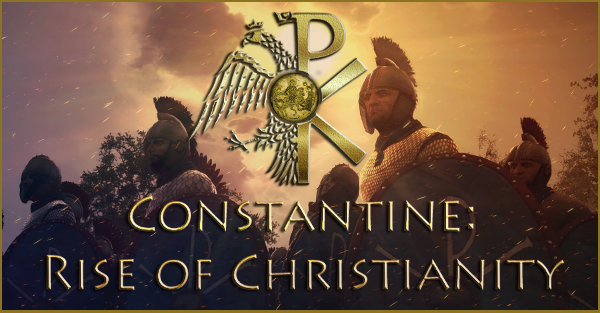 Travel back to the year 311 A.D. and witness the rise of Christianity from a struggling Roman Empire under the leadership of the renowned Constantine the Great. Constantine: Rise of Christianity overhauls the Roman and Sasanian rosters, and incorporates new religions (not just Christianity), along with historically accurate textures and models. Give it a download, I’m sure you’ll lose many hours playing this mod. 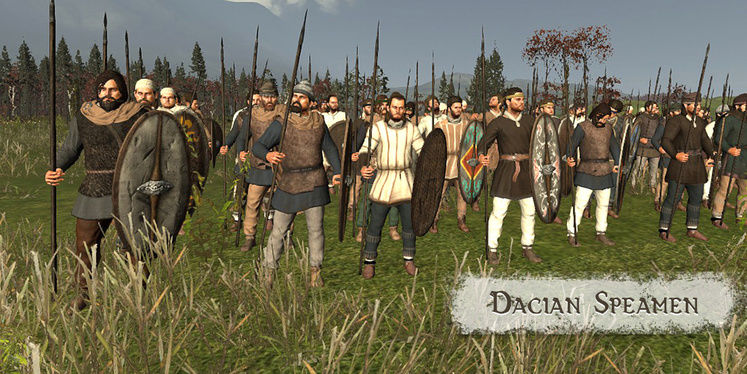 Are you a history buff? Do you enjoy historical accuracy in Total War: Rome II? If you answered yes to any of those questions, then enter Culture Identity Units. This mod is a collection of textures for all unit rosters in the west. These textures are based on fact, taking into account culture and ethnic aspects. 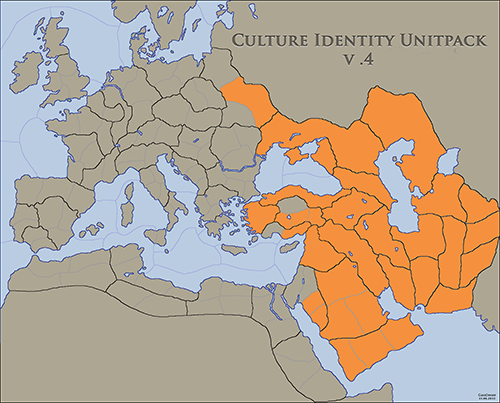 And here we have the companion mod to the Culture Identity Units - West. This focuses on the Eastern half of the map. Once again, you’ll get a reskin of unit rosters, but this time focusing on the east. Hey, why settle for half the map; if you’re running CIU - W, you may as well get the complete experience and grab this mod as well.

The authors of these mods we’re sharing with you have a thing for historical accuracy, and this mod is no different. The author applies this authenticity to units, rosters and battle mechanics. This mod focuses on the campaign and battles to create an immersive and challenging experience. This mod also has over 1700 custom textures and models for units. 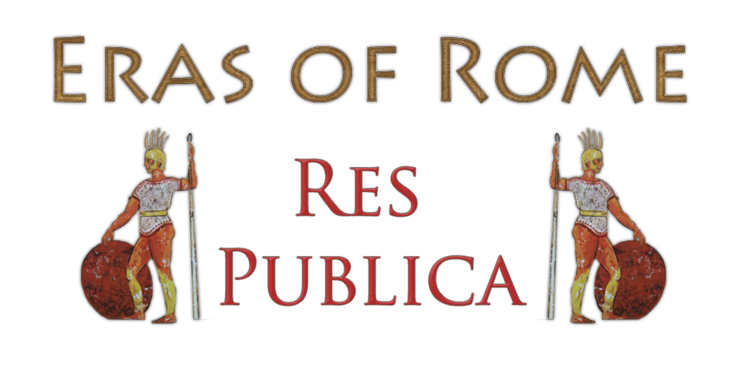 Follow the great empire of Rome from it’s birth through to it’s demise. This mod adds a series of campaigns that has you choose to play as Rome or one of the era’s other mighty civilizations. Play as one of 7 factions to shape the Italian peninsula. 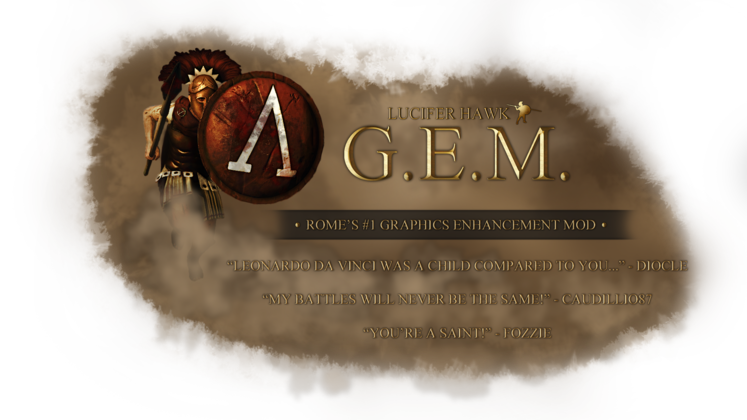 Total War: Rome II is a pretty game to begin with, but the resourceful can always find room for improvement. Enter GEM. This mod adds new and overhauls existing shaders in the game, as well as adding a custom SweetFX shader suite. The end result of these changes is a much prettier gaming experience. This mod is a great base for your Rome II play through, be it vanilla or modded. 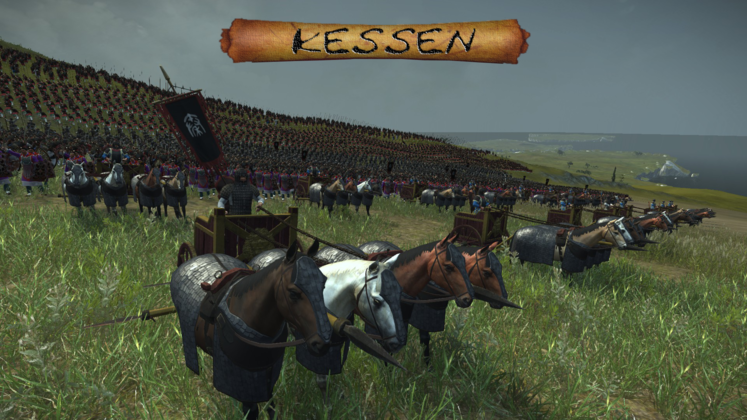 If you feel like breaking from the vanilla shackles and adding a little variety to your Rome II experience, then this mod is for you. Kessen Overhaul completely changes the nation of Baktria into the Chinese Empire. This includes all the required units, rosters, cards, flags, etc. It also includes completely custom models and textures. Why not see if a break from the default can spice up your play experience.

Not a bad place to start, no? We hope you found a mod or two to make your conquest more appealing. If not, be sure to check back on occasion. Just like the sands of time that raise and wipe away civilizations, our page will be changing and progressing to include more mods we think you might enjoy. May your armies strike down your foes and your diplomatic tongue be ever silver.