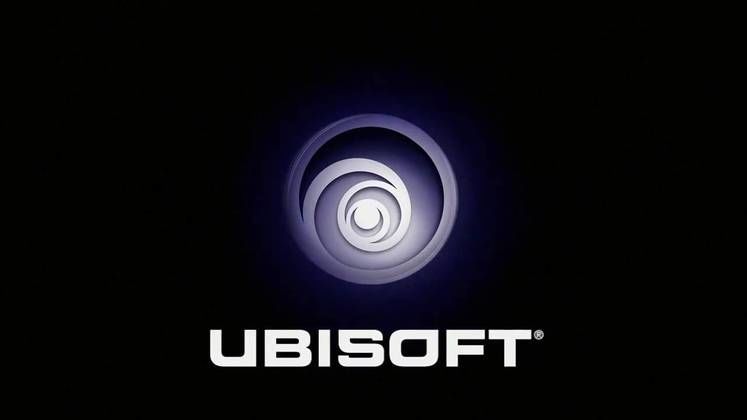 If you asked any PC gamer that really paid attention to our industry who the worst developer was in 2014, the majority of them would likely utter a single name: Ubisoft. The company most known for the Assassin’s Creed series was equally as well known to PC gamers as the company that put out some of the worst ports on the PC platform. It wasn’t a wonder why so many fans disliked the company, though. Aside from the shoddy ports, PC gamers felt disenfranchised by the publisher, especially with its president, Yves Guillemont, essentially calling “95% of gamers” pirates.

However, if you take a look at the landscape of games as we close out 2016 from Ubisoft, it’s hard to continue to call them the “Worst PC Publisher” today. Warner Bros. may have taken that mantle, with Bethesda not too far behind. But why is that? What has changed since 2014 that has caused this turnaround?

One of the major reasons PC gamers were upset with Ubisoft during 2014 was down to the Watch_Dogs graphics controversy. When the earliest footage of the game was shown at E3 2012, many knew this would be a game that would push our rigs to their max. The footage looked decidedly “next-gen,” making use of fog effects, reflections, incredible lighting, and more. It was incredibly disappointing then watching the same game unfold the following year at E3 2013 looking completely different. Many simply chalked this up to it running on PlayStation 4, secure in the knowledge that their PCs could run the game better. So when Watch_Dogs finally shipped in 2014, PC gamers were taken aback by what they saw.

This wasn’t the game sold to them back in 2012. This wasn’t the game that many users went out and spent money on more powerful hardware to run. Watch_Dogs was the poster child of graphical downgrade. To make matters worse, modders and data miners eventually realized that all of the features seen in 2012 were actually still there, locked away! This gave rise to the idea that the PC version was “held back” to make the new consoles look good.

Since then, it was a downward spiral for Ubisoft as Far Cry 4 released with major issues with its port (the game still refuses to launch for me, years and an entirely gutted and upgraded computer later), Assassin’s Creed Unity hit the platform in an almost unplayable fashion – though that held true for those playing on console as well. Consumer faith in Ubisoft was at an all-time low, with even South Park: The Stick of Truth having massive bugs initially on PC.

Syndicate Shows Us Some Signs

Assassin’s Creed Syndicate released to near universal acclaim last fall, and one of the major reasons why was because it was objectively better optimized than its predecessor. However, one only has to look at its initial sales numbers for you to realize that the name had taken a hit. Ubisoft’s reputation of putting out shoddy or incomplete ports had begun to rear its ugly head. However, Syndicate’s PC port’s quality showed that the publisher was ready to get back to the form that enabled it to launch games such as Anno 2070, Child of Light, and more. The company still has had its fair share of slip ups (Rainbow Six: Siege comes to mind), but things were looking up for the company. It wasn’t until earlier this year that we started to see some consistency with their ports. The ports weren’t perfect – no game ever will be completely perfect – but they were a far cry from what gamers had become accustomed to seeing. 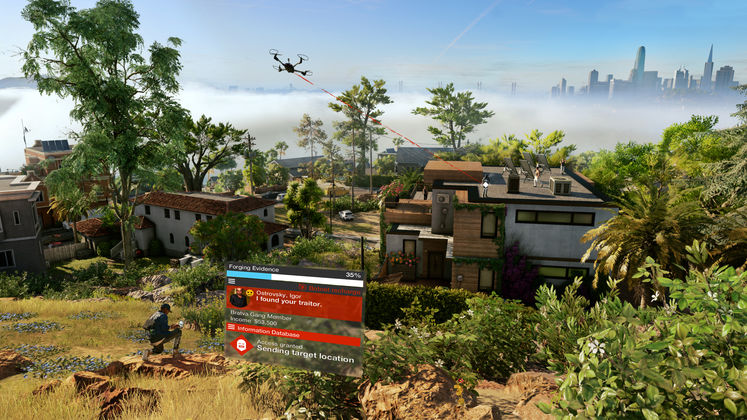 Far Cry Primal launched with no issues, followed by The Division. And while there have been issues with The Division, it’s not down to the port. However, the game everyone wondered about was Watch_Dogs 2, the sequel to the game that left such a sour taste in PC gamer’s mouths two years prior.

In our review, Chris Capel mentions how well Watch_Dogs 2 ran on his system:

“We’ve done a Performance Test [already on] the sequel using our home PC with AMD-FX 6300 Six-Core Processor, [16 GB] RAM, Nvidia GTX 960 4Gb, and Windows 10 64-Bit, and we’re pleased to say that Ubisoft have finally listened: Watch_Dogs 2 runs great. I had very little slowdown or frame drops unless I was using 100% full Ultra settings, but thanks to the handy VRAM Usage bar (that every game should have) I could easily tailor my settings to run well and still look great. In this case all I had to do was drop Shadows to ‘Very High’. Hooray.” 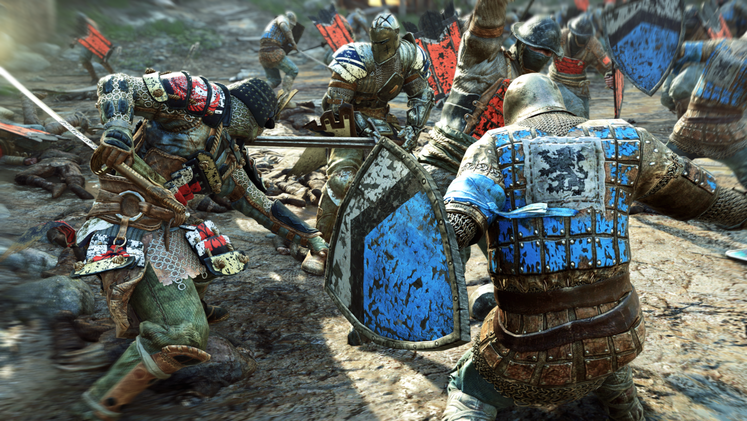 Everytime I’ve played For Honor, whether it be E3, Pax or during the public beta, I’m astounded at how well a technical test runs and look forward to seeing the full game in action

I’ve run the game on my i7-6700K 4.0Ghz, EVGA Nvidia GTX 980 4GB SC 2.0 GPU, with 16GB of DDR4 Ram clocked at 3200 Mhz and can say, without a doubt, it’s one of the most optimized experiences to hit digital shelves this year. Ubisoft even delayed the release of Watch_Dogs 2 on PC for extra polish time, something more developers should do (I’m looking at you, Arkane) to ensure the best quality ports ship to consumers. Steep, while an all-around boring game, has a phenomenal port, and it’s only looking better from there. While playing For Honor on PC at PAX West this past September, you could tell the developer was treating each version of the game with the respect it deserved on its respective platform. This was reinforced during its public beta held later on that month where players could report their findings from the test. For Honor was one of the best running betas I’d experienced to date, which gives a lot of hope that the final release will be even better.

What Does It All Mean, Though?

Ubisoft has a reason for keeping PC gamers just as happy as their other consumers. First and foremost, releasing working and optimized products to your customers is just customer service 101, but take it a step further. There’s financial incentive: PC users comprised of the second largest revenue stream for Ubisoft last year, lagging only behind the PlayStation 4. Let that sink in: 2015 wasn’t the paragon of quality PC ports for Ubisoft. The sting of Unity still hung in the air.

Then, Batman: Arkham Knight happened. Mortal Kombat X was a thing that PC gamers bought and regretted. Other studios stepped in to take Ubisoft’s place, and consumers finally snapped - requesting so many refunds and putting up such a loud cry of displeasure that Warner Bros actually pulled Arkham Knight from shelves and offered unconditional returns through the end of the year to any who bought the game. 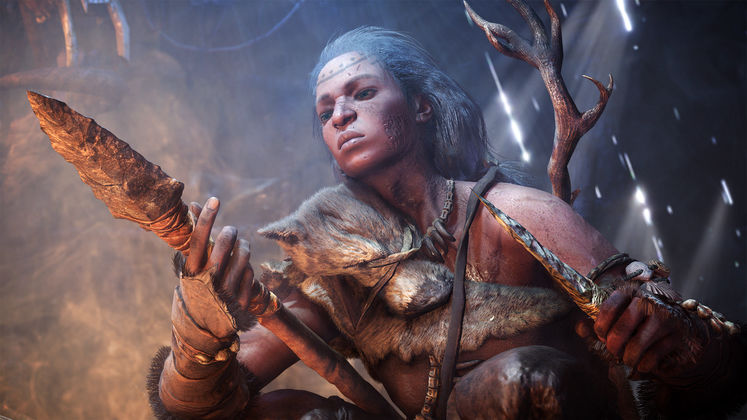 Ubisoft watched this unfold, and I think they realized that what their competition was experiencing could have easily been them a year prior. As a result, the quality of games being delivered to customers has been better, and it only goes up from here.

Ubisoft needs to continue this trend of respecting their consumers – all of them. Broken games and poor ports have no place on any platform, and if the trend they’ve set continues in the fashion we’ve been seeing, PC gamers should have no qualms about opening up Uplay and buying one of their titles. Still, caution should be used, especially in today’s market when so many games do release broken. Ubisoft may have won some consumer goodwill back, but a poor showing can easily dump it back down the toilet.

Let’s just hope they’ve finally turned that corner and no longer view PC gamers as “pirates” but as a user base eager to explore their worlds and universes, one tower at a time.