A mammoth expansion. With extra mammoths.

It takes a large group effort to patch and balance a strategy title like Age of Wonders III, and after a collective amount of 10s of millions of hours, the v1.705 patch is primed and ready to go.

Check out half an hour of Age of Wonders 3: Eternal Lords gameplay, showcasing the new Tigran race

Playing as the new Tigran race, our narrator makes use of some of the less aggressive options introduced in the expansion, taking the 'Peacekeeper' specialisation and aiming for a (mostly) non-violent victory.

Triumph Studios are working on a new expansion pack for Age of Wonders III called 'Eternal Lords', which will be released alongside the Linux and Mac ports of the game on 14th April, 2015.

Eternal Lords is the second major expansion pack to be released for Age of Wonders III. With the introduction of the Tigran and Frostling races and the new Necromancer class, players must adapt to a world on the brink of cataclysmic change. New mechanics such as the Race Governance system, which allows players to tailor the features of each race in their empire to meet their strategic needs, add new layers of depth to empire development and diplomacy. 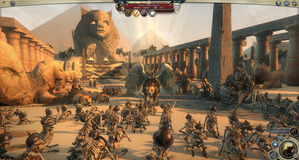 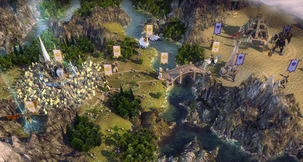 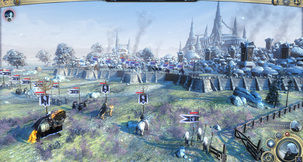