EA tease us with the launch trailer for Aftermath, the latest DLC addition to DICE's Battlefield 3. It's part of the Premium club if you're a member, otherwise it has to be bought standalone.

It's out right now for PlayStation 3, whereas Xbox 360 and PC must wait until December 4th. Aftermath features four maps ravaged by an earthquake, so expect lots of rubble.

DICE has released a new video showing off the Epicenter map for the upcoming Battlefield 3 downloadable content pack Aftermath. Level artist Pontus Ryman shows off the features of the earthquake-wracked map in a flythrough. 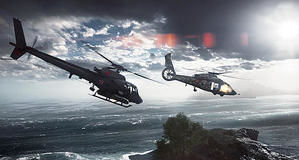