Valve had submarine game plans, studio 'could end up revisiting'

Before Half-Life cemented PC developer Valve in most gamers' hearts forever, Gabe Newell reveals they had plans to release a submarine title.

The boss says that no idea 'ever really dies' at Valve, it's more a question of "how long until we get around" to it. It's their "furthest back" unshipped project. 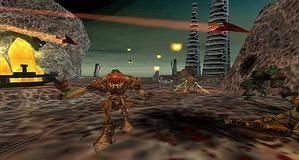