Publisher/developer Deep Silver is the latest company to join up with DRM-free service GOG. Action RPG Risen is the first of their titles to be added to the GOG library, with others to follow.

Risen 3: Titan Lords out on PC and console this August

Piranha Bytes has now revealed what's what with Risen 3: Titan Lords, and that it's coming to PC and consoles this August. In Risen 3 the Gods have abandoned the world which is plunged into Titan Wars.

We play a young warrior who's had his soul taken and so now we seek the help of the Mages, or do we? Piranha Bytes want us to decide who our friends are in Risen 3.

The Risen RPG series continues as German studio Piranha Bytes is working on Risen 3: Titan Lords which carries on from 2012's Risen 2: Dark Waters. No platforms or release schedule has yet been released.

It was German magazine PC Games that made the reveal. Some images have been posted for the new Risen ahead of the announcement. We're in for a visual leap. 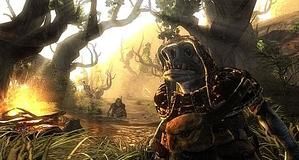