UFO: Afterlight is a great game that you'll find yourself unable to step away from because you have to research one thing more, or expand to one more territory.

Perhaps it doesn't bring in the exact creepy feeling of the old Xcom and UFO series, but it does follow on their footsteps pretty frekin good.

I did not touch the previous "newer" releases such as UFO Aftershock, as I did not hear anything good about them.

I saw the reviews of Afterlight and decided I'll give it a try. And now I suspended my life cause I just want to finish the damn thing! It is too good! The research, the production, the weapons, suits, battles, ... It is just too nicely packed up. So on the other hand I hate the game! :)

Two things I would like to point as bad things. I get a feeling that there are too many battles raging. You just get attacked so often that it gets a bit crazy at times. I'd want to rest a bit and do a bit of researching without having to go to battle every two, three game days.

And final bad thing is that research items should have a graphic image for each, representing it when it is researched. Damn I loved this feature and it is gone for good it seems. 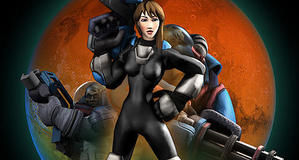