Identifying the need for additional growth, BANDAI NAMCO aremoving ahead with plans to offer up a free version of Warhammer 40,000: Eternal Crusade.

Citing itself as a way for Warhammer fans to take part in some of the biggest and most authentic battles ever exacted on an online Warhammer game, Warhammer 40k: Eternal Crusade saw players break into the 5 digits even before the official launch.

Based on the ever popular war game, Warhammer 40k: Eternal Crusade reintroduces the 4 main races of the Warhammer universe with 20 different sub-factions branching off for good measure. Players duke it out in PvE or PvP skirmishes while siding with or against each other to form some truly massive campaigns.

Bandai Namco and Behaviour Interactive announced during the weekend that Warhammer 40,000: Eternal Crusade will be released on the 23rd of September for the PC, with the console versions planned for release later on.

Eternal Crusade features four factions that includes the Space Marines, Orks, Eldar, and the Tyranids. Players can either battle in PvP modes or PvE with squads having to work together to exterminate the other factions in massive battlegrounds. Each faction has a number of sub-factions that you can choose from, with hundreds of different weapons, customization options and accessories all taken from Warhammer 40,000 lore.

Big news today for all you Warhammer 40K fans out there. Bandai Namco has announced a new partnership with Behaviour Interactive as publisher of the latter video game developers MMO-shooter, Warhammer 40,000: Eternal Crusade. Furthermore, Bandai Namco has proudly announced that the game will be launching sometime this Summer. 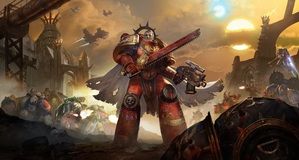 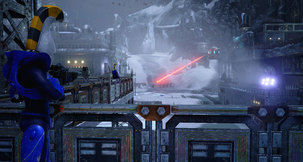 Witness The Best in this Warhammer 40k: Eternal... 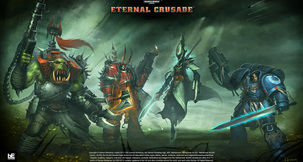 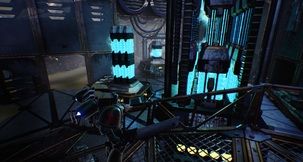