Mordhau Perks - What are the Best Perks?

Mordhau is, somewhat surprisingly, filled to the brim with various gameplay customisation features. While some, such as character customisation and apparel selection, aren't mechanically important, others such as Perks are absolutely crucial for multiplayer combat.

For the purpose of this article, we're going to go over some of the Mordhau Perks that all players should, at the very least, seriously consider implementing into their builds. While most of them are quite interesting and fun, complying with the meta will help you in practical terms. So let's get on with it!

What are the Best Perks in Mordhau? 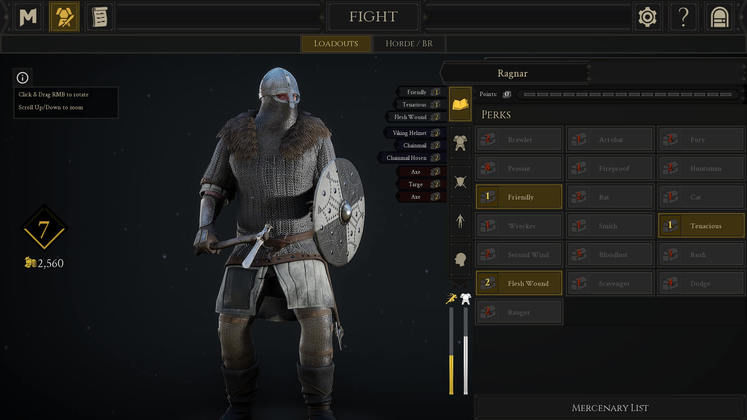 Mordhau's Perk selection screen presents you with 16 Perk points to spend. Each Perk costs a fixed number of points: whereas choosing the 'Peasant' Perk will set you back a hefty 8 points, something like 'Friendly' costs only one. But what should you, as a newbie, go for?

Your best choice right off the bath will be to pick Bloodlust and Dodge perks. Bloodlust is going to completely heal you after each kill, while Dodge outright unlocks a quick evasive move (jump + direction) that will greatly increase your survivability. Do note that these are somewhat expensive, with Bloodlust at 5 and Dodge at 4 Perk points, but they're well-worth the investment.

To build on top of this, we'd go with Fury, too, as it will refill 2/3 of your Stamina after each kill - and for only 2 Perk points at that. Second Wind costs 2 Perk points as well, and will ensure that you regain 3 Stamina per each hit that connects. These will help you keep hitting while others cannot, so that's great.

Wrap up your build by going for Tenacious, which will speed up your health regen by 66% for only 1 Perk point, as well as two more one-point Perks: Friendly, which halves friendly "fire" in any given situation, and Scavenger which will let you pick up all those incredible weapons that enemies will drop every once in a while.

When you get the hang of how the system works, maybe you'll even figure out how to mix Peasant into your build. Somehow.