We chat to the developer behind Dauntless!

Upcoming co-op, action role-playing game Dauntless may be free-to-play, but it’s doing a pretty good job at shaking up exactly what that phrase means.

We were lucky enough to interview Ian Tornay, Community Head at Phoenix Labs to talk about the feedback from the community so far, the game’s difficulty curve and more.

GameWatcher: It’s admirable that you’ve chosen the free-to-play model for Dauntless and are not going down the popular ‘pay-to-win’ route. We understand that you plan on making money through selling cosmetic items. What sort of cosmetic items can we expect to see?

Ian Tornay: We’ll have tons of dyes (including different colours and finishes), emotes, banners, and other customization options. We’re excited to share them and see how people customize their legends!

GameWatcher: The game looks amazing however, we realise that it’s important for free-to-play titles like this to run well on everything, including low-spec PCs. How are you scaling the game?

Ian Tornay: We’re fortunate to be working with Unreal 4 which gives us a ton of flexibility. We’ll have the game running beautifully on high-end rigs without needing to sacrifice an enjoyable experience on more modest computers. Of course, Beta testing plays a huge part in this and we’re keeping an eye on how different configurations are performing.

GameWatcher: Will you be providing Ultrawide support and 240Hz support?

Ian Tornay: We’re working on these features, but they may not be in for launch. Our graphics programmer is a huge wide-screen, high-resolution enthusiast, though – so stay tuned! 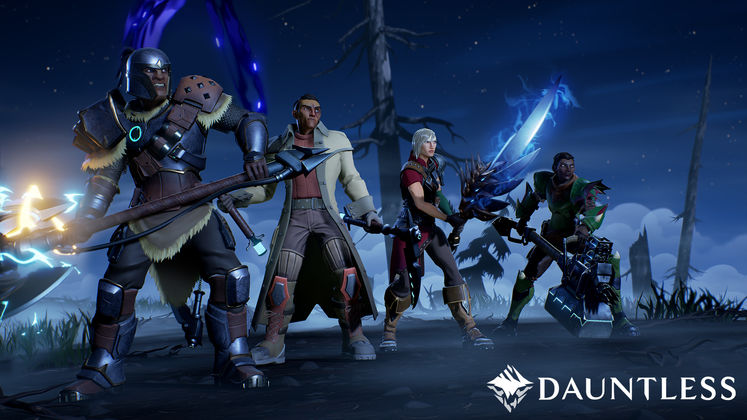 GameWatcher: What has been the most surprising/interesting feedback that you’ve received from the community so far?

Ian Tornay: We got a ton of feedback on the axe early on in our Tech Alpha. After working with this feedback, we have a weapon that has a high damage potential and really rewards mastery and pushes players’ skills. We’ve also overhauled our tutorial and intro quests, and are digging into difficulty and challenge next.

GameWatcher: While this game is targeted at hardcore players that like a challenge, there are some that are concerned about the difficulty. What’s in place for players that are put off by how challenging the hunts are?

Ian Tornay: Our favorite games are easy to pick up and hard to master, and we’ve seen a similar sentiment from players. It’s important that anyone can pick up and play Dauntless – and it’s equally important that completing the game’s challenges feels significant. We’re dedicated to a curve that will place players who are new to the genre on the path to mastery, while challenging veteran action gamers at the same time.

GameWatcher: Dauntless appears to be geared towards a four-player co-op experience. Will people playing on their own be able to hunt solo, or will they join a solo-queue where they are matched with others? If players can hunt solo, how is the difficulty of the hunts scaled?

Ian Tornay: Hunts do scale based upon the number of Slayers that are in them. While it’s possible to play solo, we’ve seen in our Alpha tests that many players who start solo begin to prefer playing in groups. We’re proud of the inherently social nature of this game. Of course, the game is also open to true solo artists. 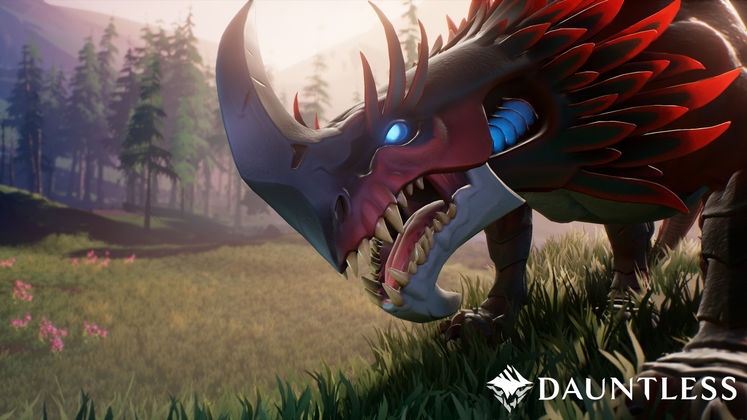 GameWatcher: We know that you got the European server up and running recently. Will players be locked to these servers, or will they be able to move between them freely?

Ian Tornay: Servers will not be region locked.

GameWatcher: On the Official Dauntless FAQ on Reddit, you stated that “Islands are seamless. You will not need to load between areas”. What do you mean by this exactly? Surely there will still have to be loading times at some point?

Ian Tornay: Once you land on an island, you will not encounter loading screens. From the time that you touch down to the final blow, it’s exploration, combat, and cooperation.

GameWatcher: Will each Behemoth fight take place in the same arena? For example, if we are fighting an Alpha Pangar, will we always find it in the same type of environment?

Ian Tornay: Slayers will fight Behemoths across a wide variety of islands and environments with fights taking place in tons of different environments. The encounters are not locked to any one place on an island. 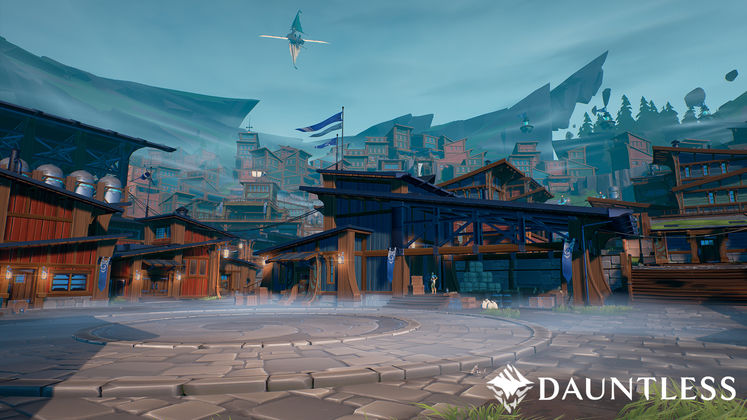 GameWatcher: The Founder’s Alpha will be launching in August but a lot of people are also really eager to play the Beta. Do you have a solid date when you’ll be launching the Closed Beta yet?

Ian Tornay: We are working hard to nail down a firm date. It’s important to us that progressing from Founder’s Alpha to Closed Beta is a true milestone and an improvement for the game.

We thoroughly enjoyed playing Dauntless on Phoenix Lab’s European Press Tour and can’t wait to jump back into it again. Monster Hunter: World may just have some competition, here!