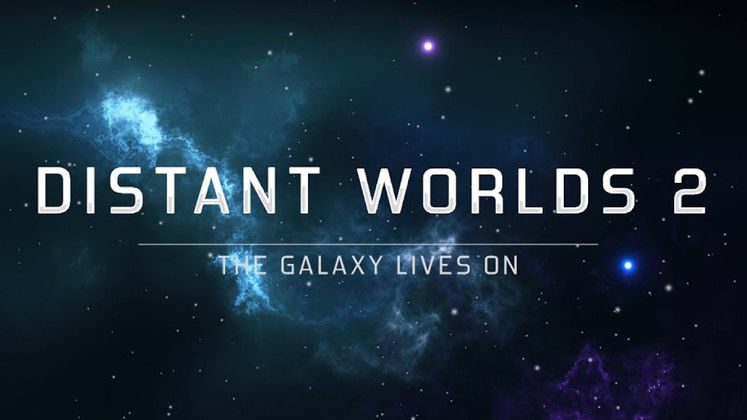 For many grand strategy fans, there is one game that has always invoked a combination of awe and apprehension. Even for those experienced in epic empire-building, Distant Worlds has maintained a reputation as an incomprehensible juggernaut, packed with so much depth that it made Crusader Kings look simple.

We’ve recently had the chance to watch a presentation by Code Force’s Erik Rutins, Director of Product Development, about the long-awaited sequel, Distant Worlds 2, where we also got to ask him a couple of questions about how the development has been progressing. 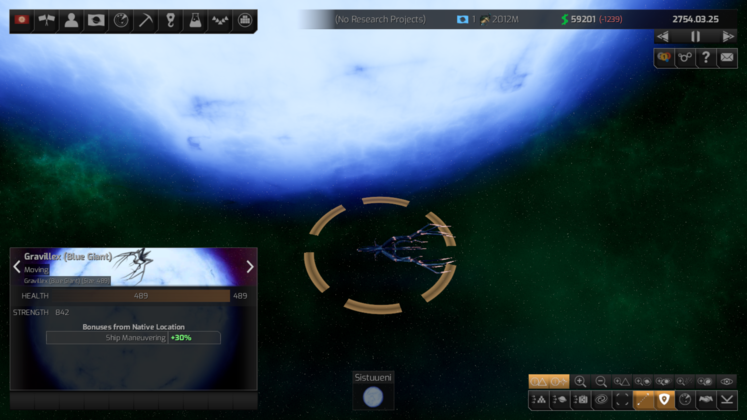 If you’re unfamiliar with the concept of Distant Worlds 2, the closest parallel would be Stellaris on steroids. Rutins summed it up nicely for us: “We’re talking about a space 4X game and one of the key things is we try to design it in such a way that it feels like a seamless living galaxy. It has really very little behind the curtain when it comes to everything going on in the galaxy. It’s all going on at the same time and you can zoom in at any point at any time and see what’s going on there.”

It’s this level of detail that makes the game stand out in the market. The fine control over absolutely anything you can imagine is incredible, but of course, this can be intimidating. The way around this in the first game was automation, and the sequel is no exception. From Rutins’ perspective, “a key aspect of the game is we give you the tools through automation and advisers to choose what you really want to focus on and what you want to take off your management plate and allow you AI adviser to handle.”

To the average player, this takes the form of notifications and alerts that can be customised to suit any playstyle. They can delegate almost any aspect of the game to the AI in this way, with settings to decide whether the adviser will act independently, seek approval, or even offer the player a veto on their actions before taking them. 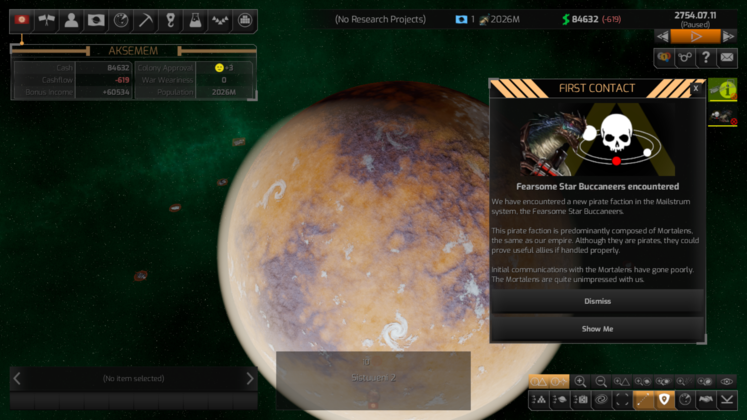 Another distinctive element, of which there are many, is the distinction between state and private operations within the game world. As a player, you’ll make your money from taxes derived from private enterprises that operate throughout the universe. Part of your role will be to protect their interests as they go about their business so that they can fuel your economy.

The economy itself is also a rather strange beast by gaming standards. Resources are not shared through some quasi-mystical void, able to appear anywhere they are needed. Instead, as in the first game, resources can be found on a station that mined them, a spaceport stockpiling them, or even a freighter transporting them between the two.

As for the need, the same means of production exist as in the first game, “so when you want to build things like stations or ships, every station of ship design has a hull and components that make it up and these require these construction resources. So, in order to build stations and ships, you need a good supply of construction resources,” described Rutins.

These mechanics add a layer of realism that many 4X’s are completely lacking and should make for some incredibly interactive gameplay, determining how easy it is to establish forward bases or construct fleets far from your deposits.

Rutins went into further detail here, discussing how supply lines can play in different situations: “a pseudo-war where they are raiding you and trying to destabilise your economy, or a full-blown war, you might find that there are weak points in your economy that will be exploitable. One of the key things, of course, is taking fuel locations.”

If this is all sounding insanely complicated, just remember that the automation should be capable of handling anything you are struggling with, and even with full manual control, private industry will be responsible for most logistics, leaving you free to focus on strategic goals. 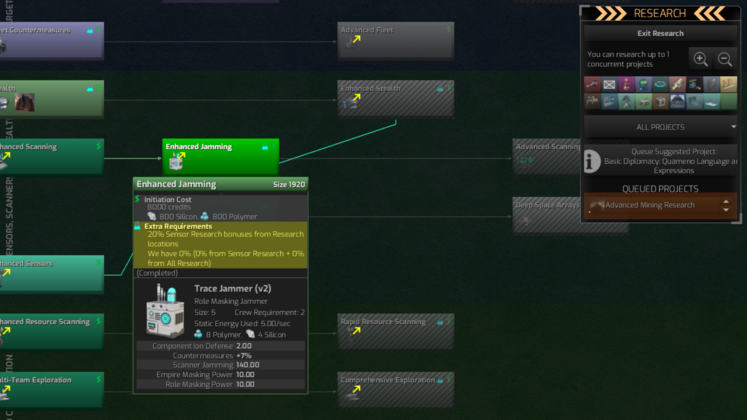 The research tree we’ve seen is a nice improvement over the first game, but graphically it’s still simple and easy to understand. By default, you will only see directly related technologies to those you’ve already researched, but this is an option that you can turn off to show everything, although this might ruin a surprise or two.

“It also comes with what we call variable paths, so you may not always have the same project linking to the same other project,” says Rutins. “In some cases, you may entirely miss a project in one run-through, but that doesn’t mean it doesn’t exist, you can, through diplomacy or espionage or salvage still get access to that project.”

This is looking like a great boon for re-playability and could add just the right amount of randomness to the tech tree to keep it interesting time after time. It may also be fun to have to hunt down your favourite technology or play without something you normally rely on.

There are further restrictions that will affect gameplay in the tech tree, with more advanced research requiring a bonus percentage that can be obtained and stacked from special buildings, scientists, and locations on the galactic map. This might force you to go to war simply to grab a research base in a system you otherwise don’t even want.

There’s a lot more to go into on the science front, but from what we’ve seen, it’s a well fleshed out system with lots of potential for different ways to play, 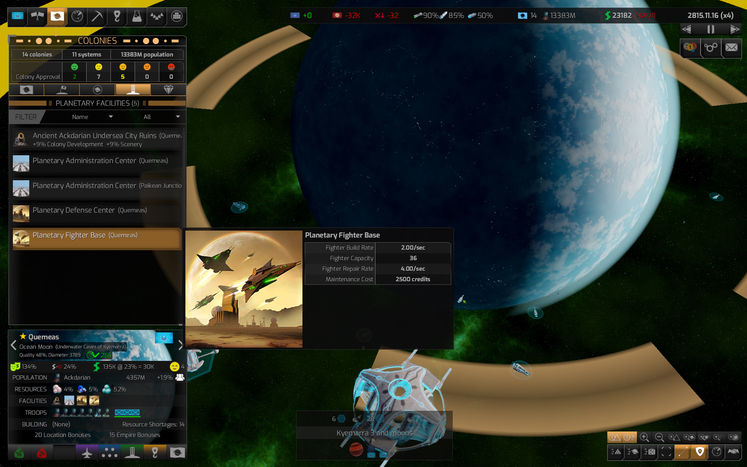 Pirates seem to play a big role in the early game and Rutins explains that “when you first start being able to travel faster than light again the pirates around you will notice and come calling, and you have a choice on how to deal with them.”

“They’ll typically pick some of your civilian ships and your mining stations and such that are a little farther out from your homeworld, ideally in another system, and they’ll raid those with boarding parties and extract resources, income, particularly from those to then take those back and become stronger.”

You will be able to pay protection money to stop these attacks, but that will also strengthen them. You can also try to defeat them by attacking their vessels and shipyards, but this probably won’t be an option at first. Even trying to do this can lead to them “destroying your stations and trying to push you back to your planet.”

Pirate factions can also, over time, become friendly towards empires, at which point they might trade technology you don’t have or information that could be useful, like the locations of independent colonies.

These colonies play like minor factions you might be familiar with in other games. You can trade with them, but they won’t act in any military capacity. Eventually, you will be able to colonise them if you become friendly enough or conquer them if you are willing to accept the assimilation and reputation penalties. 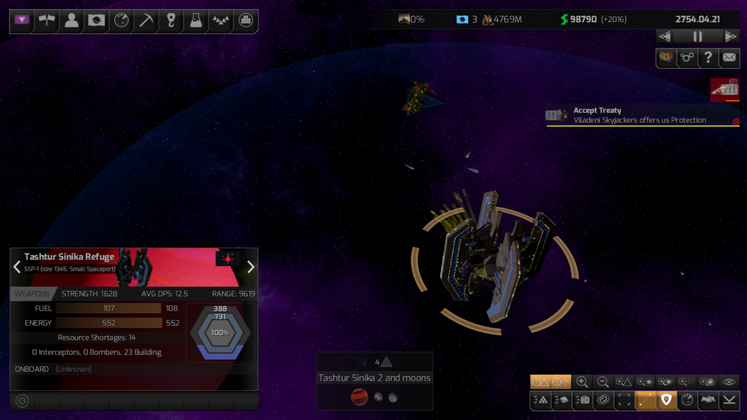 Space battles in Distant Worlds 2 look to be a fairly free experience, with players maintaining control over individual ships and lots of fleet manoeuvring. They’re not just fighting to the death either, and “anything that can be destroyed, space stations and such and ships can be captured and if you capture them, then you both have an extra spaceport, and any time you capture something that’s potentially higher tech level than you there is also the potential for getting a tech boost from that.”

Distant Worlds 2 has also introduced debris salvaging. Rutins described a hypothetical to us here, where “you might recover a system map from what’s left of their navigational databank or you might recover some resources or some credits or a particular technology that you didn’t have before.” He clarified that the chances of these proving useful are lower than the captured vessels, but that they could still be useful.

Ship customisation is probably the most detailed version of a ship designer I’ve ever seen, with countless components making a realistic vessel. The graphical accuracy is also impressive, and in Rutins’ own words, “If I take this weapon off, you know boom that’s gone, it looks like there was never a weapon meant to be there.”

They achieve this through an advanced ship mesh that allows all components, from weapons and sensors to engines and starfighter bays, to all show up organically as though they were always meant to be there. Even considering that you’ll mostly only see these from a distance, it is still a pleasant feature. 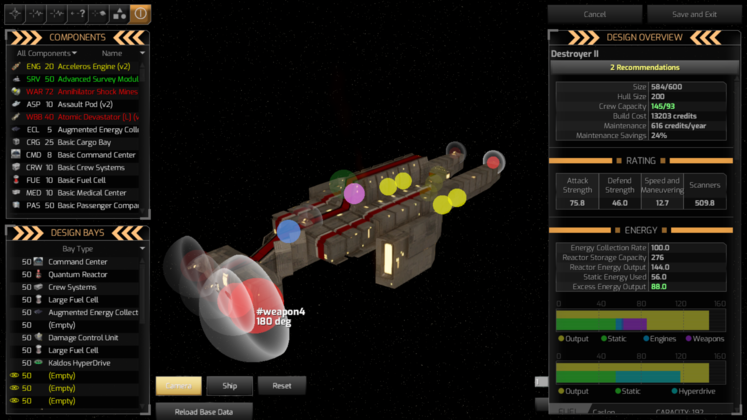 I had to remind myself during this interview that Distant Worlds 2 is from a rather small team, which only makes what we’ve seen so far even more impressive.

There are minor things that are missing, with the game “shipping the initial release with 7 factions instead of 20,” but this seems more like a matter of practicality to ensure everything is polished to perfection.

This brings us on to what Rutins thinks Distant Worlds 2 offers. “I think the main thing that folks will get out of this particular game is a Distant Worlds that feels like a current game in terms of its technology and its engine, and has better gameplay than Distant Worlds 1, but still very consistent with the gameplay of Distant Worlds 1.”

This is exactly what fans of the first game appear to have been clamouring for. Fans loved how deep and absorbing the universe was, and may favour a shinier version that builds on the previous entries strength.

It won’t be exactly the same though, with a reorganised UI, bigger galaxies, and “from the standpoint of players coming into DW1 cold vs. coming into DW2 cold, I think they’re going to have a much better chance of succeeding in DW2.” 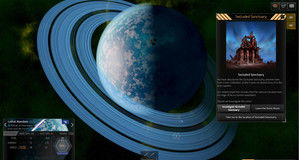 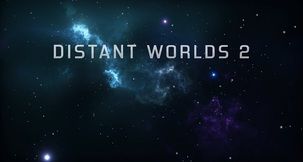