Nico Zettler sits and talks with us about their upcoming WWII game, Hidden Stroke II 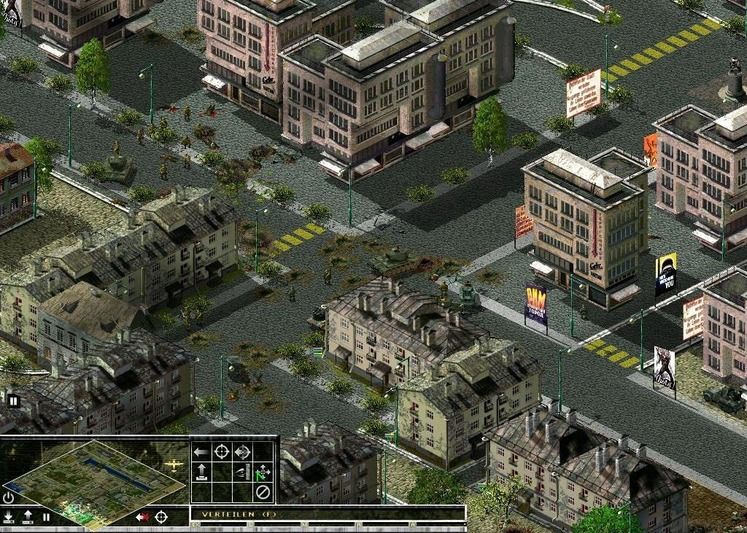 Click on the picture to enlarge it
Nico Zettler: Hi, I’m Nico Zettler, the Producer of Hidden Stroke II.
Si: For people who don’t know the game could you describe what it is all about?
Nico Zettler: With Hidden Stroke II, CDV has brought an intoxicating sequel into being. The completely reworked damage system and a lot of new features await even the most demanding strategy fan. New units battle it out and wait for their deployment in exciting campaigns and missions.

With over 760 different units, over 500 buildings, as well as a fascinating abundance of objects suited to the various levels. Haystacks, trees, foxholes and camouflage nets offer endless hideout and entrenchment possibilities.
Si: Hidden stroke II is a sequel, what innovative features does it bring? 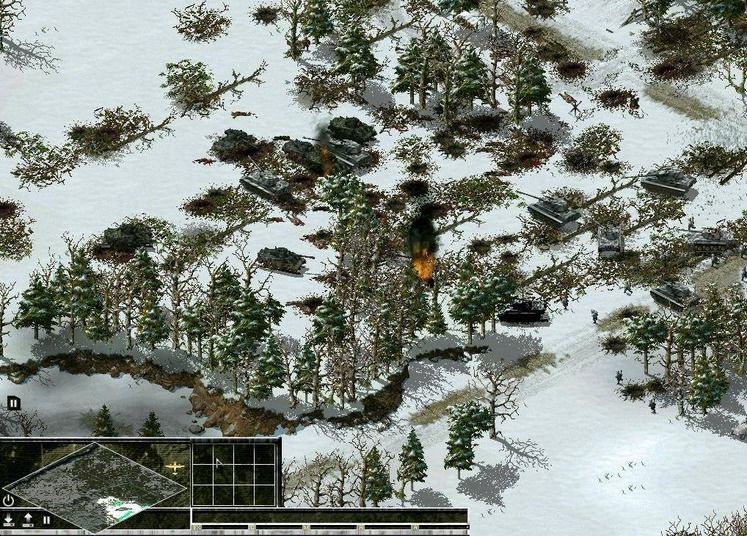 Click on the picture to enlarge it
Nico Zettler: Along with 40 new land units, and 40 new planes, representing the armies of a much wider array of nations than previously possible, we have been able to introduce new types of units with distinctive behaviors, like amphibious tanks, mini-submarines, and transportable mortars and heavy machine guns. Tanks can now act as “heavyweights” to knock over trees and other obstacles that block their path, but they’ll also have problems crossing small bridges which will collapse under their weight. There are foxholes and trenches that can be occupied by infantry units, and structures and buildings that can be driven into and through by vehicles. Haystacks and trees become hiding places for snipers and other infantry, altogether bringing a diverse selection of features never expected from a traditional 2D strategy game.
Si: With so many units on the battlefield isn’t it hard to take care of all of them in real time, especially with so many possibilities of actions?
Nico Zettler: It’s true that there can be a very challenging (but also impressive) and even sometimes overwhelming number of units, as many as 1,000 per player. Although it only boosts a 2D graphics system, it is still capable of handling such great numbers, while its simple camera allows fast and accurate navigation from one area of the map to another without struggling with unnecessarily complicated camera controls. The number of units available is important to allow for simulations of possible battles and strategies like mass flanking maneuvers to be more realistic. Naturally, when consumed by the heat of battle, even the control of 20 units can be a challenge for the inexperienced commander!
Si: Are the battles generated randomly or are they just historical/set scenarios? 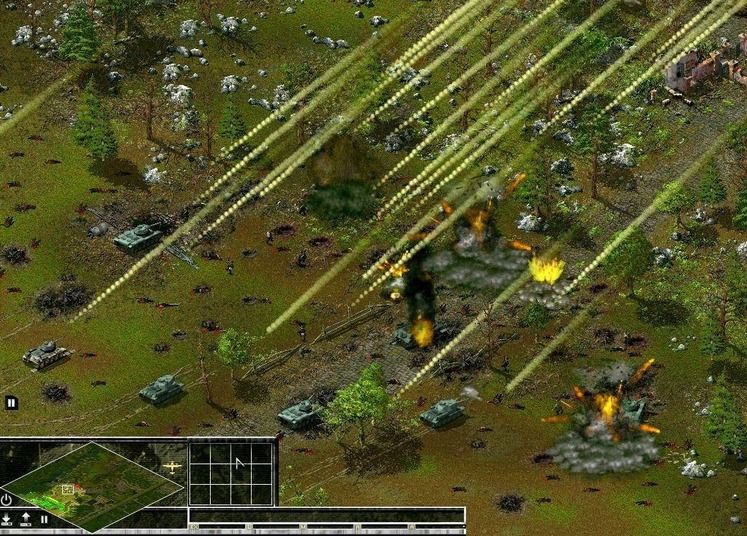 Click on the picture to enlarge it
Nico Zettler: With maps consisting of up to 150,000 carefully chosen and placed objects, randomly generated maps which retain the quality and style we insist on are not possible. We have introduced such a range of individual and combined objects, from a cornfield and small flowers, authentic posters and traffic signs, railway masts and defensive barriers up to a huge submarine, that a planned and personally detailed design is needed for the maps.

However, everything in the game is available in the map editor, and based on our previous experience with earlier releases we confidently look forward to the arrival of a huge range of community maps, making fresh and imaginative use of our game elements, often, in ways we did not envisage, but are delighted to see. Adding these to the missions supplied in the game, more than 50 in all, we are sure every player will be satisfied in their desire for variety and quantity of challenges.
Si: What is the key to the success in a single battle?
Nico Zettler: The only universal secret of success is good generalship, as there are so many different tasks — from the classical offensive and defensive actions, through the buildup of front lines, to commando operations — that there is no one strategy that would succeed for all of these unique situations. The player must learn the strengths and weaknesses of their own forces, as well as those of the enemy’s, and how best to use them to overcome the challenges presented.
Si: Is the plot of the campaign linear? If you lose a battle do you lose the war? 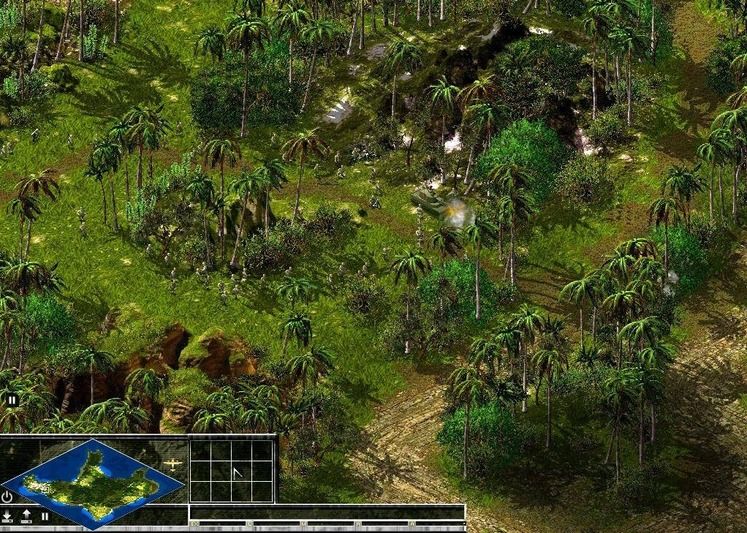 Click on the picture to enlarge it
Nico Zettler: While each battle may be approached in many ways — such as a rushed offensive or a slow tactical battle, awarding quite a different experience to different players — in the end only one mission will indeed bring you to the next battle.
Si: What can you tell us about the AI implemented in the game?
Nico Zettler: The AI is based on the scripting system traditional in such games; however, the mission designers have gone to great lengths to provide innovative and challenging opponents, which act according to the approach taken by the player, intelligently countering their actions.
Si: Is there any multiplayer? 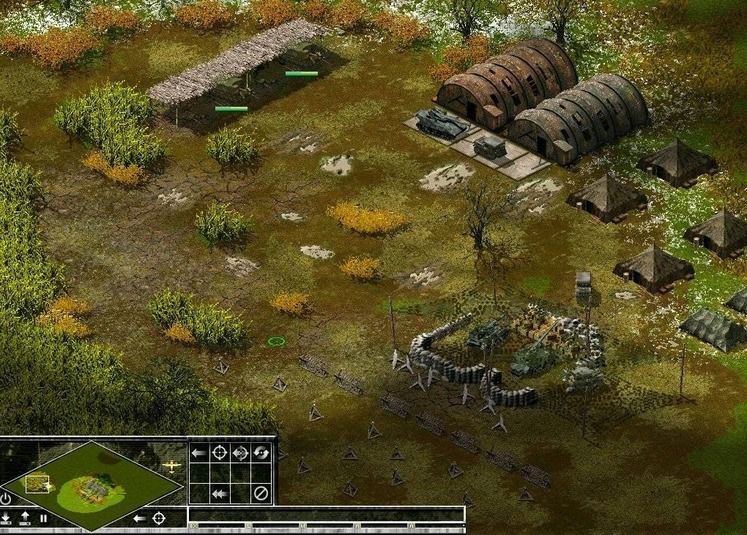 Click on the picture to enlarge it
Nico Zettler: As the APRM project has a strong and large online multiplayer community, which has remained faithful to our games through all the previous releases, multiplayer remains one of the main focal points of development with its numerous maps provided specifically for online play. It is still a thrilling experience to play multiplayer games with up to 12 participants and 1,000 units each on a large and beautiful map. 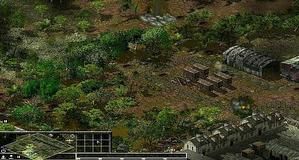