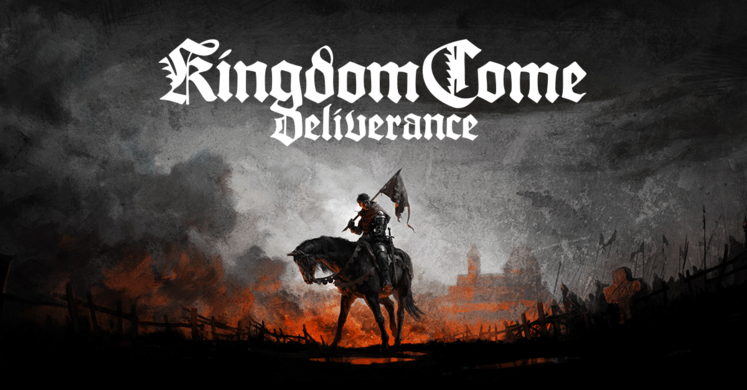 Kingdom Come: Deliverance is a first-person, RPG that takes players back to 15th Century Bohemia. Players will be tossed into a time of unstable politics and epic historical battles as they venture through a detailed Medieval landscape. The game’s development has been supported on Kickstarter by over 68,000 people and currently offers a playable Beta for eligible backers.

We had the opportunity to interview Warhorse Studios’ PR Manager, Tobias Stolz-Zwilling. We discussed the game’s Kickstarter campaign, the game’s mechanics and time sensitive quests.

GameWatcher: Could you introduce yourself and just give us a brief overview of the game, please?

Tobias Stolz-Zwilling: Hi, my name is Tobias “Tobi” Stolz-Zwilling and I am the PR Manager and press speaker for Warhorse Studios. Warhorse Studios is located in Prague and we’re currently working on a medieval, realistic and historical accurate RPG that takes place in 1403 Bohemia. Kingdom Come: Deliverance. You are incarnating Henry, the son of a blacksmith, who lives his peaceful life in Silver Skalice. This peace comes to a halt when your hometown is torched down by a mercenary raid ordered by King Sigismund of Hungary. By bittersweet fortune, you are one of the sole survivors of this massacre. Without a home, family, or future, you will fall into the service of Lord Radzig Kobyla, who is forming a resistance against the invasion. Fate drags you into this bloody conflict and you’ll quickly find yourself in the thick of a raging civil war for the future of Bohemia. However, you won’t be the, “chosen one” and you won’t become a king, lord or commander. You will always stay a commoner that gets torn into the civil war. The interesting point is that these events really happened. 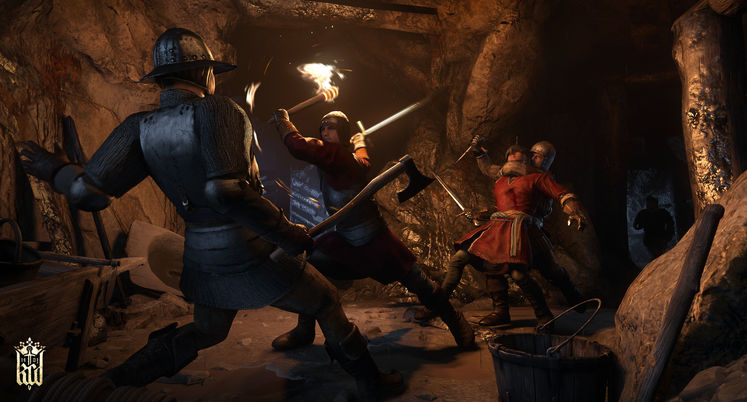 GameWatcher: We’ve heard that you’ve tried to be as historically accurate as possible when creating the game. Why did you guys decide to focus on this so much? Were you at all tempted to add in extra props that would not have been there or even add mythical things such as dragons?

Tobias Stolz-Zwilling: There are several reasons why we wanted to create a realistic game. One for sure is, that no one ever tried to create a realistic or historical accurate RPG before. Another reason is that we believe that life tells the best stories and therefore, the Holy Roman Empire offers some exciting and intriguing ones. We knew that we wanted to completely avoid fantasy elements, but on the other hand we are creating “just a game” and you have to make some compromises here and there without neglecting the realistic part. We need to come up with a reasonable explanation for everything that we put into the game. On the other hand, people were naive back then and believed in magic and the supernatural. Who knows, maybe we will also address this somehow.

GameWatcher: Kingdom Come: Deliverance was put on Kickstarter back in January 2014 and raised over £1,000,000. That’s a staggering amount of support! How did this change the game’s development overall?

Tobias Stolz-Zwilling: The support of our community was crucial for us. Without this success on Kickstarter, we wouldn’t be talking to each other today. Of course this created a huge responsibility towards our supporters. The £1.1mio do not cover the overall project costs but it “kick started” the project. We keep our communication open and honest and we try to share every single development step that we take. That’s why we are also producing many videos on our YouTube channel to tell you the latest news. We also have many new videos in the pipeline. 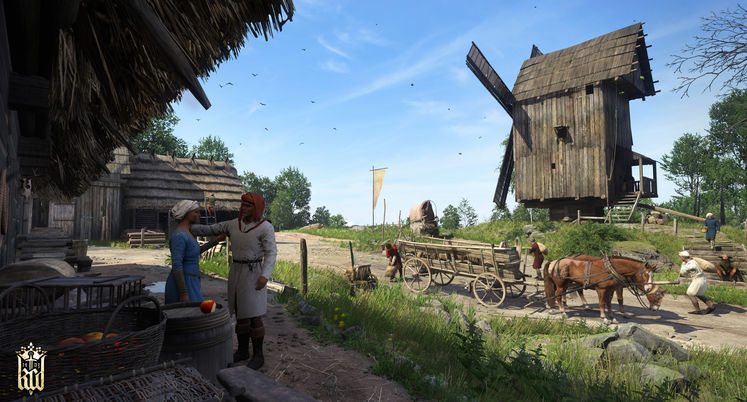 GameWatcher: Since the Kickstarter campaign in 2014, the game has evolved quite a bit. The community has also been able to experience the Alpha and Beta versions of the game in that time. How do you respond to player feedback when the game is constantly changing?

Tobias Stolz-Zwilling: Of course we are listening closely to community feedback. Our forums are open and well-maintained by several members of the development team. In March 2016, we released the beta with an added questionnaire. Approximately 8000 people responded and it gave us a good overview if they like what we are doing, if things are too easy or too hard, or if the quests are too long/complicated and the like. The feedback was mainly positive in all aspects which gave us a huge sigh of relief.

GameWatcher: Deliverance is split into three acts. What made you want to separate it in this way and how does this impact the questlines in the game?

Tobias Stolz-Zwilling: It was necessary to split the game to put smaller “parts” on the Kickstarter. This however, isn’t up to date anymore. We already reshuffled this idea and will release a regular RPG title: Kingdom Come: Deliverance, with a closed story. The next game will be “Kingdom Come 2” (not official name) and will offer a new story, map and more. 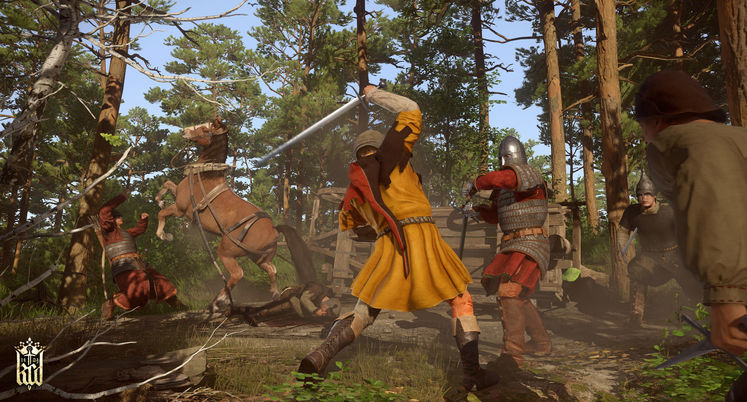 GameWatcher: Kingdom Come: Deliverance’s Eastern European roots are extremely apparent when compared to an RPG like Skyrim. Were you at any point tempted to go for a more western approach with regards to the game’s hardcore mechanics?

Tobias Stolz-Zwilling: I strongly believe that this is not a western or eastern thing. In fact, the story of Kingdom Come: Deliverance (even though it took place in Bohemia) affected all of Europe and its present shape. I also don’t want to call it hardcore. We try to create a game that introduces real medieval experiences, NPC’s that really lived, buildings that really existed and a story that really happened. The realistic approach just challenges the players to think about their actions, listen to dialogues and face the consequences of their decisions. But the game still stays logical in its approaches: it’s just a realistic role playing game.

GameWatcher: Unlike many RPGs, Kingdom Come: Deliverance includes time sensitive quests (the cold beer scenario). How frequent are these types of quests? Are these quests marked to make players aware that they are time sensitive?

Tobias Stolz-Zwilling: You will learn everything you need through dialogues or your questlog. If it’s time sensitive, he/she will give you hints like: “I need a cold beer”, “Let’s do it now”, “Let’s meet in the evening”. Most quests however won’t be time sensitive. 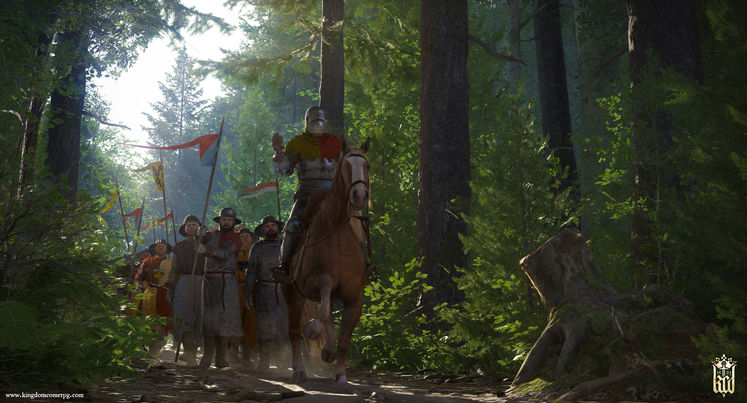 GameWatcher: Quest progression in this game heavily depends on the player’s decisions. Will players have the option to complete the game without fighting anyone or by killing everyone?

GameWatcher: What do you think Kingdom Come: Deliverance does to stand out compared to other games in the genre?

Tobias Stolz-Zwilling: Kingdom Come: Deliverance shows a medieval world, with NPC’s that have a story with quests and dialogues that really matter. With its approach, it gives a fresh new input to the RPG world while it tries to offer you a real role playing experience where your decisions matter and have an impact on the story. 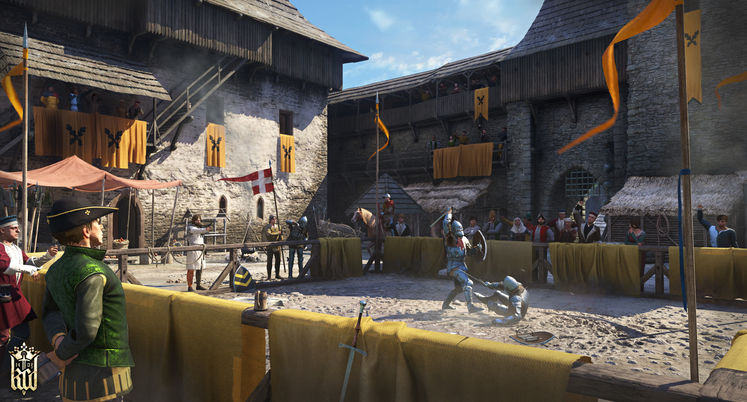 GameWatcher: Do you have a solid release date for Kingdom Come: Deliverance?

Tobias Stolz-Zwilling: Not yet. It will be definitely released in 2017. We’ll announce a precise date soon.

We’re really impressed by the small glimpse that we’ve seen of Kingdom Come: Deliverance so far. Creating a game with this level of historical accuracy and detail gives the game an interesting edge and we’re excited to catch up with Warhorse Studios’ progress again, soon. 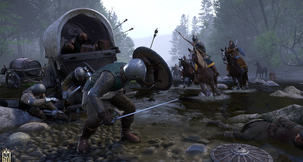 Kingdom Come: Deliverance Where to Sleep in... 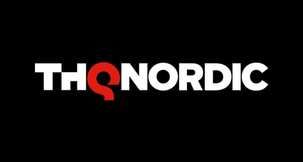