If there’s anything that kids love more than superheroes, it’s dinosaurs, so it makes sense after the intergalactic madness of Lego: Batman 3 for Traveller’s Tales to head to the jungles of Isla Nublar in Lego: Jurassic World. I caught up with the studio’s associate producer Tim Wileman at a recent preview event to chat about the next game in a franchise that shows no sign of slowing down.

GameWatcher: Your game title is Lego: Jurassic World, but you’re including content from all the films in the franchise in their too. Do you give equal weight to each film, or is the game more weighted towards the upcoming film?

Tim Wileman: We try to give all the films their own share of the spotlight, so we’ve got twenty levels, five for each film in the series. So we try to do each one justice, but we’ve also got the hubs as well, which are the islands themselves. We incorporate both of the islands (that’s Isla Nublar and Isla Sorna, lore fans, and there are huge areas that are inspired by each of the films, so there’s all that extra content. It is a Jurassic World game though, so there’s going to be some cool stuff, a lot of surprises to come from there. 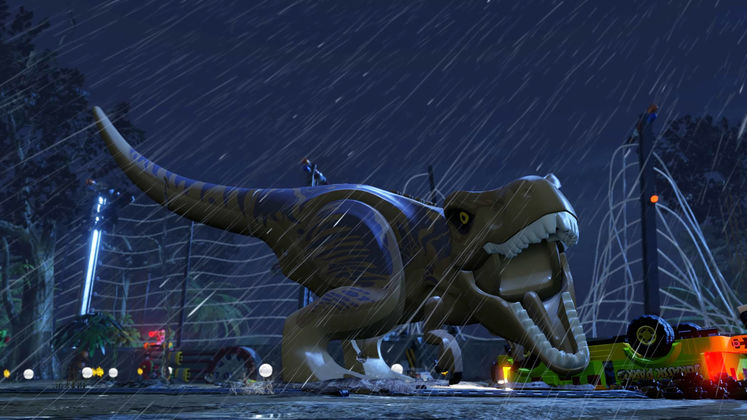 GameWatcher: You mentioned the hubs there, it sounds like there’s a more open world feel to Jurassic World than in previous Lego games.

Tim Wileman: Yeah, the team have recreated the two islands with big open world sections, and we’ve managed to recreate the look and feel not only in terms of atmosphere and lighting, but also key locations. You’ll be able to visit all the key locations from the films, explore, find hidden secrets. With the ‘dino customiser’ we’ve also given you the ability to create your own custom dinosaurs and populate the island with those. They’ll run around and you can take control of them, ride them around, battle other dinosaurs with them. It’s really cool, and there’s lots of really great content.

GameWatcher: With the dinosaur customiser, I’m assuming you can take them into missions and free-play like you could with custom characters in previous Lego games?

Tim Wileman: Yes, you absolutely can. It’s the first time we’ve done that, you can actually become the dinosaur. If you give a kid two dinosaur toys the first thing they’ll do is smash them together and start fighting, so we pick up on all that sort of stuff. You’ll be able to control dinosaurs around the island, but also, like in all our games, you’ve got that free-play element too.

GameWatcher: It must have been a big coup for Traveller’s Tales to get to work on this franchise – if there’s two things kids like, it’s Lego toys and dinosaurs. 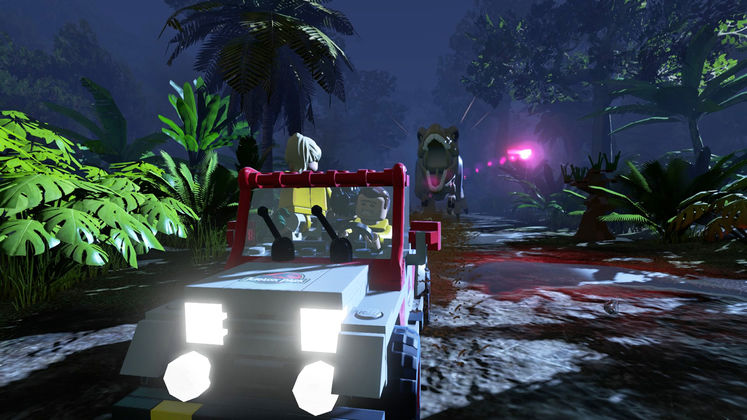 Tim Wileman: That’s true. I mean, we have fun on all the games we make, we’re lucky to work with some great franchises, and Lego: Jurassic World is no different. We’re working very closely with Universal on this, with the filmmakers too, to create the most authentic experience, but also inject our own brand of humour into the game as well.

GameWatcher: You mentioned there you’re working very closely with Universal. Can we expect a similar level of IP freedom to what you had with the Batman games?

Tim Wileman: Yeah. We want to create the most authentic Jurassic World, Jurassic Park games that we can. We know there are a lot of fans of the franchise out there, and they’ve been crying out for a game like this for a while now. So that means we need some consistency, and you can expect us to use original dialogue from the films, to stick very close to established lore and the feel of the films in terms of lighting and atmosphere. We want to capture that same sense of wonder that Spielberg captured.

GameWatcher: Right, so. Dinosaurs. That’s what everybody wants to hear about. Are you using just dinosaurs we’ve seen before in the films, or are you adding in a bunch of new ones too?

Tim Wileman: We have all the dinosaurs from the original films, and there’s a bunch of stuff from the new film as well that I can’t talk about, suffice to say there are definitely a few surprises there. I think the key thing here though is the customiser. There’s thousands upon thousands of combinations, you can switch heads around, stick torsos on different legs, mess around with tails, do all of that kind of thing. You can reskin them, recolour them, give them new names. Then, once you’ve done that, you can populate the island with them and take control of them, get into battles with them. So yes, we have all the classic dinosaurs, but there’s an almost endless number of new ones to mess around with too. 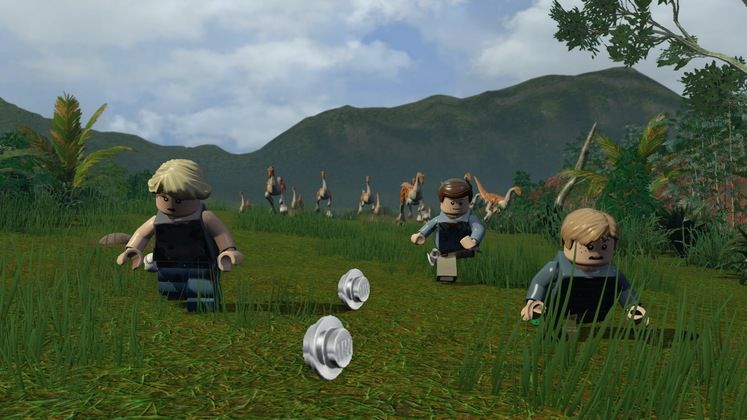 GameWatcher: How do you make the human characters feel distinct? Obviously you haven’t got all the crazy superpowers and costumes to mess around with like the Lego: Batman 3 team did.

Tim Wileman: Well, I think there are a lot of great personalities to mess around with in the original three films, as well as in the new Jurassic World film. They’ve all got their own traits; like, Samuel L. Jackson’s in the first film, you’ve got Jeff Goldblum obviously, Dennis Nedry, who brings his own sense of humour to the film. They’ve also all got their own sets of skills they use in the films, each of them specialises in a different way. Grant’s the dinosaur guy, Dr. Satler’s the vet, and so on. There’s also the character customiser of course, which is there for human characters too. So there’s a wealth of content there.

GameWatcher: There are a huge amount of Lego games out there now. Do you as a team find it difficult to keep coming up with new ideas and new ways to keep the series fresh?

Tim Wileman: No, I don’t think so. Every game we work on brings its own challenges and its own possibilities, and Lego: Jurassic World is no different. We’ve got a wealth of content, iconic ideas to fall back on, in terms of locations, characters, and the dinosaurs themselves. With the new film coming out, Spielberg getting involved again, you’ve got all that new stuff to look forward to as well. There’s so much there to make use of.

Many thanks to Tim for chatting to me, and kudos for stubbornly resisting my attempts to mine details about the upcoming Jurassic World film. Lego: Jurassic World is set for release this June on PC and consoles. 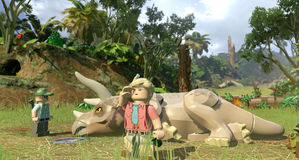