Michal Dolezal from developing team behind UFO: Extraterrestrials talked with SI, discovering pieces of the game to us 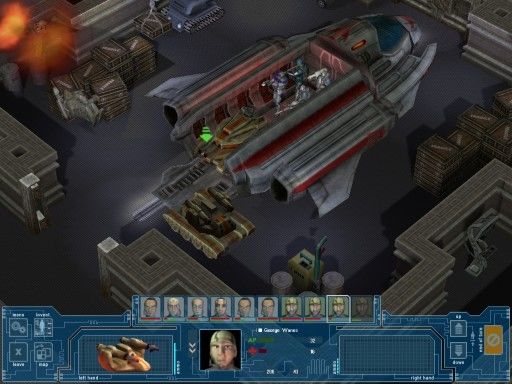 Click on the picture to enlarge it
Michal Dolezal: My name is Michal Dolezal. I come from the Czech Republic. Since January 2002 I've been producing the game UFO:Extraterrestrials. I‘m one of the leaders of the working team Chaos Concept.
Si: Please give a brief overview of UFO Extraterrestrials?
Michal Dolezal: UFO: ET is a strategy turn based game. The player controls a squad of soldiers,light and heavy support combat vehicles,robots and air units located in a base on the planet Esperanza that had been colonized by the spaceship Magalhaes in the year 2023. This squad was brought together by the Esperanza government to face a threat that comes from deep space. In case the player succeeds in averting an alien impact on Esperanza,the story will continue on the planet Earth that had been subdued by alien forces.
Si: What was the inspiration behind UFO Extraterrestrials? Previous UFO releases? 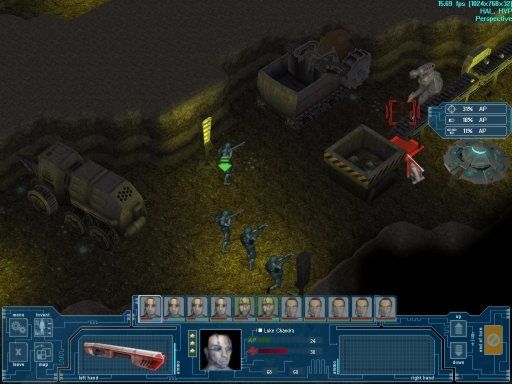 Click on the picture to enlarge it
Michal Dolezal: I personally belive in extraterrestrial lifeforms and this fact was probably the biggest inspiration for me but I must admit that I was also influenced with games such as Laser squad,UFO series and with movies for example Ikarie XB1 or the comics Galaxie
Si: Which previous UFO release did you like most?
Michal Dolezal: Definitely Xcom: UFO Defence / UFO: Enemy unknown (in Europe).
Si: Combat will work in turn based mode, what were the reasons to leave out the real time combat mode? 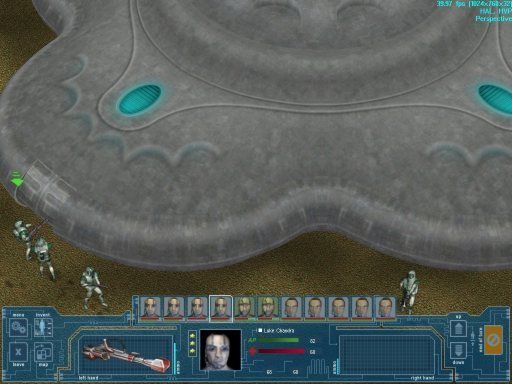 Click on the picture to enlarge it
Michal Dolezal: In my opinion a turn based mode is a property of top strategy games. I mean those strategy games where the stress is laid on strategic thinking where the player has to consider every single movement because one step ahead can kill him. So as to succeed he has to take advantage of terrain roughness and hide his soldiers behind walls, corners, lamps, cars etc. On top of everything, turn based mode qualities have been prooved by such games as Laser Squad, Battle Isle series or UFO series.
Si: I must say that we, here at StrategyInformer.com, are highly fanatical to UFO series. UFO Aftermath came as a huge dissapointement to us after waiting for such a long time for any UFO game. It just couldn't recreate the atmosphere UFO Defense could. If you played UFO Aftermath, tell us what you think of it? Are you connected in any way with UFO Aftermath's team?
Michal Dolezal: I'm afraid that in my situation I'm not the right person to comment on UFO:Aftermath because it would be easy to say : "Hey look, he was biased." So I decided to quote Gamespy's rating: Decent graphics; good character advancement system. Cons:Bad AI and pathfinding; repetitive missions; shallow strategic gameplay; persistent inventory bugs.

The only thing that the game UFO: ET shares with UFO Aftermath’s team is the country we come from and that is the Czech Republic.
Si: On the screenshots we were shown so far, I couldnt see any shots out of the battle map. Does that mean you took off the global level of the game where we built bases, organized them, did research and sent teams to deal with the alien threat? Why? 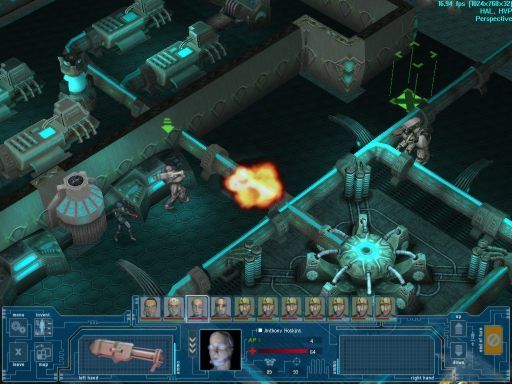 Click on the picture to enlarge it
Michal Dolezal: Features such as the globe, research and basebuilding will be included. At present we are working on a tactical part of the game. I must say that if we didn't include basebuilding into the gamesystem, players would blast us out according to our surveys. Well, Of course, I exagerrate a little but basebuilding is the feature UFO fans really wish.
Si: What will the minimum specs be?
Michal Dolezal: I confess that at this time the hw requirements are extremly high but on the other hand the UFO: ET graphic engine hasn't been optimized too much so far. I estimate that requirements will be pressed down to 1.5Ghz processor, 256 MB RAM a standard contemporary gfx card.
Si: When will the game be released? 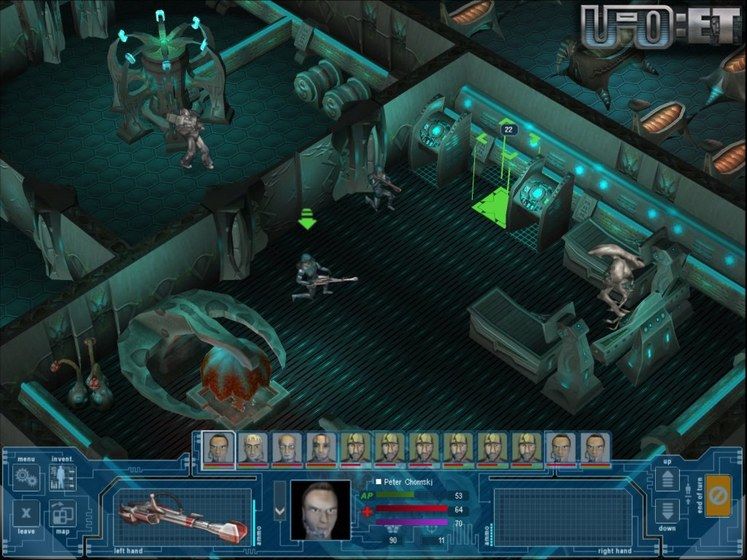 Click on the picture to enlarge it
Michal Dolezal: 70% of the game contents has been done so far. UFO: ET will be finished at the end of the 2004.
Si: What is your favourite part so far with UFO Extraterrestrials?
Michal Dolezal: I favoured alien base conquering.
Si: Thank you for your time, is there anything else you would like to add? 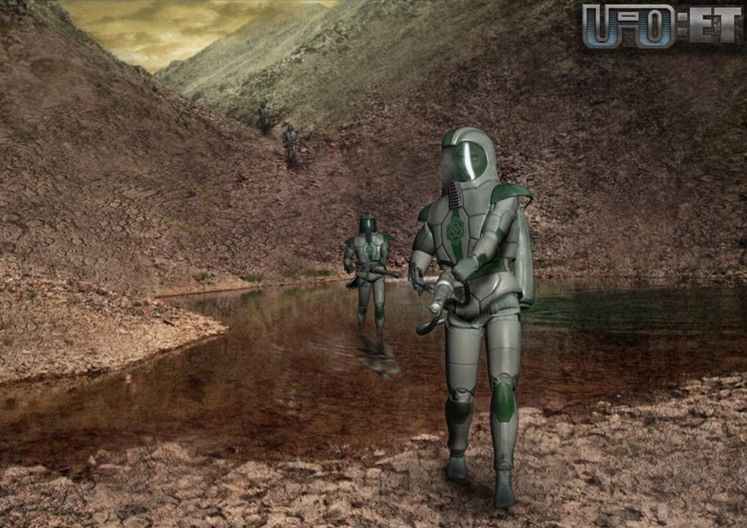 Click on the picture to enlarge it
Michal Dolezal: I would just like to thank you for your interest in UFO genre. 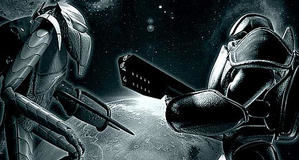