We brought you an introductory interview for Will of Steel, explaining what the game will be all about

15 September 2004 | By Import
Si: For start please introduce yourself and the team behind Will of Steel. 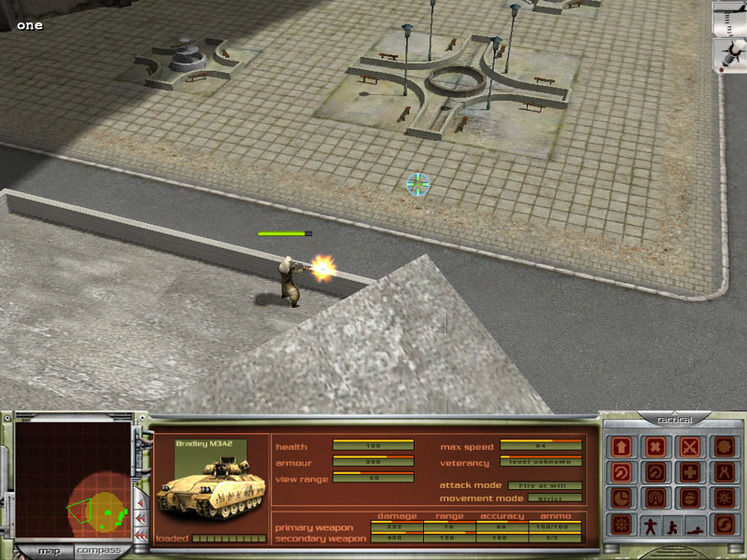 Click on the picture to enlarge it
Uros Rogulja: Hello, my name is Uros Rogulja, I am currently the Chief Operating Officer of Gameyus. I guess you could say that we at Gameyus are a curious bunch (jokingly). The company and the development team were started in December of 2002 by Ilija Zeljkovic, our President and Lead Voice Engineer, and myself. Will of Steel is our first title.
Si: When will the game be released?
Uros Rogulja: Will of Steel is scheduled for release in Q4 of this year in the United Kingdom and North America. Other markets should follow soon after, in Q1 of 2005. For more specific information about the release schedule you will have to talk to the guys at GMX Media - our publisher for Europe and Asia.
Si: Please introduce Will of Steel to our readers. How would you describe it? Will it be purely tactical game with no resource management? 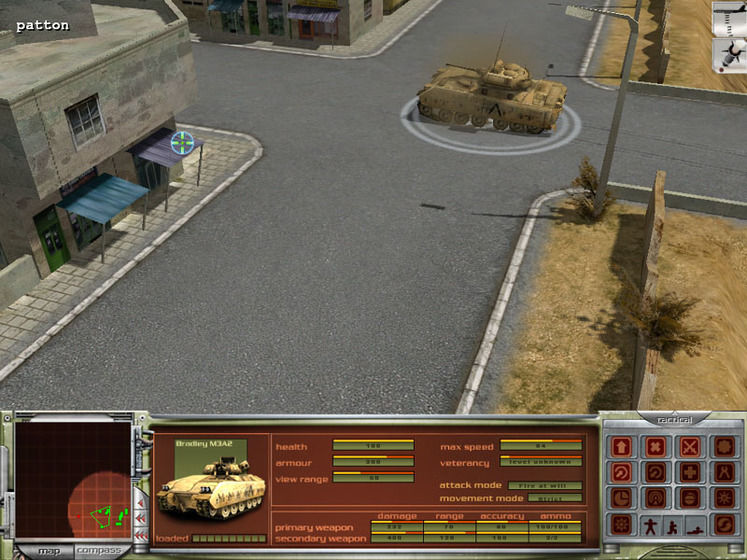 Click on the picture to enlarge it
Uros Rogulja: If I had to choose one word to describe Will of Steel, it would have to be engaging. While the basic concept of the game is Real-Time Strategy, the game has Role-Playing elements and will be enjoyable to both diehard gamers and those who are just looking to blow off some steam by blowing up a couple of buildings (jokingly).

The story plot follows the career path of William “Will” Steel, a young Marine officer and the son of the highly decorated USMC General, late, Thomas Steel. Will’s military duty takes him to Afghan mountains and Iraqi desserts where he has to fight for his, and the lives of soldiers under his command. The player takes over as Will and has to command a battalion by making tough and shrewd choices. Under the command, the player has infantry, tanks, armored personnel carriers (APC), helicopters, and other military hardware.

Also the player can win medals for successful missions and get promoted so revealing the special options. Some of these options are:

We have decided not to include the resource building and management and instead focus on the combat aspects. The reason for this is that trough our own experience, and most importantly through our conversations with many gamers, we have come up with an almost unanimous conclusion – as military-strategy fans, we want as much action as possible! We desire bigger and better units with awesome weapons, more explosions, and burning metal, and that is exactly what we are trying to deliver in Will of Steel
Si: Which games have inspired you into making Will of Steel and so how unique will it be compared to the games in its genre?
Uros Rogulja: It is no secret that most of us military-strategy fans love Command & Conquer series. They remain the best, really the standard, in military RTS genre. All of us developing even remotely similar games are looking at C&C series trying to learn their tricks.

Just so you don’t think I was paid by Westwood Studios to promote their games, I will say that even their games have shortcomings (jokingly).

Of course, for a game to be successful, it cannot simply be an imitation of a well-known game, gamers quickly recognize copycats. That is why we have tried to mix standard, proven-to-be-good-and-fun, gameplay elements with some truly innovative features. Certainly the one feature that is generating the most buzz is the voice-recognition. Basically we wanted to let the players communicate with their units directly by voice and in a natural way, as a commander would do on a battlefield. For those who want to play this way, there is no need to go trough menus or memorize keyboard shortcuts. Of course, those who choose otherwise, can completely ignore the voice feature and play the game as they would any other.

If you are unable to use the voice feature because you don’t own a headset, please do get one, the experience is well worth the cost - again, I was not paid to endorse the headset manufacturers (jokingly).

Also, if you are like me and enjoy playing games in a nice comfortable chair on a laptop outside, this game will be a dream come true. Just relax, activate the voice commands and create some havoc - but watch out for that nosy neighbor who may watch in awe as you’re yelling at your laptop “open fire!” (jokingly).
Si: Which game feature are you most excited about? 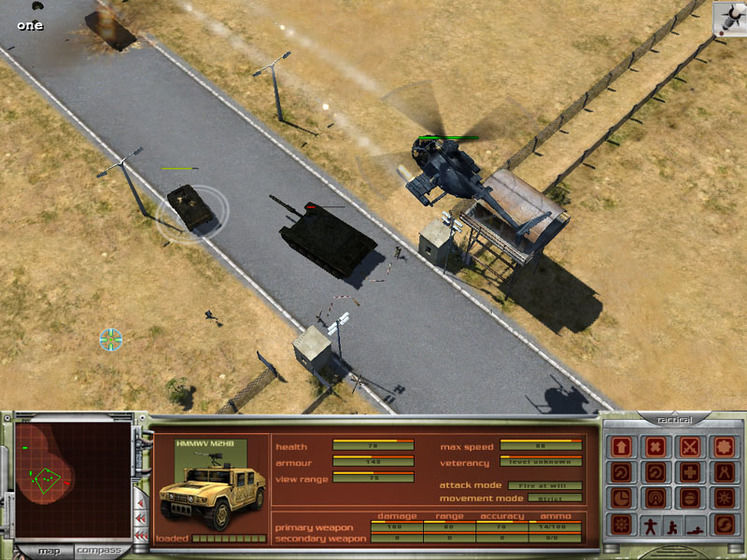 Click on the picture to enlarge it
Uros Rogulja: I know I have mentioned it in the previous question, and we have certainly covered it in the press release, and it has been discussed by gamers on various forums, but I cannot emphasize enough how different and exciting the voice-recognition feature is.

I have played over and over the Will of Steel demo (coming soon to a download site near you (jokingly)) with and without the voice feature and the difference is immeasurable. Without the voice, I am playing a strategy game, selecting units and eliminating the enemy, and no matter how good the game is, can’t say I haven’t done that before (jokingly). With the voice feature on, I am communicating with my troops, telling (often yelling (jokingly)) them what to do. It is no longer just a game, it becomes my army and I against whomever and whatever dares stand in our path (jokingly).

In order for me not to get beaten up by our programmers (jokingly), I do have to mention that besides the voice-recognition, the game has other exciting features such as different climate conditions (rain, fog, thunder), nearly completely destructible environments, dynamic lighting and shadows, and the Sun changing its position and brightness as missions progress through the day! Oh, I almost forgot to mention that we have given special attention to graphics of each in-game object (I have to appease our 3D artists as well (jokingly).
Si: What sort of machine will the game require to run at optimum performance?
Uros Rogulja: We are hard at work trying to optimize the game as much as possible to make it enjoyable to gamers with the widest possible range of machines. We want to make the game run smoothly both on built-for-newest-games PCs and those of casual gamers.

We will very soon specify the exact minimal and recommended system requirements but I can guarantee that all those who are able to run the current generation of PC games will have absolutely no problems running Will of Steel.
Si: Would you like to add anything? 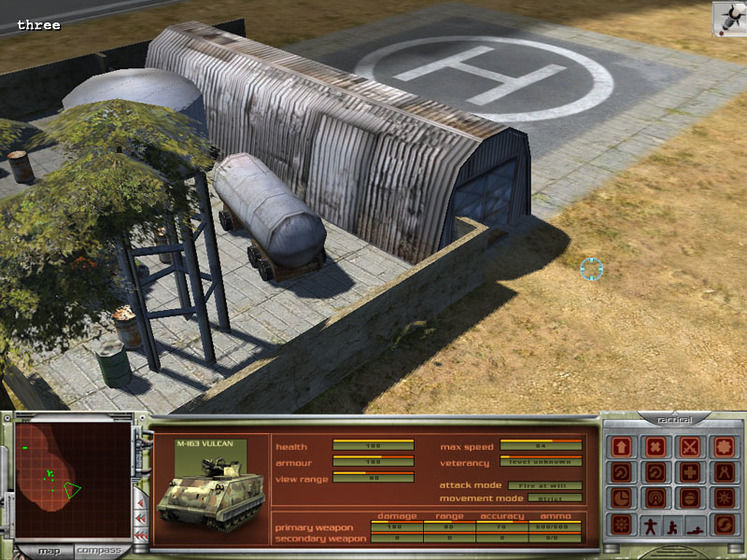 Click on the picture to enlarge it
Uros Rogulja: As a gamer, I hope to see more innovative titles out there in the future, regardless of the genre or platform. For our next game, we have plans for tons of new features and we intend to make the voice part even better, we’re not done creating convention and genre defying games (jokingly). Thank you and everyone else who took the time to look at our game.

Will of Steel Essentials 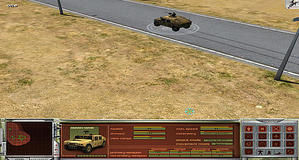