01 May 2008 | By Jamie Davey
A diablo community which has pakred itself at diablo3.com is now preparing it's move elsewhere as Blizzard want the space.

Now what could the developer possibly want with the suggestive address of Diablo3 I wonder?

Here's a notice the previous owners, and the temporarily current, of Diablo3.com had to say to visitors:

Well, there's no point in beating around the bush any longer, so let's get right down to it. A few months ago we were contacted by Blizzard in regards to the Diablo3.com domain name. While they appreciate all the work that's been put into running this big Diablo fan community over the years, they still want the domain name. Hmm, I wonder why? Now before you get all up in arms about it, allow me to explain a few things.

First off, this fan site isn't going anywhere, it's just getting a new name: Diablofans.com! Blizzard is actually being really cool about it, giving us all the time we need to make it a smooth transition before we hand the old domain over to them. So be sure to update all of your bookmarks and point 'em to diablofans.com instead. Your user accounts will all still be perfectly functional and, along with this new site name, we'll soon have a big site redesign up and running as well. A new name, a new look. Huzzah!

Secondly, while Blizzard is indeed acquiring the diablo3.com domain name, they told me that this shouldn't be considered an announcement for the Diablo 3 game we've been waiting for all these years. They acquire new domains all the time.

Blizzard already has plenty of buzz around them for reviving StarCraft, a cult classic real-time strategy game full of intriguing lore. Now we could finally see the return of that scamp Diablo, these are good times indeed if true. 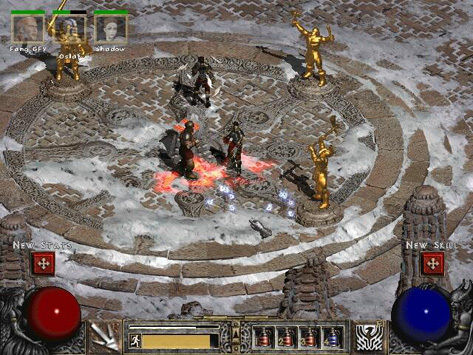