01 December 2008 | By Simon Priest
Wheelman's creative director Simon Woodroffe has shed a little light on a title Midway is busy working on. He believes it's already "looking as good as Gears 2".

Shared technology is behind all this excitement says Woodroffe as he reveals the publisher has another "really cool game" coming out of Chicago, both "probably not due until 2010".

"I just saw a demo of a new Midway game that's in development. I can't tell you too much about it, but they've been on it for three months and it looks as good if not better than Gears 2," said Woodroofe speaking with VideoGamer.com. "This is only possible because of the sharing of technology."

"It's similar to Gears, but a totally different set up. I'd say that if we were to take all of the games that sold on next gen formats, averaged a couple of things out, this will be as successful as anything in the top end. It's a very exciting concept."

It would seem Woodroffe isn't scared by the prospect of 'over hyping' as he feels it's all completely justified this time around.

"It's already looking as good as Gears 2, but the game mechanics are kind of different. It's going to be really big and really important," Woodroffe explained. "It's not often, especially when you're a cynical type, that you see a prototype or creative slice and just get blown away by it. But in this case, the hype is justified."

It's the sharing of technology, resources and knowledge that Midway have been working on for so long that pays off apparently.

"We have 600 to 700 devs, all with Unreal experience, all working for the same company, all of whom can talk to each other. When we hit a problem, we have more people working on the engine than anybody - by a long way."

"And we have a massive pool of resources to draw upon. At least one team has dealt with pretty much every feature you might want in a next-gen game. Which means that we, as designers, are in a great position - because we can actually build games to be games, not just technology showcases any more," Woodroffe concluded. 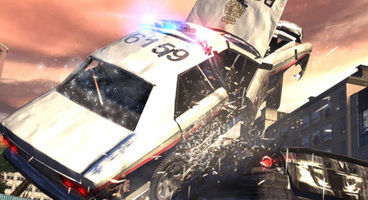 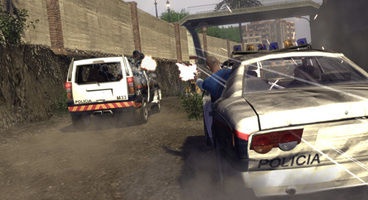