01 December 2008 | By Simon Priest
With the acquisition of LEGO games developer TT Games by Warner Bros. you'd be forgiven to expect a new plastic brick videogame adventure like every six months.

Not so says TT Games' Nick Ricks, as he explains that Warner doesn't pressure the team to churn out IP junk into LEGO saying "quality games for young gamers is our goal."

"If we did want to exploit lots of licenses very quickly, we think we could use that - so yes there are lots of opportunities, and we're licking our lips at what we could do, but at the same time we need to be very guarded that making quality games for young gamers is our goal," said Ricks, speaking in an interview with GamesIndustry.biz. "We don't need to rush out and produce dozens of Lego games based on Warner Bros properties."

So far we've seen LEGO Star Wars, LEGO Indiana Jones and LEGO Batman - all have been near indisputably cool, and deliciously addictive.

"We're in it for the long haul, so there's no push from Warner Bros to do that either - it's very much business as usual, but with the comfort of knowing that we're partnering with someone who has a real drive to become an industry leader, and have the opportunity to know there's all these things we can exploit when the time is right."

Click here to read the full interview between Nick Ricks and GamesIndustry.biz. 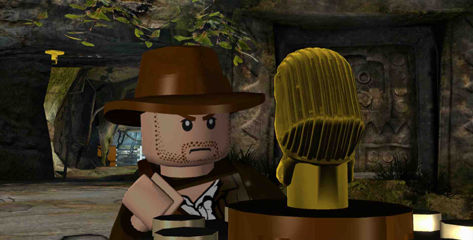