The Wheelman developer fender bendered by "impact of GTA 4"

GTA IV had "changed gamers' expectations" and so the Midway team injected "a little more" realism into The Wheelman's own vehicular populace. The trend setter strikes again.

"Our game was already quite different, but GTA 4 moved the bar in terms of what people expected from an open-world driving game," explained Woodroffe, speaking with VideoGamer.com.

"Before GTA 4, open-world driving games generally had more accessible, more arcade-like, handling. Even the previous GTAs were like that. But GTA IV moved the bar towards realism - even super-realism, you know?"

Feedback was suddenly changing as those pesky Houser brothers at Rockstar managed to flip the expectations of videogamers.

"We started to get feedback from our focus testers, within weeks of GTA 4 coming out, that the basic driving was dropping in popularity. It had gone from being the most highly rated element, to one of the lowest on the list. And I'm looking at this and thinking, "There's only one reason for this. GTA 4 has changed gamers' expectations"," he continued.

"All the physics stuff stays very close to me and the design team, so it was work for a few hours or so, and polishing things up for a week or two, to change the way Wheelman felt to be a little more realistic and a little more grounded, based upon the feedback we were getting, based upon the impact of GTA 4."

Many were taken aback by the radical shift in vehicle handling that came with GTA4 compared with the previous titles, but it seems to have paid off as it leads the genre was again. 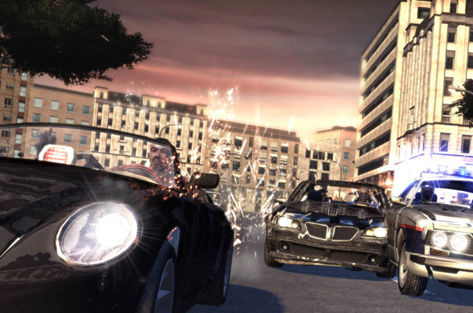