04 February 2008 | By Kres
Microsoft announced this afternoon that Poker Smash, a puzzle poker game with a twist, will be released onto the Xbox Live Arcade along with an update for Crystal quest this Wednesday. 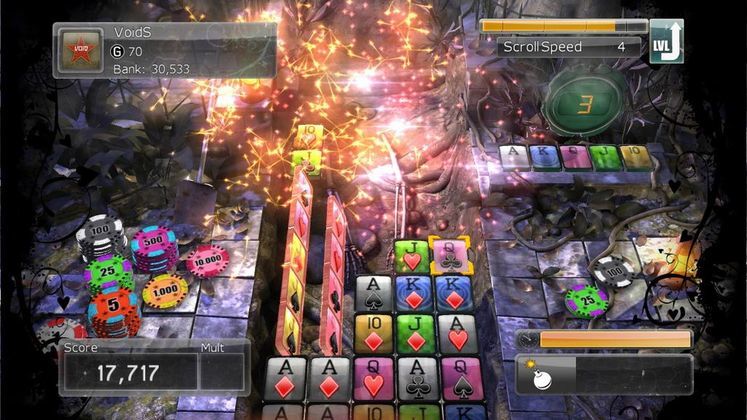 In Poker Smash players must rush to clear rows of cards by arranging them into poker hands. To keep things interesting Poker Smash offers card-blasting bombs and a super slow-motion trigger for players caught in a bind.

Poker Smash also features 12 Achievements with a total of 200 points, including “Score of the Gods” which requires gamers to reach up to 1,000,000 points.

Additionally, the Xbox LIVE Arcade classic Crystal Quest will receive a free gameplay update this week. Developer Stainless Games has added a score multiplier. This update will make the game faster than before and opens up the possibility of even higher scores.

Yo can grab Poker Smash this Wednesday 6th Feb for 800 MS points.