Capcom's upcoming Dark Void still "about a year" from completion

04 June 2008 | By Jamie Davey
Yes the salivating jet-packed shooter is still firmly planted on the horizon for now as Captivate 08 revealed, also multiplayer gets the boot.

Kraig Kujawa, Capcom's US director of design, said they needed to sacrifice multiplayer so they could "focus on making the most kick-ass, single-player features possible."

"For this version, we have a million innovative things that we're doing that haven't been done before and we have to get those right in the single-player experience."

It's better to focus on singleplayer and get that great than to spread resources thin and deliver a so-so performance. Dark Void mixes ground and mid-air combat as humanity fights an alien threat we previously thought banished, just our luck.

Dark Void is being released on PC, Xbox360 and PS3 to an unannounced future date. 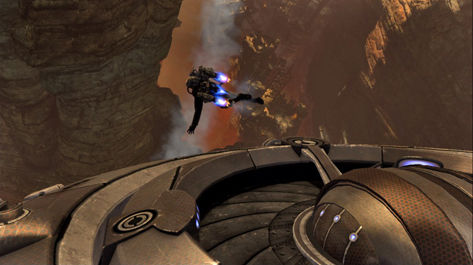