05 February 2008 | By Kres
Sony Computer Entertainment Japan announced this morning that it will be releasing a new 40GB PlayStation 3 model that comes with a “Satin Silver” color and is to be released in Japan on March 6th 2008 at a retail price of 39,980 yen (£189). It will also allow consumers to use the new DuelShcok 3 controllers (which you'll have to buy separately), but place your bets now on how much this bundle would cost if it was released in the UK. 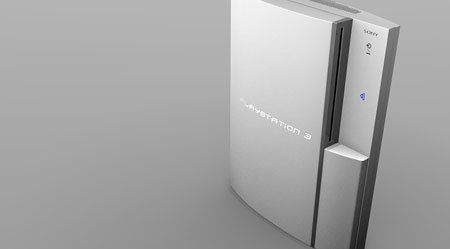 A new fine metallic “Satin Silver” is offered as an additional color to the existing PS3® (CECHH00 Series) line-up of “Clear Black” and “Ceramic White”. Choosing from a broader selection of colors to match their lifestyle and preferences, users will be able to enjoy next generation interactive entertainment contents on Blu-ray Disc as well as via the broadband network at home.