As you might know, Elven Legacy is a sequel to the Fantasy Wars turn-based war game. One of the unique selling points in the original game was the ability to change the scale of the battlefield map. In most war and turn-based strategy games, players could only look at the battlefield from a distance and were only able to see one large figure on the hex symbolizing a whole unit. Entire units stood on the battlefield, but from a distance it all looked like a swarming anthill.

We thought, ’How boring! It would be much better if a player saw a large colorful figure of, say, an orc, without having to guess what this stirring dot is.’ What if when a player zoomed in the camera on the battlefield, they saw a real unit of brutal warriors? Or even better, what if the number of figures reflected the real strength of a unit? With our idea for the game camera, the player could almost look in the eyes of any goblin.

Oh my god! If only we had known how many hardships we would have to overcome to get this feature as large as life! But, honestly, even if we had known, we would probably have done it anyway. 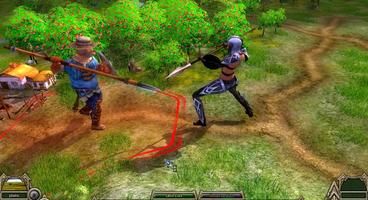 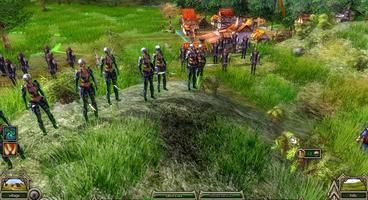 Our first attempt at creating the zoom feature produced some strange results. When we zoomed in to view the larger figures, all the characters appeared to be clones moving in sync! We had to go back and create variety of appearances for each type of warrior to help differentiate them. For example, royal knights were given an assortment of different lances, different shields with arms, and different helmets with or without plumes. Then we changed the character animations to have a slight mistiming. The difference was amazing. Instead of clones, now we had a detailed array of warriors who were all engaging in their own individual behaviors - some were looking back, some kicked the ground lazily, some scratched themselves and some examined their weapons. Wonderful, isn’t it?

More problems started when we ordered the units to move. ‘Where are you running, you idiot? Why do you all want to run through the same point? No-no-no, don’t turn at such angle, you’ll crush each other!’

We had to write new pathfinder code, which was completely different from the one we used for the large scale view. In building the new code, we had to take into consideration a lot of different things that happen during battles. How do warriors choose their rivals? How do they strike? How do they defend? What if several enemies attack one warrior and then supporting archers from the next hex shoot them? How would warriors die and what would happen to their bodies? How would survivors return to their hex after a battle? And how would survivors find new places in their formation after a battle, given that there would be fewer warriors? What if a terrible spell was cast upon a hex? Presumably, small goblins would fly away as during an explosion, but what would happen to heavy knights? Would they also fly away or collapse to the ground under the magic blow?

While solving all these problems, we had another thought. Why are we looking at that massacre from a normal game angle? It would be awesome to show the battles from the best angles, including being able to show a panoramic view of any battle. So we made battle cameras. For players who prefer to choose an angle of the camera, this feature can be turned off in options. 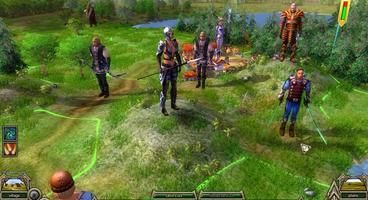 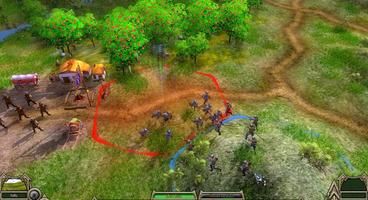 Another challenge was to decide how to change the scale during battles. What do we do if a player zooms out the camera during a battle, turning the units into large-scale figures? The large-scale view has simpler battles, just exchanging a couple of strikes and only displaying hit points if a warrior is hit. Because of this simplicity, a battle passes quicker when the player is zoomed out. So when the large scale a battle is over, the small scale continues on. We had to really think hard to solve this problem, but managed to find a solution.

In our concept for Elven Legacy, the game camera allows not only zooming in close to the ground, but also allows the player to tilt the view so low that the player can see the horizon, the sky and the boundless scope of the Illis kingdom. However, by putting the camera in this position and changing the scale, the load on a graphics card grew like a snowball. When just a moment ago, 800,000 polygons were being drawn, there are now all of a sudden 8,000,000 polygons! We had to use an intricate optimization technique to remove the objects that won’t be seen in the frame from the graphics processing. As a result, the change of scale function works really well and, as far as we know, it is a unique graphics solution among war games. Our programmers weren’t too pleased though. As they constantly reminded us, ‘We had to make two games!’