Should EA takeover TakeTwo, they have "incentive" to delay GTAIV

07 April 2008 | By Jamie Davey
For any who've watched the latest Bonus Round over at GameTrailers you'll have picked up the chilling words of analyst Michael Pachter.

He said that if Electronic Arts managed to take control of TakeTwo they would benefit from delaying the launch. T2 are contracted with Microsoft to deliver the game on time.

“I think it’ll be done and will be street ready but I think that if EA takes over Take-Two they have an economic incentive to delay it," comments Pachter.

While it couldn't be ruled out completely, the likely hood of Rockstar Games delaying Niko Belics world debut is very, very low indeed. The Microsoft contract aside, it's in the interest of TakeTwo to see an April 29th date for their investors.

The game has been delayed already from last year’s October to the end of this month, Rockstar look excited and very confident for release - which is what matters most.

“If the Housers think that there’s 2 percent more improvement they can make with an extra few months, why not?”

“Take-Two financially has to get that game out… They’re going to be pretty much tapped out on their credit line and their cash position, so they need the money. They need to get it out.”

All attempts by EA to buy-out TakeTwo have been rebuffed by the executive board; the publishing giant has even resorted to appealing to T2 investors directly with mixed receptions. 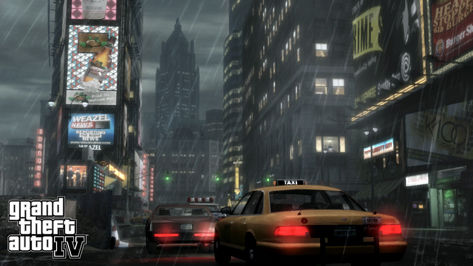