MotorStorm 2 will get its demo before launch say Evolution Studios

07 May 2008 | By Jamie Davey
Paul Hollywood, creative director at Evolution, has said at Sony's PlayStation Day event that a demo for upcoming MotorStorm Pacific Rift is planned.

He also said the game will "be locked at 30 frames-per-second in 720p", something the pre-alpha demo version lacked at the event.

"Yes, there'll be a downloadable demo on the PSN Store before launch," said Evolution's Hollywood. "Autumn 2008 is when we're coming out. I don't know the date or what we're going to do with the demo - that'll be forthcoming."

MotorStorm is an arcade style racer so a stable frame rate is a must for the fast paced action. With the increase in the number of tracks and interaction of the environments its even more crucial to avoid drops. 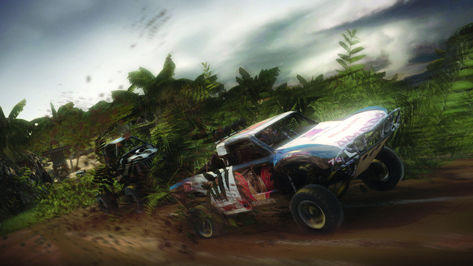