08 May 2008 | By Jamie Davey
The recent patch released for PS3 has 'fixed' the stutter and lock-up issues, it was linked with the GameSpy servers and the immense load they experienced.

Rockstar "apologize for the inconvenience this has caused." GTAIV should be back in the good graces of the Sony masses once more, hopefully.

They say the patch "prevents Gamespy's servers from being overloaded and therefore reduces the impact on those servers that were causing the game to stutter and lock up."

"We continue to monitor the performance of the game both on and offline and will provide further updates as necessary," they told CVG.

"We want to assure everyone that, together with our hardware partners, we continue to strive to give our fans the best possible interactive entertainment experiences possible. This update will ensure that everyone will experience Grand Theft Auto IV the way it was intended."

It's unfortunate that even console games -- previously considered to be a safe bet for little to no problems -- are increasingly subject to rising issues. The chances of programmer woes go up when titles are launched on more than one SKU. 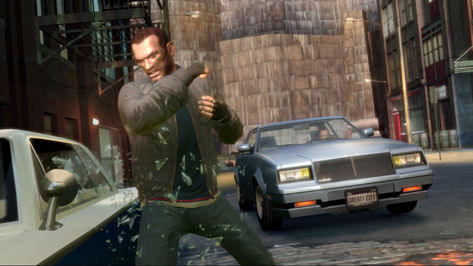